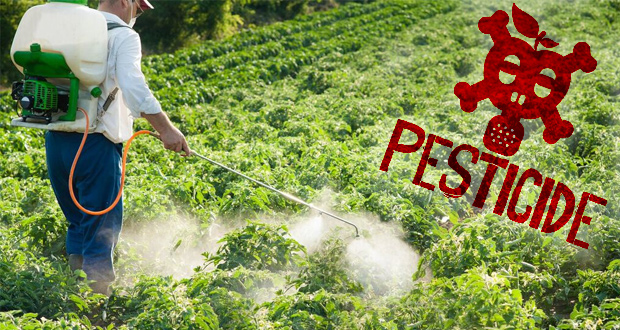 Eating fruits and vegetables with high amounts of pesticide residue—such as strawberries, spinach, peppers, or grapes—may reduce women’s chances of conceiving and bearing children, according to a new study from Harvard T.H. Chan School of Public Health.

The study, published October 30, 2017 in JAMA Internal Medicine, looked at 325 women undergoing infertility treatment as part of the Environment and Reproductive Health (EARTH) study. Researchers compared information about the women’s diet, drawn from questionnaires they filled out, with U.S. government data on average pesticide residues on fresh fruits and vegetables, in order to estimate the women’s diet-related exposure to pesticides.

Jorge Chavarro, associate professor of nutrition and epidemiology at Harvard Chan School and senior author of the study, said that women trying to conceive may want to limit their intake of high-pesticide fruits and vegetables or eat organic versions, or choose low-pesticide produce such as avocados, onions, or oranges. “I am now more willing to buy organic apples than I was a few months ago,” he told TIME.

Lead author of the study was Yu-Han Chiu, a doctoral student at Harvard Chan School.