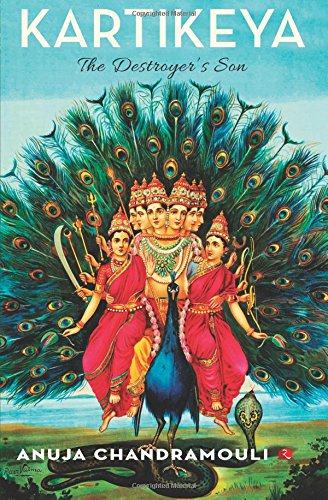 The Hindu pantheon has a number of eminent, eclectic, and enigmatic deities. But few can be more mysterious than its god of war — a key figure in any divine assemblage. Yet, Kartikeya’s origin and even appearance have variant accounts, his achievements eclipsed by his younger sibling, and his following not as universal.

While the general consensus is that he is the son of Shiva, the Destroyer, and Parvati, born to defeat the asuras, who yet again dethroned the devas, there is a certain school that attributes his parentage to fire god Agni. Then there are accounts that say six babies were born of Shiva’s seed and became one, while some say he was one with six faces.

Then did Kartikeya defeat the asura Taraka, or was the asura ruler Soorapadma? What did he do after defeating the asuras? And why is he more popular across south India?

Despite Sanskrit’s pre-eminent poet Kalidasa writing about the birth and exploits of the god in “Kumarasambhava”, there are no definite, conclusive answers — but that doesn’t mean there aren’t any. As Anuja Chandramouli, who is a unique combination of new age classicist and a most compelling storyteller, shows in this book.

And her work on Kartikeya — one of the three new books she has out this month — is not merely a recounting of the god’s story in modern language, but an inspired and imaginative retelling. And in this, comes out the essence — which was these accounts’ original motive before form trumped content, and ritual bested right conduct.

For Chandramouli, who has earlier presented Kamadeva and Shakti as seen never before, keeps to her trait of not only working a unique and contemporary sensibility into the lore, but also a more nuanced depiction of good and evil, duty, destiny, power, love, gender relations and rights, especially, and above all, mercy and redemption.

And true to her style, she doesn’t begin with the travails of the devas, but Parvati, who has finally realised her goal of union with Shiva. And when the devas come, it is with their king Indra, who is delivering a long harangue to the trinity’s Preserver, Vishnu, how the divine couple are delaying emergence of their progeny, who will help him regain power.

Chandramouli doesn’t have a very high opinion of the king of the gods as per her unflattering depictions in the past, and here too, it is not much different — with Indra more a resentful, manipulative power-hungry debauchee than a celestial being.

On the other hand, Soorapadma, despite being the “undisputed Lord of the three worlds”, has “grown heartily sick of it all”. And then while his his brother Simha is conscientious in helping better the lot of his subjects despite facing slurs, the other, the infamous Taraka, is cruel but mostly to keep his family’s honour.

The obvious point is that even those portrayed as evil have redeeming points and those as good may not be spotless, and it can also be a circular process — like the cyclical idea of time in the Hindu ethos.

But coming back to our protagonist, Chandramouli lyrically recounts the strange circumstances of his birth — and how it affected the fire god, and the wind god and Ganga herself, his raising, and his relationship with his parents.

And before his battle with the asuras (instigated most cynically by Indra), there is a telling episode where Soorapadma and Simha go to see Kartikeya on Mount Kailash and discuss the limitations of power. The inevitable conflict — told in a dream form that is a staple of Chandramouli — is set against how Kartikeya treats his defeated foes.

All this has to be read to be relished, but not necessarily believed as gospel. For that is the beauty of Hindu religion, in which many versions can co-exist without any problem. (IANS)