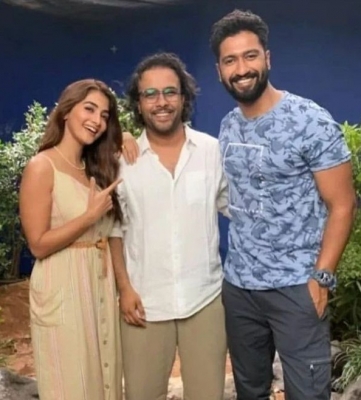 Mumbai– Actress Pooja Hegde and Vicky Kaushal are likely to appear in a new project.

A picture of the two actors along with filmmaker Abhaya Raha is posted on social media. They are likely to work for an ad film and the shoot has taken place last week.

Earlier Pooja has appeared in multiple ad films, and the most recent was, with the Bollywood megastar Amitabh Bachchan. She also has ‘Acharya’ with Ram Charan, Salman Khan’s ‘Kabhi Eid Kabhi Diwali’, ‘Cirkus’ opposite Ranveer Singh, and ‘SSMB28’ opposite Mahesh Babu in the pipeline.

Vicky on the other hand has multiple projects in his pipeline including ‘Govinda Naam Mera’, ‘The Great Indian Family’ and Laxman Utekar’s untitled next opposite Sara Ali Khan.

Ahmed Khan on why he chose Aditya Roy Kapur for ‘Om: The Battle Within’

Mumbai– Producer, director and writer Ahmed Khan in a candid conversation shared on ‘The Kapil Sharma Show’ why he chose Aditya Roy Kapur as the lead in ‘Om: The Battle Within’. 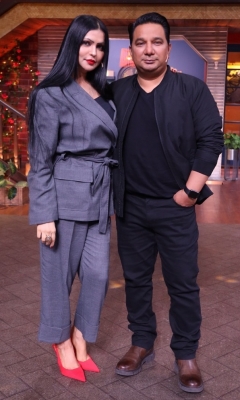 Ahmed said: “I had watched one of Aditya’s films ‘Malang,’ where he performed one stunt, the first thing I noticed was his bicep. For a moment I did not know what to notice, him or his biceps (laughs).”

On why he feels that Aditya was a perfect choice, Ahmed added: “While discussing the film, Kapil said that Om is Aditya. And that is where it struck me. Aditya has a perfect body and an amazing personality. All we needed to do was add a bit of action to it and that’s where we found our hero Om in Aditya.”

Ahmed Khan along with his wife, Shaira Khan, and leads Aditya Roy Kapur and Sanjana Sanghi are appearing as special guests on the show.

Elated and excited to be a part of the film, Aditya shared: “Honestly, I grew up watching action films of Jackie Chan and Bruce Lee with my father. I don’t know how I got into being a romantic hero. But I feel finally I am on track as I always wanted to do an action film. Thanks to Ahmed that he saw that in me.”

Mrunal Thakur: I never reject a movie on the basis of my character’s on-screen age

Mumbai– Mrunal Thakur, who’s most recent outing is the family sports drama ‘Jersey’ opposite Shahid Kapoor in which she plays the mother of a seven-year-old boy, says that she never regards age as the deciding factor to play a part in any on-screen outing. 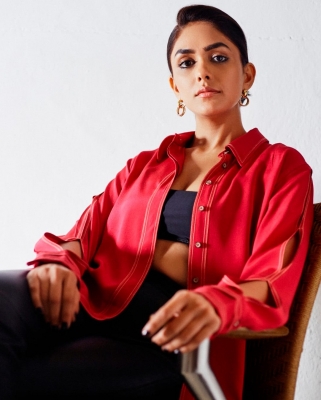 Mrunal says: “There have been times when actors were cast for their ability to play a role, irrespective of their actual age – and a lot of them have been quite successful at it. In fact, most of them have been applauded by the whole industry to have taken up the challenge.”

“My decision to work in a film has and will never be based on the age of my character. Rather, it will be dependent on how well do I resonate with the script or how interesting or challenging it would be for me to get to play a much younger/older version of myself on the big screen.”

She added: “Mainly because just make up and styling does not help elevate the performances in this case, it’s how us, as actors try and perfect the mannerisms of a character that is nowhere near our actual age – and that is how the audience also relates to both us (the actors) and the story that we’re telling them.”

Mrunal will be next in a family comedy film ‘Aankh Micholi’ with Abhimanyu Dasani followed by war drama biopic ‘Pippa’ with Ishan Khatter and Priyanshu Painyuli.

Mumbai– Bollywood actor Ajay Devgn, who is gearing up for the release of his film ‘Runway 34’, publicly replied to Kannada superstar Kiccha Sudeep’s opinion on Hindi not being the national language of India, on Wednesday. 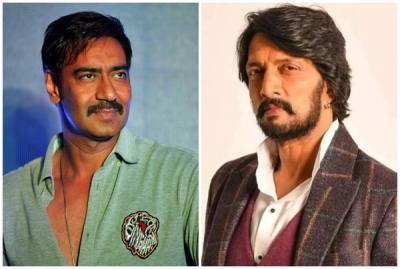 Sudeep had earlier made a comment at the film launch of ‘R: The Deadliest Gangster Ever’. When probed about a Kannada film becoming a pan-Indian hit, Sudeep told media, “You said that a pan India film was made in Kannada. I’d like to make a small correction. Hindi is no more a national language. They (Bollywood) are doing pan-India films today. They are struggling (to find success) by dubbing in Telugu and Tamil, but it’s not happening. Today, we are making films that are going everywhere.”

Incidentally, Ajay was recently seen in a cameo appearance in superstar director S.S. Rajamouli’s magnum opus, ‘RRR’ along with Ram Charan, Jr NTR and Alia Bhatt. The film, which was a pan-India release, was dubbed in five languages – Hindi, Telugu, Tamil, Malayalam and Kannada. (IANS)