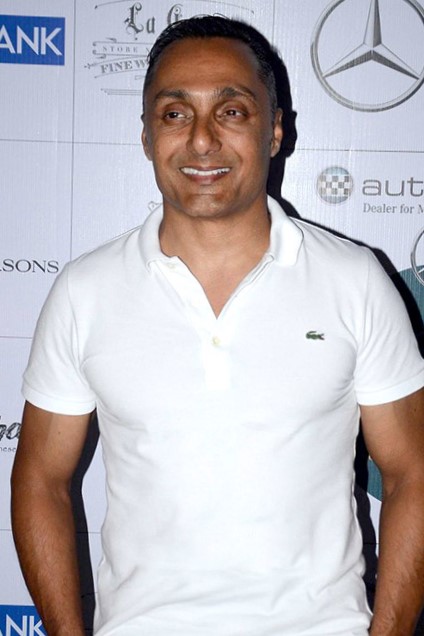 Mumbai– Bollywood actor and social activist Rahul Bose, who lent his voice for a digital campaign against domestic violence, says that the major responsibility of any individual, including celebrities, is to be a good human being with a set of high values.

Reports have stated that cases of domestic violence have increased duing the ongoing lockdown. “Articles and anecdotal data published across the world say how domestic violence has increased in European countries, in North America and other parts of the world including India. During the lockdown when the male members of the family are staying at house, they get frustrated. Females, who had a little freedom in the absence of the males, are also not getting it. So, the frustration is building up for both. Naturally, there is more domestic violence under these situations,” Rahul told IANS.

“It is great that along with prominent Bollywood faces, the Chief Minister of Maharashtra also supported the campaign,” he added.

This is not the first time when the actor has come forward to address social issues. He has been constantly working on social initiatives like education for underprivilege children, climate change, and gender equality among other issues.

On the social responsibility of a celebrity, Rahul said: “Whether you are a celebrity or not, the only responsibility you have is to be a good human being with the value of tolerance, non-discrimination, compassion, non-violence etc. I think that is the responsibility that we all have. When a popular personality lends voice to a cause, he or she believes in that. The onus that we put on celebrity, that ‘if you are influential, you should talk about social issue’ is something I disagree with. It is enough to deliver your best in your respective field and just be a good human being with a lot of compassion.

“If you do anything extra, then that is great. But it is not incumbent of contingent on you. It does not make you less of a human being if you do not do it. I think that way, there are a lot of unfair responsibly placed on the shoulder of a celebrity. Having said that, our ‘Lockdown On Domestic Violence’ campaign has crossed five million views in just two days, and it is growing. That would have not to happen without the involvement of celebrity. Yes, we have the power and if that is used in an effective manner, society is benefitted ,” he explained. (IANS)