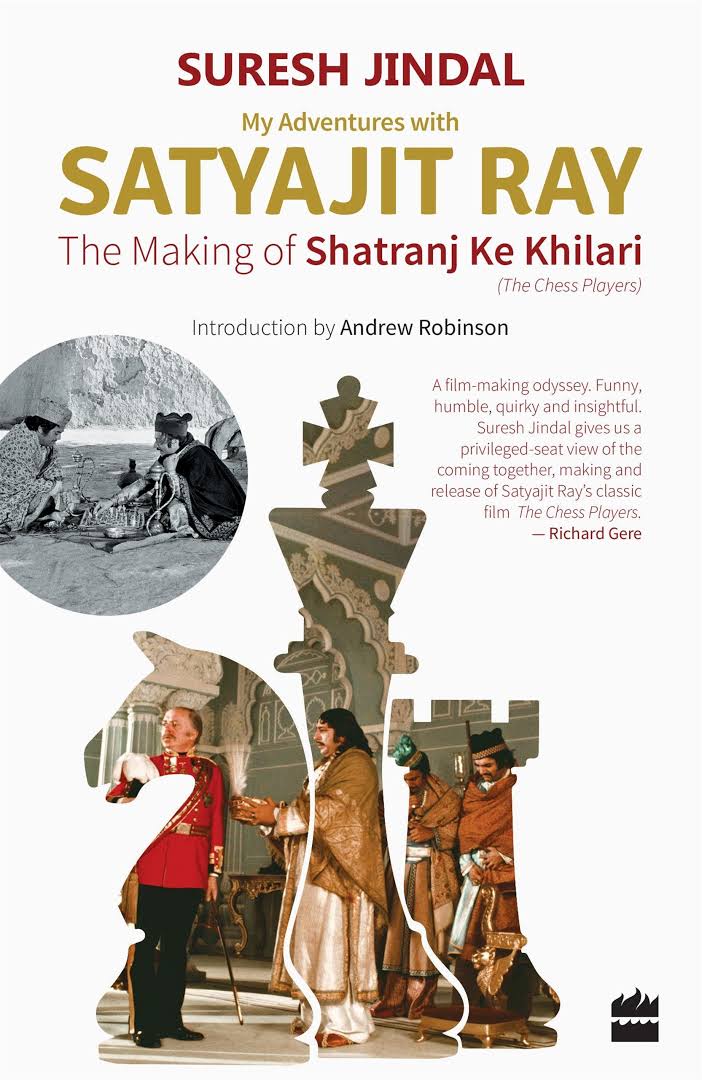 India’s tryst with cinema is more than a century old. Many stalwarts have made several great films. However, when it comes to be counted in the world’s greatest directors, only one name finds place — Satyajit Ray. He is counted among such giants like Kurosawa, Fellini, Bergman, Goddard, Spielberg and Scorsese. His abiding influence on not only artistic cinema in India but the world over is unique.

Ray was born in an elitist Bramho family of what was then Calcutta. Ray’s grandfather Upendrakishore was a writer, illustrator, publisher and printer and his father Sukumar Ray was a pioneering Bengali writer of nonsense rhyme (abol tabol) and children’s literature but died when Ray was only three. Brought up by his mother, Ray graduated from Calcutta’s Presidency College and went on to study at Santiniketan, the university founded by Rabindranath Tagore. He had been deeply interested in music, art and literature since childhood. In 1943, he joined D.J. Keymer, a British advertising firm (which later sent him for six months in 1949 to London, where he devoted all his non-working hours watching world cinema and was exposed to neo-realist films like De Sica’s “Bicycle Thief”). In 1947, along with critic Chidananda Dasgupta, he founded the Calcutta Film Society.

His passion for films ultimately persuaded him to give up his job and launch his first film, “Pather Panchali” (Song of the Road) in 1950. After years of patient struggle, the film was finally released in 1955. The rest, as they say, is history.

In 1971, a UCLA-trained bania, Suresh Jindal, instead of joining the family business decided to make films. His first production, “Rajnigandha” (directed by Basu Chatterji), not only won a National award but became a sleeper hit of 1974. Jindal, flush with success, was audacious in his choice of his next project. Sitting one evening with his friend, filmmaker Tinnu Anand, who had been Ray’s assistant, Jindal suggested that they approach Ray to make a film in Hindi. Tinnu made a trunk call and to Jindal’s surprise the master asked them to come and meet him in Calcutta.

In his first meeting with Ray, Jindal hesitantly told the master: “Sir, I would like you to make a film in Hindi because I am from the Hindi film industry, or in English, or if not, then in Bengali.” To Jindal’s utter surprise, Ray replied in his baritone: “I have been thinking of doing a film in Hindi.”

As the conversation proceeded, Ray said he did have a story in mind but was unsure whether Jindal would be willing to make such an expensive film with him. Ray said he had Premchand’s short story “Shatranj Ke Khilari” in mind. Jindal was excited and read the story that night and went back to Ray saying he would love to go ahead with the project.

Thus began the process of Satyajit Ray making his first Hindi feature and his most expensive film. “My Adventures with Satyajit Ray: The Making of Shatranj ke Khilari” is a first-person account by Jindal about how the landmark film was made from its inception to release.

Ray had already made 26 films, including masterpieces like “The Apu Trilogy”, “Mahanagar” and “Charulata” by the time he got down to work on “Shatranj…”. The book gives us a ringside view of how the great filmmaker worked.

As Ray and Jindal were unwell for a while and the master was already working on a film, “Jana Aranya” (The Middleman), “Shatranj…” went into pre-production in 1975 but was postponed for a while as Ray had other engagements. In 1976, the Master did his much talked about detailing and research.

Ray also drew elaborate storyboards of all his films, including sketches for the sets and costumes and his scripts featured detailed sketches on the margin of his khata (notebook). The book contains several letters exchanged between Ray and Jindal as they planned the film. Ray is known for getting the right look in his films. For “Shatranj…” he and his art director Bansi Chandragupta travelled to various places like Lucknow, Jaipur and London looking for the correct props and references. Reading the book, the reader will realise the amount of work which goes into making of a film, specially when someone of the stature of Satyajit Ray makes it.

As Jindal writes: “We started filming in December 1976 and finished in June 1977. It took sixty-seven days to complete the principal photography. All interiors were filmed at Indrapuri Studios in Calcutta and the exteriors in various parts of Lucknow, a small village near Lucknow and Jaipur.

Ray was a true auteur, Jindal recalls. “A Ray film was solely his film. He wrote it, directed it, operated the camera (even if he had a designated cameraman), edited it, composed the music and designed the sets and publicity material.”

While the general tone of the book is laudatory, Jindal does mention a few incidents which did cause a slight confrontation between Ray and his producer. Ray, as we learn in the book, was very possessive about his unit and crew. While the actors were all in awe of him and were like the director punctual and prepared on the sets, Ray always made it easy for them. He was, unlike many other directors, conscious of the fact that films must recover their costs and must be seen by large audiences, yet he was not much aware of the machinations of the market forces. Though well-informed, Ray kept away from the mainstream industry. He always found a larger market abroad, especially on the art circuit.

Suresh Jindal has kept his narrative simple and lucid. The book is embellished with some rare working stills of the film and many sketches made by Ray for various sets, props and costumes. The book should appeal to all film lovers, specially the fans of Satyajit Ray. It has an added attraction in the form of a Foreword by the acclaimed French writer Jean-Claude-Carriere and an introduction by the noted film scholar and critic Andrew Robinson. (IANS)