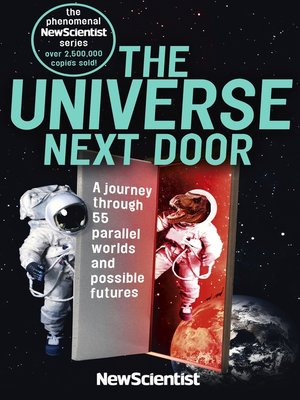 Are the principles explaining the cosmic home’s creation and functioning vital for our continued existence? How would our planet be sans its lunar satellite, if the dinosaurs continued to roam around, or humans didn’t exist or did without bodies or suddenly get wiped out? Can we control climate, time, genetics or replicate matter? And what will eventually happen to us?

These questions — and many others like them across various spheres of science, and even history, as collected in this book — may seem an exercise in imagination, but, as we learn, it has great relevance.

For in trying to find their answers or visualise such scenarios, we come across explanations for several mysteries of life and its plane of existence. We may find how we have got to our present state, and what our future — human and cosmic — may hold.

Introducing this collection of 55 “parallel worlds and possible futures”, Sumit Paul-Choudhury, Editor-in-Chief of popular science magazine New Scientist, admits that “these imaginary universes, separated from our own by accidents of fate, gulfs of time, or chasms of quantum weirdness may seem the stuff of daydreams…”. He, however, notes that thinking about them can amount to more than “amusing speculation”.

“These kinds of questions are valuable because they force us to abandon basic assumptions about how the universe works. That helps us to separate accidents of fate from deep truths — and can lead to answers far more intriguing than our intuition would lead us to expect,” he says.

And a galaxy of New Scientist writers, contributors as well as leading scientists, academicians and science communicators go on to dwell on a whole host of these matters, both universal and human.

The issues can range from those overarching and immutable — for instance the four fundamental forces of nature and what happens if we tinker with them (if we could, that is) — to the course our history would have taken had it been subverted — say, Nazis winning World War II or if Newton didn’t exist or Einstein was ignored.

Others relate to us on a more socially collective basis, concerning our present choices and future prospects — whether all of us going vegetarian would be helpful (the findings may come as an eye-opener to both sides of thought), to more individual in nature, in both abstract (trying to figure out the basis of consciousness — is it a state of matter?) to corporeal (can/will we exist without our bodies).

But though the issues are complex and serious, the treatment is extremely lucid, accessible and vivid — even witty where possible without trivialising the matter, to underline what a strange existence we are in — or could be in.

Take one striking example. Physics theory postulates a multiverse, where every possible world exists and there are infinite versions of all of us. Elaborating on the possibility, one of the contributors says in this many-world interpretation, every decision he (or we) may take in this world, “creates new universes: one for each and every choice I could possibly make”. He goes on to quip there may be one where “I’ve just written a paragraph which explains that more clearly”.

On the other hand, more stunning are the explorations about a world where humans are non-existent or where they suddenly get wiped out, and a world where all life — humans, animals, plants, and microscopic organisms — disappears.

Then a view of what evidence of our life we may leave for our distant descendants is compellingly thought-provoking.

While Indians with an interest in science — rather than the spurious old “glories” and other obscurantist stuff that is being peddled at present — will find this an absorbing read, others should also read it to understand how inconsequential the issues they go virulent about — films, historical “injustices” and so on — are in the greater scheme of things. (IANS)