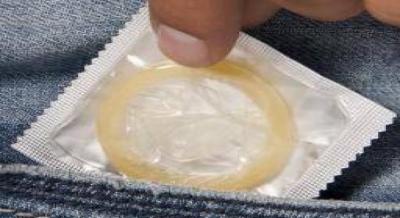 New Delhi– To harness youth and ensure their health and well-being, Condom Alliance – a shared value collective of condom market players and other stakeholders to improve the well-being of young people in India, launched India’s first ever Condomology report. Condomology stands for Consumer Condom Psychology and aptly describes the context and focus of the report that offers an understanding of the consumer psychology and attitude towards the use of condoms, while demystifying the misconceptions and other barriers to use.

A nation with 50 per cent of population under the age of 24 and 65 per cent below the age of 35 years of age, 78 per cent of young male between the age of 20-24 did not use a contraceptive with their last sexual partner- according to National Family Health Survey – 4 (NFHS – 4), indicating the need to urgently address an imminent crisis in reproductive and sexual health. Increase in the number of unplanned pregnancies, unsafe abortions and the rise in the number of STIs serve as a significant barrier for achieving the nation’s goal of sustainable development for the youth.

The report attempts to address some critical questions – Why are we low on condom usage? Where does India stand with regards to the Global Condom usage? The answers all indicate that unfortunately, despite the social media boom and the influx of casual dating apps, the youth still struggle with years of social conditioning and societal judgement with regards to accurate and essential information about protected sex and contraceptives.

The statistics indicate an imminent reproductive and sexual health crisis:

Only 7 per cent of young women and 27 per cent of young men had ever used condoms in pre-marital sex. Only 3 per cent and 13 per cent, respectively, always used a condom, according to study titled “Condom Use Before Marriage and Its Correlates: Evidence from India” conducted by the Population Council in 2011.

India ranks third highest in the number of HIV cases, according to the United Nation (UN).

The condom market has only witnessed a 2 per cent CAGR in volume, in the past few years despite the campaigns led by government bodies and other institutions to encourage the use of contraceptives Globally the numbers of women relying on male condoms increased from 64 million to 189 million from 1994 to 2019

Unlike the rest of the world, condom usage remains extremely low at 5.6 per cent based on the NFHS 4.

The report attempts to demystify the social and psychological reasons that create a barrier for use through the following key questions:

“Why do I need a condom?” — The lack of awareness about the rather serious and grim repercussions

“Is using a condom the right decision?” — Myths and misconceptions related to use

“How do I procure a condom?” — The barriers faced in the last mile

Ravi Bhatnagar, member of Condom Alliance and Reckitt Director of External Affairs and Partnerships in Asia, the Middle East, and South Africa, further added: “The report calls to all key stakeholders to take stock of the situation and respond in a concerted manner to bring about the necessary behaviour change. From the implementation of the recently launched adolescence education programme in its true spirit, to sensitising chemists for smoother purchase transactions to removing broadcast restrictions on condom advertisements — there is still much ground to cover. There is an urgent need to galvanise support and take steps as a society to address the psychological and social barriers that prevent our youth from making the right choice of using condoms.”

Joining the chorus, Mr. Balaji, member of Condom Alliance and Senior Vice President, Operations, TTK Protective Devices Limited — TTK HealthCare Ltd, said, “The past year has been a year of reflections. As a race we have suddenly realised the importance of making healthier choices. There can be no better time than this to review and address barriers that prevent our youth from making the same healthier choices when it comes to sexual and reproductive health. This report is a step in that direction. It aims to initiate the necessary conversations and discussions amongst key stakeholders and bring these conversations about safe sex and contraceptives in mainstream society.” (IANS)