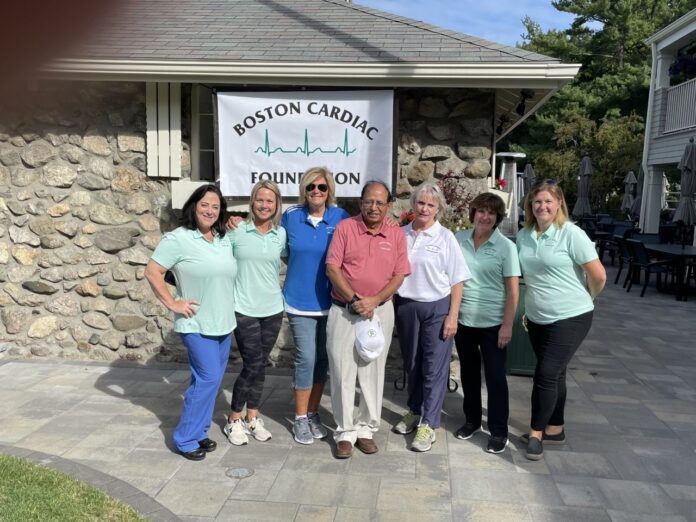 BOSTON–The Boston Cardiac Foundation held their 10th annual golf tournament and fundraiser this month at the Bellevue Golf Club in Melrose, MA. In addition to a successful round of golf with over 70 players participating, the event included a helicopter ‘golf ball drop’ followed by dinner.

The charity raised over $60,000 in support of missions in Africa, South America, the Caribbean and India.

The foundation was started by Dr. Salil Midha, Chief of Cardiology at the Melrose Wakefield Hospital, Melrose, MA, and under his leadership the team has performed more than one thousand lifesaving heart operations over the past 30 years.

In June of this year, the Boston Cardiac Foundation team completed their second mission to Haiti where they implanted permanent pacemakers for patients who otherwise could not afford the lifesaving care. In addition, teaching and training sessions were held with staff from Hospital Sacre-Coeur to further support patients in the region. The pacemakers and supplies were generously donated by Abbott St Jude Medical, and the team members included Dr. Carl Turissini, Dr. Paul LeLorier, Brenda Houde, Austin Johnson, RN and Alaina Horwood from Abbott.

The Boston Cardiac Foundation is a non-profit organization that brings medical technologies and services to those in need around the world. The BCF team is made up of physicians, nurses and technologists who perform cardiac procedures such as pacemaker implants with follow-up, coronary stenting and angioplasty free of charge for patients who cannot afford the lifesaving treatments.

“The Boston Cardiac Foundation strives to fulfill our motto of ‘helping one heart at a time,” said Dr. Midha. “It has been an honor to help those in need all over the world for 32 years. I am thankful that our team is able to make a difference for so many patients. We are excited about our next mission to India in October 2022.”