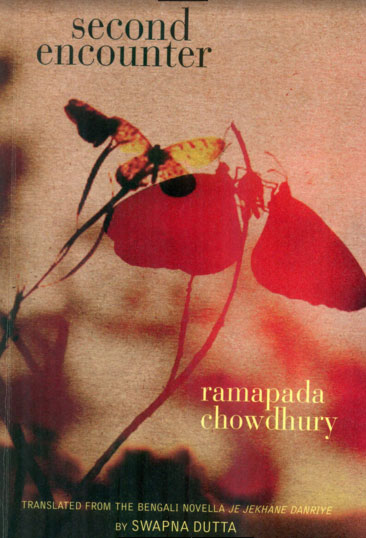 It is true, as the saying goes, that love knows no boundaries — surviving across borders, time and space. In other words, the desire can neither be restricted to a particular generation nor suppressed by any individual at any point of time.

But, is life all that simple? How deep and dependable is unspoken and unfulfilled love? Does physical proximity necessarily bring one closer? Do values and outlooks change when one considers one’s children? What is love’s ultimate goal? These are some of the questions readers will find themselves asking as the novel explores the myriad shades of love.

The protagonists of the story — Anupam and Anjali — rejuvenate their unrequited love for each other, even after a long gap of 20 years, when both of them unexpectedly land up with their separate families at a distant tribal village in Bengal.

The author has appropriatley depicted the internal emptiness within the two souls that remain unfulfilled till the end in spite of they being a family.

“What did a woman want from life? Hadn’t Anjali got it all — a handsome and caring husband, a charming daughter like Jhumjhum, a carefree life and more than enough money? In short, hadn’t she managed to acquire happiness itself? Perhaps she wanted to introduce a spot of fresh colour into her monotonous life by looking back at memories,” the author writes.

Both the lovers continue to pine for each other till the end, ignoring all inhibitions, but terminate relations drastically as destiny had in mind separate destinations for each of them.

The Bengali title of the book, “Je Jekhane Danriye”, is more than justified as both Anjali and Anupam remain stranded at the same place where they had left each other 20 years ago. A mere chance encounter between them was unable to decrease the wide gap created in the past, instead enabled them to face the harsh reality of their individual lives.

Translator Dutta, quoted author Chowdhry as saying: “I’d like to add that my novel portrays a real life situation and is not just a figment of my imagination.” To that extent, he succeeded because the book was made into a successfull film in 1974 and broadcast as a radio play by All India Radio.

Unfortuantely, the present generation which moves at a faster pace in comparison to earlier ones, simultaneously experiences love, relationships and break-ups within the blink of an eye. Rapidly changing partners is fast becoming the norm.

“The people’s concept of love and priorities in life have changed greatly over the decades and the story might seem unrealistic to the modern generation of readers,” Dutta told IANS in a email interaction.

Thus, Anupam gets disheartened when he watches his son experiencing the same tender feelings as he did in his youth. Witnessing history repeating itself once again, he reacts: “I never imagined for a moment that you too would be a fool, just the way I had been, and fall in love! I had thought that you belonged to a different generation, practical and tough, well able to shake off the thorns of disappointment from your heart.”

“Those who believe their love to be true and deep often find it difficult to accept the same feeling in the next generation. It makes them confused, flustered, wary and unhappy,” the translator noted.

“Je Jekhane Danriye” was published in 1972, nearly 45 years ago, when life’s and one’s priorities were very different. As was one’s concept of love. People then had relationships that were largely idealistic and platonic — as the love described in this book.

Therefore, some readers may find it difficult to relate the book. But, for those who use their imagination and travel back in time to the situation portrayed would highly enjoy and appriciate the book.

To that extent, it also serves an anthropological purpose, chronicling as it does a bygone era. (IANS)