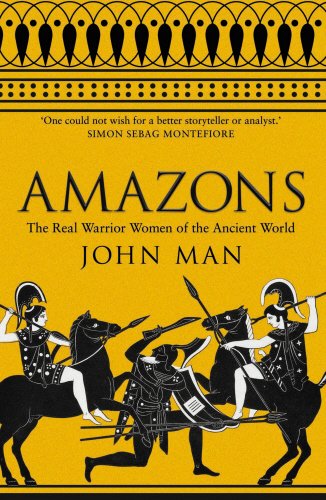 Myths can have great staying power, even beyond their original catchment area. This one began as a major concern (or even worry) of Ancient Greece’s patriarchal society and then spread across five continents over the coming centuries, inspiring, among others, the names of a great river and a global delivery firm, as well as a superheroine seen recently on film.

And the Amazons are reflected in some of the most effective fighters seen in the last two centuries, from the shock troops of an African king, a group of daredevil Soviet pilots during the Second World War and some doughty fighters of Kurdish paramilitaries.

But did this group of formidably fierce, horse-riding women warriors — who mutilated themselves to be better fighters, hated and avoided men (except for procreation from which they only kept the girl child and practised male infanticide), as per the Ancient Greeks — have a basis in fact or history, or were hearsay, rumour and (patriarchal) fears rolled together? And what is their significance?

In his latest book, acclaimed British historian John Man takes the plunge to find out, traversing cultural history, travel, archaeology, anthropology and gender relations among others.

Man, whose well-known books on Genghis Khan, Kublai Khan and Marco Polo, among others, combine history and personal travel experiences, says, as a child, he used to read comics about superheroes (which “includes superheroines and supervillains”) and while he grew out of them, he was recently impressed by one of their earliest characters.

“Only one appeals to me: Not because she’s been around for seventy years, not because she has recently starred in her own blockbuster, but because of the depth of her back-story. This is Wonder Woman, daughter of Zeus, princess of the Amazons,” he says, terming her “even more Amazonian than the Amazons of Greek legend”.

This, he says, is because she outstrips the original Amazons in the purpose for which the Ancient Greeks spun stories about them — which was not to extol their bravery or way of life. And there is “now much more to the Amazons than myth”.

And Man, starting from where Aristotle went wrong in his political categorisation of man, takes us to back in time to the boundless grasslands, stretching from Hungary to China’s Manchuria, where Wonder Woman had “real ancestral sisters”, who belonged to a “different way of life and a far more sophisticated one than the Greeks dreamed of”.

Exploring the Amazon myth in Greek culture, especially in Homer’s “Iliad”, as well as a conjecture of how the Greeks could have conceptualised it, he takes a brief but necessary digression to deal with the prevailing error of Amazons’ supposed custom of “burning off” their right breasts so as to wield their bows better, before moving eastward (in person too) into Eurasia to acquaint us with the Scythians — a generalised term for several related cultures of the steppes where both men and women were herders and warriors, as we learn from their excavated tombs.

Man then traces how the myth endured down the ages, influencing art, literature and popular culture, while “giving the names of Amazon not only to individual warrior women (and countless women fighting for countless causes), but also, more accurately, to very rare groups of women fighters” as the myth inspired and was also impacted by the real world.

This is achieved through the stories of present-day men — and women — who have succeeded in replicating the steppe warriors’ prowess in archery on horseback, in the attempts of Spanish conquistadors and others to find Amazons in the Americas and how these led to naming of a mighty river in South America.

He then brings out the cultural manifestations of Amazons in Europe from paintings to plays, in the comic book industry in the US and, more grimly, in wars from the European scramble for Africa, World War II and finally the conflict in Syria and Iraq.

Above all, it is a seminal look on the grounds (equality of sexes) where “barbarianism” trumps “civilsation” and how some institutions (patriarchies) can only survive by conjuring a threat. (IANS)