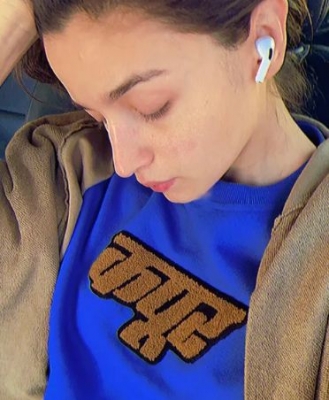 Mumbai– The Ranbir Kapoor and Sanjay Dutt-starrer period action film ‘Shamshera’ opened in theatres on Friday and Alia Bhatt can’t contain her excitement. Alia, who herself has two big releases lined up so far – mythological fantasy adventure film ‘Brahmastra’ and the streaming film ‘Darlings’, took to her Instagram to show appreciation for her husband, Ranbir Kapoor.

The actress posted a picture of herself on her Instagram with the caption: “It’s Kapoor Day! Shamshera in theatres NOW!!!! Go watch (sic).”

In the picture, Alia can be seen wearing a blue t-shirt that reads “Kapoor” in Devnagri, she has eyes closed and appears to be listening to music with earphones plugged in. The actress paired her t-shirt with an earthy coloured jacket.

Alia’s mom, Soni Razdan too wrote of praise for Ranbir in the comments section of the post: “What a dhamakedaar film Don’t miss it.”

Alia and Ranbir got married on April 14 after dating for almost five years. The love story, which started on the sets of the duo’s upcoming film, ‘Brahmastra’ finally came to fruition as the two exchanged vows in an extremely private wedding ceremony in front of roughly fifty guests.

The first part of Ayan Mukerji’s ‘Brahmastra’ is all set to arrive in cinemas on September 9, 2022 but before that, Alia’s ‘Darlings’ which she has co-produced will drop on Netflix on August 5.

Manushi Chhillar: I have been noticed because of my work in debut film

Mumbai– Bollywood actress Manushi Chhillar, who will be seen starring opposite actor John Abraham in the upcoming film ‘Tehran’, believes that she has been noticed because of her work in her debut film ‘Samrat Prithviraj’. 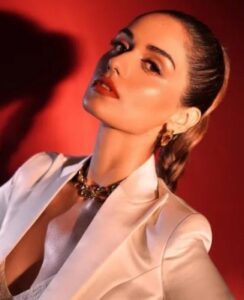 ‘Tehran’ is a film inspired by true events and Manushi is ecstatic to have landed her third big Bollywood project. She says: “I’m thrilled to have signed my third film and it’s amazing that I have been noticed because of my work in debut film in which I really put in my everything.”

“I personally love this genre of films that are inspired by true events and I hope to do my best in Tehran. I have to thank my producer Dinesh Vijan for his trust in me and for making me a part of this incredible project.”

The young actress adds: “I’m really looking forward to working with John Abraham and creatively collaborating with him in Tehran. I thank my director Arun Gopalan for believing that I can be a part of his vision.”

“It is amazing to be associated with such big projects at the start of my career and this validates my belief in myself as an actor. I want to give it my all in Tehran and I hope I get love from media and audiences.”

Manushi is happy that the media and audience have also loved her new look in the film.

She adds: “I sport a new look in this film and I’m really excited about it. I want to do varied roles and be a part of the best films being made by our industry.”

“‘Tehran’ gives me an opportunity to shine bright and I hope I can do justice to the role on screen. I will work very hard for it.”

A Maddock Films production in association with Bake My Cake Films, ‘Tehran’ has been directed by Arun Gopalan, written by Ritesh Shah and Ashish Prakash Verma, produced by Dinesh Vijan, Shobhna Yadav and Sandeep Leyzell.

Mumbai– Actress Khushi Dubey, who is playing Chikki in web show ‘Aashiqana’, says that she was so happy when she was offered the role. She feels that the show has everything to grab the attention of the audience. 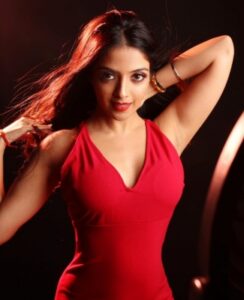 “I think my role in ‘Aashiqana’ is a dream-come-true role for any actor. The entire concept of the show is murder, romance, thriller and these are some of the things that I personally like a lot. And I was really speechless when I got to know about this role,” she says.

“I’m fortunate to get to play the main lead where I’m getting to do a lot of action sequences. We sometimes even have night shoots as per the requirement and I have got some injuries also, but all this is part of the game,” adds the actress who has done shows like ‘Kaisa Yeh Pyar Hai’, ‘Baa Bahoo aur Baby’ and films like ‘Bombay Talkies’ and Zoya Akhtar’s ‘Dil Dhadakne Do’.

Talking about how she entered the industry, Khushi says: “When I faced the camera for the first time, I wasn’t camera conscious at all. I remember one of my dad’s friends saw me and told him, ‘Her eyes are really expressive. Why don’t you put her into the media line?’. My dad agreed and the photo shoot happened at my place. I was really camera-friendly and after that, my first project was ‘Ankahee’ under Vikram Bhatt’s direction. So, that was my first encounter with the camera,” she says.

She further shares her journey as a child star to playing a lead role: “It’s been going great; from playing the child star to playing the lead role. When I was a kid, I gained a lot of fame through my shows, one of which was ‘Naagin’. Whenever I used to go to school, my friends and teachers, especially my Principal ma’am used to appreciate my work. Of course, I had to balance my shooting with my education. Since I was also good in studies, I could balance well.”

Rashmika excited about her first visit to Delhi, thanks to ‘Animal’ shoot

Bengaluru– Rashmika Mandanna, now better known as Srivalli of ‘Pushpa: The Rise’, is the talk of the town with multiple project releases across industries. The actress is now heading to Delhi for the shoot of ‘Animal’ co-starring Ranbir Kapoor. 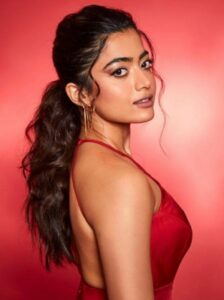 A source close to the actress revealed that “This is the first time Rashmika will be visiting Delhi for the shoot of ‘Animal’ and other work commitments. She is very excited about the shoot and to explore the city and meet her fans. Due to her busy schedule, she could never visit Delhi but now she will there for the shoot and her fans will be equally excited to have her in the capital city.”

The source added: “Rashmika will be travelling to Delhi on 26th and will be there for a couple of days.”

Apart from ‘Animal’, Rashmika will be making her much-awaited Bollywood debut with ‘Goodbye’ opposite Amitabh Bachchan. She also has the sequel of ‘Pushpa’ in her kitty. along with ‘Mission Majnu’ opposite Sidharth Malhotra and ‘Varisu’ with Vijay Thalapatty.

Chennai– Actor and music director G.V. Prakash Kumar on Friday reacted to the news of his winning the National Award for Best Music Director (Background Score) at the 68th National Film Awards by tweeing, “An important day in my life.” 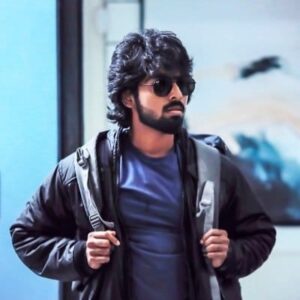 Soon after the news broke out that he had won the award for his brilliant score in Sudha Kongara’s ‘Soorarai Pottru’, Prakash tweeted a letter which read: “One day you will make it big … One day you will win … One day everything will happen the way you want … And after a long wait, finally the day arrives.

“Thank you Universe, thank you all. Big thanks to my father Venkatesh and my entire family, including Saindhavi, Bhavani and Anvi for all that they have given me.

“Big thanks team #Soorarai Pottru, director Sudha Kongara, Suriya sir, 2D and Rajasekar Pandian for giving me the opportunity to perform. Special thanks to all my musicians and my team, engineer producer Jehovahson. An important day in my life.” (IANS)