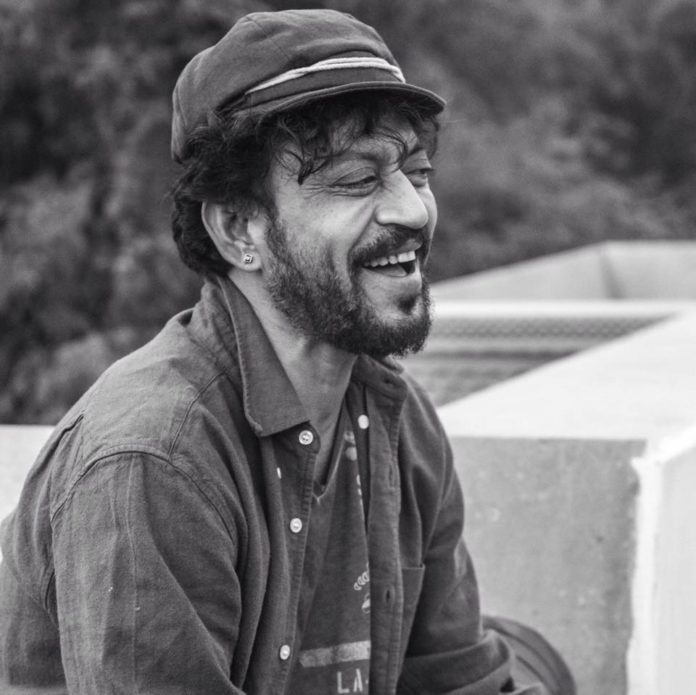 Mumbai–Irrfan Khan was a true on-screen chameleon who smoothly transformed from a top athlete to a bandit to a common man looking for a bride to a doting dad in films. The actor is no more, but his memorable roles in Bollywood films will stay forever in the hearts of his millions of fans.

Here’s the IANS guide to his top 10 Bollywood films:

He brought the life story of the late Paan Singh Tomar, a champion athlete who later became a bandit, to the big screen. It wasn’t easy to get into the skin of Tomar, who later came to be known as the ‘Bandit King’ of the Chambal Valley.

“Two months before the shoot, I took physical training from a Delhi-based national-level coach on Steeplechase. It was difficult but enjoyable. I also undertook lessons on voice modulation and pronouncation as I had to speak in local dialect,” Irrfan had said in a 2012 interview with Indian Express.

The film, helmed by Tigmanshu Dhulia, fetched him National Award for Best Actor.

The 2013 film was a romantic movie but not the usual one with actors lip-syncing to love ballads. He played a lonely man on the verge of retirement. But before his office days are over, a mistaken lunchbox delivery changes his life.

“I long to explore romance in different ways. I don’t often get that chance. This concept of love, we misuse the term. Love is a pure connection, a strong longing,” the actor had said in an interview to The Star in 2014.

It was essentially a father-daughter film that was appreciated by many for Amitabh Bachchan and Deepika Padukone’s natural acting. But Irrfan knew how to make his presence felt in the Shoojit Sircar directorial that had released in 2015. He played the role of a man who ran a cab service in Delhi. His profession makes him join the fun yet emotional ride with the father and daughter in “Piku”.

“The script was so new. The flavour of the film, the emotions were all so new and fresh. That attracted me. Also, the team… Shoojit and Juhi (Chaturvedi, the writer of ‘Piku’). I was dying to work with them,” Irrfan had told India Today in 2015.

The 2004 crime drama about passion and power was an adaptation of the play “Macbeth” by William Shakespeare. In the Vishal Bhardwaj directorial that had Ames like Pankaj Kapur and Tabu attached to it, he played the title role — right-hand man of an ageing don.

The multi-starrer had multiple stories in one film dealing with topics like extramarital affairs, love and heartbreaks. He essayed the role of a straightforward man desperately looking for a bride.

“I did not do any preparations for the role. My preparation was that I did not prepare for the role. I had complete faith in (director) Anurag Basu. The kind of character it was, it had to be done spontaneously. The only preparation was to think like a man who has not met a girl even though he is 37 years old now and still has not touched a girl. So one can imagine the desperation one feels when he has not touched a girl,” he had said jn an interview to movietalkies.com.

The 2016 movie showed him as a grieving father who later kidnapped a top politician’s son.

” I play a man who feels the system has collapsed completely and there is a need for a reform. My character is not based on any one individual. Nor is the film an attack on my political ideology,” Irrfan had told IANS in 2016.

In the 2017 comedy-drama, he played a rich businessman who did everything — even pretended to be underprivileged — just to get his daughter enrolled into an English school.

The 2018 movie took the audience on a fun road trip with Irrfan, Dulquer Salmaan and Mithila Palkar’s characters. Irrfan portrayed the friend who everyone would want in real life too. It showed his comic side and romantic sides too.

With a focus on student politics, the 2003 movie showed him as a student leader of Allahabad University that fetched him Filmfare Best Villain Award.

The 2020 film was a spin-off to “Hindi Medium. “Angrezi Medium”, primarily a father-daughter story, was one of the last films that released before the COVID-19 lockdown. He played a sweet shop owner and single father set to fulfill his daughter’s dream to study in London. (IANS)