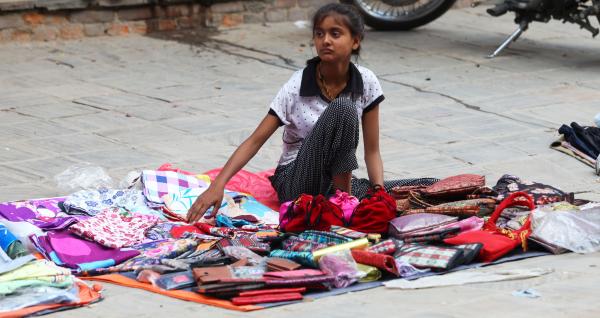 New Delhi–As child labourers grew by 160 million by the start of 2020 and the pandemic forced another 150 million into multidimensional poverty, Nobel laureates, child labour survivor-advocates, and youth activists on Wednesday together demanded the world leaders an end to child labour and child poverty through a dedicated, universal social child protection fund.

The appeal was sent out in the ‘International Year for the Elimination of Child Labour’ at a first of its kind virtual events, the ‘Fair Share to End Child Labour’ was hosted by Laureates and Leaders for Children and co-sponsored by the Government of Sweden, the Norwegian Ministry of Foreign Affairs, and the International Labour Organization.

The stage was set by Nobel awardee Kailash Satyarthi – last week made the global ambassador for SDGs – who said: “Laureates and Leaders has released a calculation. Just $52 billion can provide social protection to every child and pregnant woman in low-income countries. This amount is less than two days of Covid relief measures taken in G7 countries and equivalent to just 0.4 per cent spent in social protection programmes in Europe.”

US Congresswoman Rosa DeLauro spoke about the condition of poor children in her country.

Stating that “child poverty is a stain on the US,” DeLauro said, “This is a result of a policy choices 10 million children struggle against poverty in the USA.”

She also spoke about how it was recently that the USA started a child tax credit, a universal child allowance that is credited to a child’s parents’ account.

Honourary president of World Religion of Peace Bishop Gunnar Stalsett too lent his support for the cause.

The highlight of the event were small interventions by a child labourer survivor-advocate Khusboo Sharma (India), Founder of Street Beats Foundation and a survivor child soldier Wani Francis (South Sudan) and child labour survivor, Champa Kumari (India) and advocate Manan Ansari (India), who narrated their tales of survivals of either mining work or soldier as children and resolve to set free children like them still trapped in poverty and child labour.