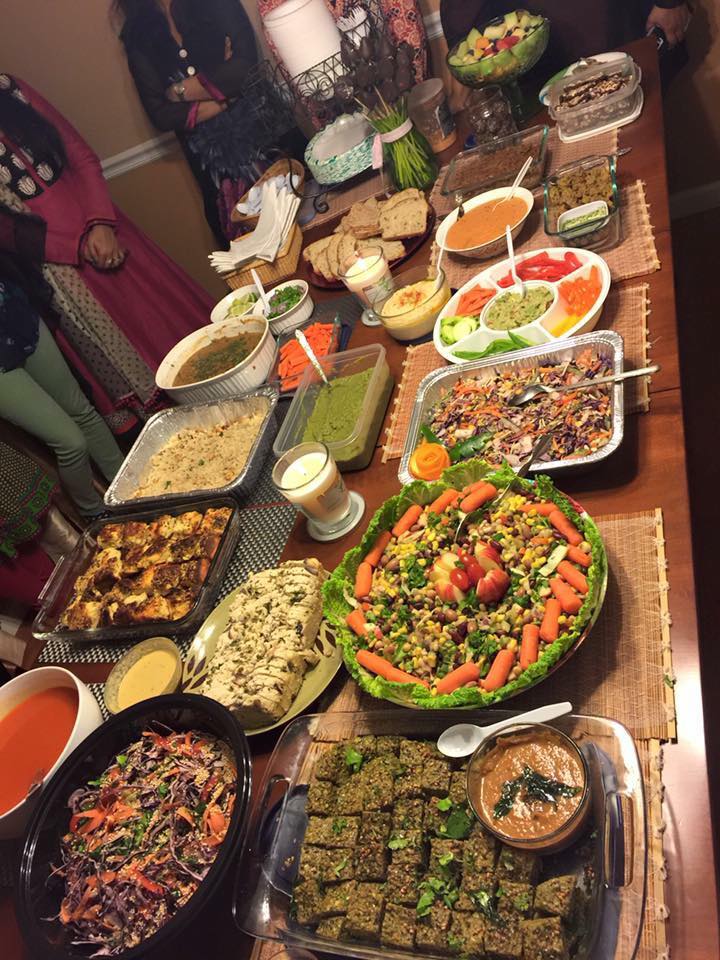 HARTFORD, CT–I am a first generation immigrant living in the United States for a couple decades now; living the American dream but rooted in Indian culture. Food is at the epicenter of us Indians and thus always on the mind of every Indian woman, whether a stay at home mom or a CEO at a corporate office.

In these years of living the fast paced life, playing multiple roles, being the typical soccer mom, wife and trying to keep individual identity, working; I had taken the easy route in many cases and used the many luxuries to my advantage: like buying beans in cans, yogurt containers, ready roti’s and parathas and of course indulged in eating out and slowly but surely the portion sizes that once were too much to eat, became a regular, and as time went by inches crept up around the waist. 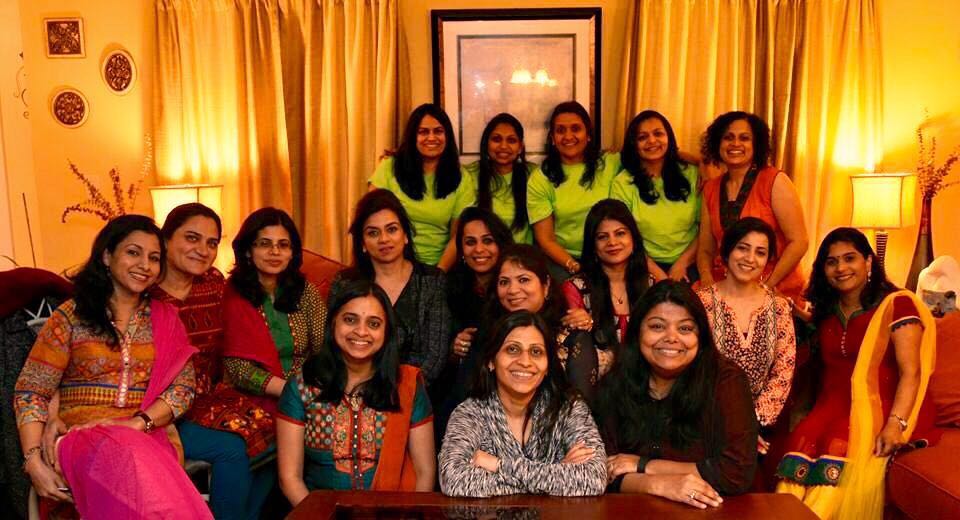 This led to desperate attempts of cutting calories and crash diets, low-fat everything and only protein diets. In effect more processed foods!!!

The things I learned in trying all the failing diets is that I couldn’t give up Indian food and that all foods I ate had to be TASTY (i.e. Masaledar), I learned that portions was my biggest downfall and that all “diet plans” available out there are not always catered for people following a vegetarian diet. This epiphany coincided with being introduced to NutriAge’s Eat Simple, Eat Clean workshop conducted by Sneh Jaisingh by a mutual friend who like me has been sailing the same boat and riding the same tide as me.

At first I was a bit skeptical about trying it out since it was “this new diet plan”, but the anxiety was soon displaced and filled with enthusiasm. Sneh created a list of ‘can eat’ and ‘can’t eat’ foods, and basic must have’s in the pantry, All of it very friendly for the vegetarian/Indian palette. These guidelines helped with cleaning out the pantry of all the CRAP:

And helped with stocking up on the real FOOD:

This was just the start, now came the fun part. I enjoy socializing on Facebook but I’d never been this excited to check and post updates as I did during these few weeks. For each week we received a suggested menu for Mon-Fri that included 5 meals each day and also a list of prep to be done the day before and grocery list for the week.

Readymade menu was the best part ‘coz coming up with what to eat is half the battle. My facebook page was flooded with pictures of some mind blowing food items each day, which served as inspiration for me to try out fun new recipes and share them with the community of health warriors. My repertoire of fun yet healthy foods has grown exponentially and so has my confidence in figuring out healthy yet TASTY food options.

In just a few days the unknown people became a close community with a common pursuit. Pursuit of eating healthy and feeding the family good food. In the second and third week, sneaky in her ways, Sneh threw in challenges as a part of the menu, like, gluten free days, no dairy days, eating raw foods all day, drinking chia water for
mid-morning snack and Apple Cider Vinegar water (eewww… yes, that’s how I felt) before dinner. We all know that healthy eating and exercising are two sides of the same coin; with that in mind, Sneh added another layer of health challenge by adding daily exercise plan and meditation.

The thought of some of these challenges made my stomach churn, especially raw foods. Raw food, really? How was I going to survive that day? I was a hot mess…. the overnight oats were a disaster, I nearly threw up on chia water, generally I love smoothies but I guess it just wasn’t my day for mushy liquids for raw foods challenge day, I never imagined digging my teeth into an apple would give me so much satisfaction of actually “eating” something solid. I was ready to abandon ship and jump off. This is when my warrior club came to my rescue with messages of encouragement and notes of just “hang in there, we are right here with you” and loads of shared recipes for fun ways to eat raw food came in from friends. Again, giving me a plethora of new items for raw eating to include in my daily eating plans.

The exercise challenge was a lot of fun, we did different things each day, like walk 2 miles, do an online bollywood dance workout, strength training etc, and because it was varied forms, it kept it interesting and the FB group helped in being accountable. Meditation helped tie in the mind and body piece together. Overall it was a holistic approach to keeping healthy.

They say it takes 21 days of doing something consistently to form a habit. After three weeks of eating healthy it was a part of our system, when the announcement of competition was made. We were to form teams within the larger community and compete for the most creative and healthy menu for the last week of the program. Create a name for the group, slogan, menu and create our own challenges for the week. This is what I call empowerment, Sneh handed off the baton for healthy eating and letting us be in charge of what we create. Everyone took the competition really seriously and came up with such amazing menus. This is when you are forced to say, “Who said eating healthy was boring?” Pictures of delicious and healthy foods flooded the FB page, by now I had a binder full of recipes to work with. Alongside the food and menu building we also kept up with the exercise and meditation portion.

The most amazing part of this journey was that even though the whole community is of Indian women, it is the most diverse group of women, may it be cultural backgrounds, language spoken or food choices. I learned so many new recipes of delicious South Indian and Rajasthani foods. My family was so impressed at the variety of foods that are being made at home, it was a big shift from the same 10- 15 meal ideas that I circulated within. During the course of the workshop I was also reminded of how my mom used to cook in India… all from scratch.

Food binds us to our roots as strongly as any song or poem. Many of us have learned more about our ancestors in the kitchen than we ever will from a book. I connected with my mom and aunt for different recipes, which I was avoiding up until now because I thought they were very time consuming. I was so happy to revisit my roots, to go back to making yogurt and paneer from scratch, making millet and shorghum roti’s; using a colorful rainbow of vegetables in everyday cooking; adding vegetables in every meal, adding a small portion of protein in every meal. Basically going back to basics.

I am so amazed at the sight of my grocery cart each week now, Its 80% produce and 20% grocery. Which in the past used to be a 50-50. This whole new system of cooking and eating and most importantly thinking about food and making a lifestyle change is exhausting at first but as they say, Discipline is the bridge between the goal and accomplishment. A little step goes a long way. Being aware and setting up a menu and making a prep list for each day, in advance makes life so much easier.

Talking about accomplishments, I started the program as a fancy form of diet, however at the end of the program my whole attitude towards the word “Diet” has changed. I look at this as an ongoing journey towards being and staying healthy. The number on the scale is not the most important thing anymore. I have noticed that my skin has a glow (no, I’m not pregnant!), my hair is shiny, my GI track is so happy. And yes the inches on the waist are fading slowly but surely. I still battle with portions at the weekend parties that have a spread of foods loaded with carbs and sugar, but I’m just so glad that now I have the awareness, which is the biggest step towards making the change. A notable accomplishment is that, I am at the gym or yoga class very regularly now and it is a part of my daily living. I miss it the days I don’t do some movement.

As an example of how parties can also be hosted with healthy foods and avoiding the carb and sugar heavy foods, I must mention the highlight of this workshop. At the end 5 weeks we decided to have a meet and great party to celebrate our journey and the different destinations we had reached. At first we thought of meeting at a restaurant but then the general consensus was to meet at a central location and have a pot luck party so we can share all of the popular foods that were featured in the past weeks.

One of the participant graciously opened up her home and some of us gathered to celebrate our journey. I drove 2 hours from CT to meet my new buddies. It was such an amazing get together, some people knew a few others in the room and some were completely new to all yet the comfort level was so high. It is said that “Food is the ingredient that binds us together”, and true to that saying, now everyone was connected with each other because we walked side by side during the past weeks in creating for ourselves a different lifestyle, a healthy lifestyle with food at it’s center.