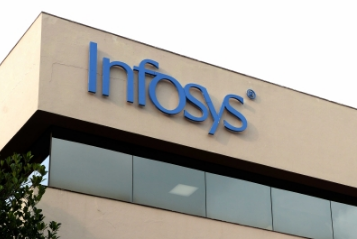 Mumbai– Analysts with leading equity trade houses in India believe that “no manipulation” took place in the recent movement of Infosys’ stocks which eroded over Rs 50,000 crore worth of investors’ wealth in a single day.

The movement was triggered by a whistleblower allegation.

Even Life Insurance Corporation’s (LIC) economic prospects got dented in the chaos. The state-run firm holds a 5.85 per cent stake in the company with a total 25.13 crore stocks.

Infosys stocks closed on Friday Rs 637.55, higher by Rs 2.15 or 0.34 per cent. Nevertheless, it had crashed nearly 17 per cent despite assurances from the company top brass.

The IANS spoke to various analysts on the issue, which has been taken up by market regulator SEBI and has drawn many theories and allegations of mass market manipulation and insider trading of the stocks.

However, most of the five analysts, who spoke to IANS, concluded that no manipulation has occurred.

One of the analysts on condition of anonymity said: “On the face of it, no manipulation has been detected by us. The issue is being looked into by SEBI.”

The analysts agreed that retail investors were spooked after the initial news spread about the company’s mismanagement of corporate governance.

Nonetheless, some analysts said that aggressive positions were taken in the forwards market, which hints that some market participants might have had prior knowlege of a price-sensitive information.

“In India’s case, prevention is better than cure, as cases and investigations take a very long time to get resolved. Therefore, we have one of the strictest regulations in the world,” an analysts said.

“We do require more norms and qualitative barriers even for whistleblowers. If an allegation is found false, then even the whistleblower should also be fined. Similarly, companies should be given limited time to come out and address these charges.”

According to Deepak Jasani: “While wanting to protect shareholder interests, SEBI and exchanges should avoid regulatory overkill that could deter unlisted companies from listing their shares in future.”

On October 22, investors massively sold their holdings in Infosys stocks over the recent corporate governance issues. The impact of the sharp sell-off was seen far and wide.

The stock movement was triggered after an Infosys employees wrote to the company board accusing its Chief Executive Officer (CEO) Salil Parekh and Chief Financial Officer (CFO) Nilanjan Roy of being involved in unethical practices for several quarters.

In a 2-page letter sent to the IT behemoth’s board of directors on September 20, the complainant said that in a quarter under review of fiscal 2019-20, the management put immense pressure on them to not recognise reversals of $50 million (Rs 353 crore) of upfront payment in FDR contract, as it will slash the company’s profits for the quarter and negatively affect its stock price.

The complainants, who called themselves ‘ethical employees’, said they have been instructed not to share large deal information with the auditors. (IANS)