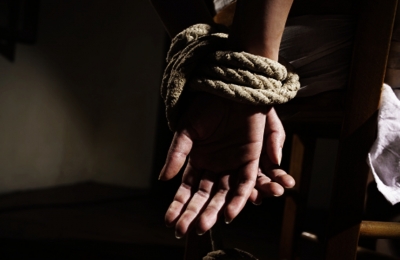 New Delhi– A 10-year-old girl who was abducted by her uncle from Bihar’s Araria district in 2018 was finally found in the national capital, and later reunited with her family, an official said on Wednesday.

According to the official, in a matter of family dispute, the family of complainant Aisa Khatoon, a resident of Dhoa Badi village in Araria, was assaulted by the family of her brother-in-law (the uncle of the girl) and his associates, and they took away cash, jewellery and the 7-year-old girl child was also kidnapped by them.

However, despite efforts by Bihar Police, the girl could not be traced.

On February 18, someone spotted the girl roaming in Delhi, and took her to Lahori gate police station that lodged her at Nirmal Chhaya in Hari Nagar.

“In routine practice, a team of anti-human trafficking unit of west district, on a mandate to reunite the children lodged in various children’s homes, visited Nirmal Chhaya, Hari Nagar and collected the details of the children,” Deputy Commissioner of Police (west) Ghanshaym Bansal said.

The Anti-Human Trafficking Unit (AHTU) team consisted of a lady constable Sunita, who has already traced more than 80 children in the last 9 months.

Initially, the girl hesitated to share her identity. However, after constant persuasion by the lady constable, the girl child narrated the whole story as to how she was kidnapped by her uncle from her village in absence of her parents and he brought her to Delhi and abandoned her at New Delhi Railway Station.

Since then, she was roaming here and there and was taken to Lahori gate police station by a passer-by.

After this the Delhi Police contacted the concerned the investigating officer (IO) of the case in Bihar and later a video call was arranged between the girl and the family.

The family and the concerned IO were then called to Delhi and with help of AHTU team, the girl was handed over on April 11. (IANS)