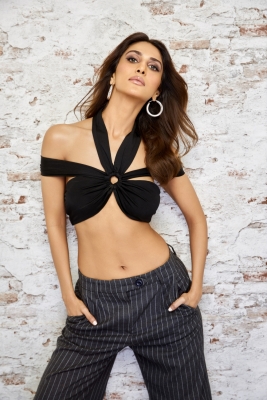 Mumbai– Actress Vaani Kapoor feels blessed to be working in the “best Bollywood era” because “there is wide acceptance of subjects that were deemed forbidden for actors” earlier.

Vaani says, “The fact that the industry has produced two back to back progressive films like Chandigarh Kare Aashiqui (CKA) and Badhaai Do shows the paradigm shift that the Hindi film industry is going through.”

“As an artiste, I feel I’m working in the best era of cinema because there is wide acceptance of subjects that were deemed forbidden for actors to choose.”

Vaani credits the progressive movie-going audience of India for accepting such films with open arms as it would lead to positive social change towards inclusivity for all genders.

Vaani says, “I’m delighted that both CKA and Badhaai Do found its audience and entertained people with a heartfelt story of inclusivity in a highly divisive world. As an actor and a consumer of cinema, I love entertainers that can leave a message and I’m proud that I was part of an uplifting film like CKA!”

“I hope the film made the right impact on the minds of audiences. The fact that my countrymen are encouraging cinema on gender equality is an amazing feeling because we all know that we can be an extremely progressive country.”

Vaani will be next seen in the much-awaited action drama ‘Shamshera’ that releases on July 22.

Mumbai– ‘Stree’ actor Aparshakti Khurana has been appointed as the host for the Critics’ Choice Awards, which is to be held on March 10. 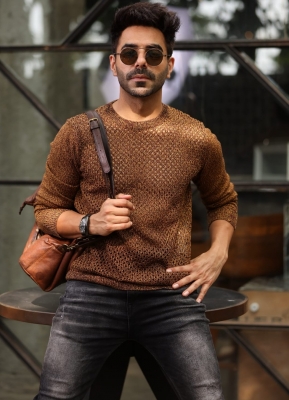 The actor feels honoured to be hosting the ceremony which recognises the best in the field of content.

Expressing his excitement on hosting the ceremony, Aparshakti says, “In an industry such as ours, talented artists and technicians transform content into something great. The Critics’ Choice Awards is a prestigious body that recognises the talent and hard work of so many people.”

“To be given a chance to host a ceremony like this is an absolute honour. I’m looking forward to entertaining the audience and celebrating art and the artists”, he adds.

The Critics’ Choice Awards, which will celebrate the best of Indian web series, short films, and feature films made in this past year across 23 categories, has been organised by the Film Critics Guild and Motion Content Group in collaboration with Vistas Media Capital.

Shruti Haasan is on board for Chiranjeevi’s next film

On the occasion of International Women’s Day, the makers made an official announcement regarding the same. 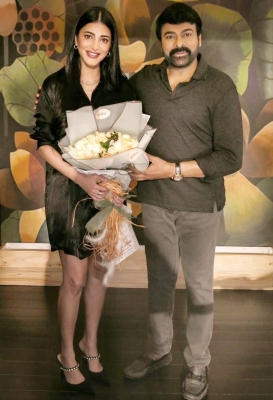 Welcoming the talented actress on board, the ‘Indra’ actor wrote, “On this Women’s Day, delighted to Welcome you on board @shrutihaasan You bring Woman Power to #Mega154 @MythriOfficial @dirbobby #GKMohan @ThisIsDSP ,” tweeted Chiranjeevi.

‘Mega154’ marks the first-time collaboration for both Shruti and Chiranjeevi. Billed to be a mass action drama, ‘Mega154’ is helmed by director Bobby (KS Ravindra).

The much-anticipated movie is produced on a massive scale by Tollywood’s leading production house Mythri Movie Makers. It is reported that the movie is in the initial stages of production and will get on the floors soon.

Naveen Yerneni and Y Ravi Shankar are producing the film, while GK Mohan is the co-producer.

Devi Sri Prasad who provided several chartbuster albums to Chiranjeevi, will compose music, while Arthur A Wilson handles the cinematography.

Niranjan Devaramane is the editor and AS Prakash is the production designer, while Chiranjeevi’s elder daughter Sushmita Konidela is the costume designer.

While story and dialogue were written by Bobby himself, Kona Venkat and K Chakravarthy Reddy are responsible to write the screenplay. 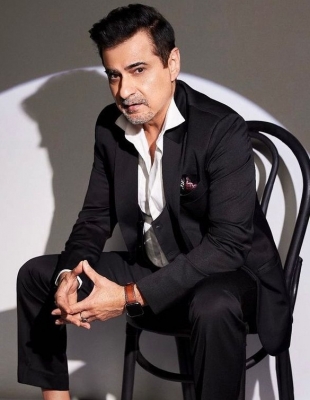 The actor talks on how digital platforms are helping actors to play diversified roles and also about his character, Nikhil, a film producer and wife of famous actress Anamika, played by Madhuri.

Sanjay says: “Streaming platforms have offered a chance to many to play diverse and varied roles. For me, 2018 was a game-changer because of the character that I was offered in ‘Lust Stories’. The streaming space allows me to develop on the character that’s given to me and let me add my touch to it.”

Adding about his character, he shares: “‘The Fame Game’ is not only a family drama, it is filled with suspense, thrill, romance – it’s an end-to-end entertainer. For me, personally Nikhil’s characters have been a great challenge to bring to life. You know, his character is more in the zone of ‘You can like me or hate me but not ignore me’. There are times when you feel desperately for him and at times you have this feeling of hatred. The small nuances of his immensely layered character was an experience for me to showcase on camera. I’m glad that Sri Rao offered this role to me.”

‘The Fame Game’ streams on Netflix. It also stars Manav Kaul, Lakshvir Saran, Muskkaan Jafferi, Suhasini Mulay, amongst others in key roles and is directed by Bejoy Nambiar and Karishma Kohli.

Actress Vidya Prabhu gets doctorate in Stem Cell biology, heads to US for job

Chennai– Actress Vidya Pradeep, who has played the female lead in several Tamil films, has now got a doctorate in Stem cell biology and is all set to head to the US for a post-doctoral scientist position. 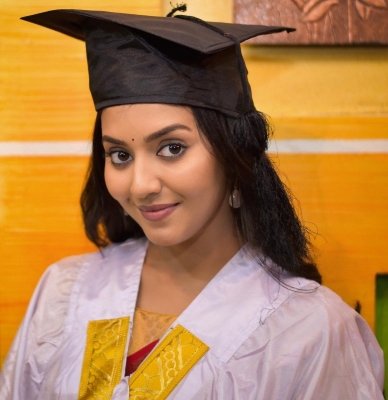 Yes, the actress, who has been a part of several critically acclaimed films including Magizh Thirumeni’s ‘Thadam’, has now become a scientist and will henceforth be eligible to have the title ‘Dr’ affixed before her name.

Taking to Instagram to make the announcement, the actress said, “Last 5th March 2022, Sankara Nethralaya, Chennai: The Eye hospital where I worked for the last 10 years. The one achievement I am incredibly proud. Fulfilling the purpose of coming to Chennai – getting a doctorate and becoming a scientist.

“I had to achieve this goal through hardship, determination, and sacrifices. I understand the responsibility of being in this position, and I will continue to contribute my best to science and society with utmost sincerity.

“As I will be heading to the United States to pursue a post-doctoral scientist position, I am forever grateful to Sankara Nethralaya Eye Hospital and Padmabhushan Dr S.S Badrinath Sir.

“My sincere thanks and gratitude to my PhD guide and mentor, Dr S Krishnakumar, co-guide Professor Uma Maheshwari, Principal Scientists Dr Sowmya and Dr Nivedita for always being there to guide and help me achieve my objectives.

“My heartfelt gratitude to senior consultants Dr Geetha Iyer, Dr Nirmala Subramanian, Dr Swetha Agarwal for your valuable clinical inputs and guidance, which helped me achieve our publications. I thank God, my family and all my dearest friends and colleagues at Sankara Nethralaya- my pillars of strength.” (IANS)