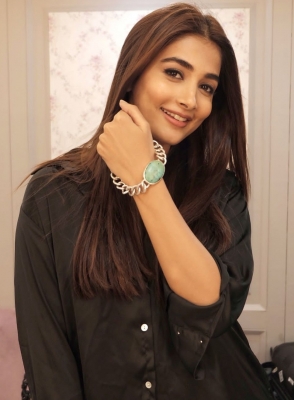 She will be stationed in Telengana’s capital city until the schedule ends on June 21. There are two foreign schedules on the cards for ‘Kabhi Eid Kabhi Diwali’, which will be finalised soon.

Talking about the upcoming slate of work, the actress will also be seen in ‘Cirkus’ opposite Ranveer Singh, ‘SSMB28’ opposite Mahesh Babu and Puri Jagannadha’s ‘Jana Gana Mana’.

Mumbai– The makers of the upcoming action-drama film ‘Rashtra Kavach OM’ dropped the first song from the film on Thursday. Titled ‘Kala Sha Kala’, the song is touted to be a party anthem. The song has been crooned by Raahi and Dev Negi and has its lyrics penned by Kumaar. 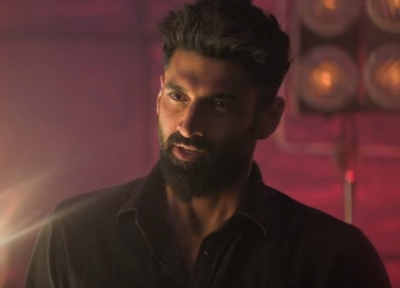 It features ‘Sacred Games’ actress Elnaaz Norouzi grooving to the electrifying beats composed by Amjad Nadeem and Enbee. Elnaaz will be soon seen in the second season of the International Emmy winning Israeli series ‘Tehraan’.

The movie is set to bow in cinemas on July 1.

Sonam’s babyshower: All about aesthetics, customised menus and beautiful decor

Mumbai– Bollywood diva Sonam Kapoor, who is all set to welcome her first bundle of joy with husband Anand Ahuja, celebrated her baby shower in London and she shared a few glimpses of it with her fans and followers on social media. 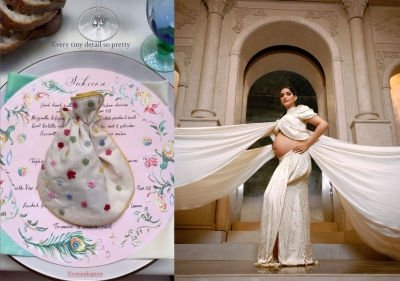 Sonam’s sister Rhea Kapoor and many guests who attended the shower were left impressed with the arrangements.

The sneak-peek showcased that the baby shower was held in their garden in London. It also had customised menu, napkins, and gifts for every guest.

Rhea took to Instagram Stories to share a picture of a handwritten menu with her name above it, and wrote: “Such a beautiful baby shower.”

The ‘Aisha’ star’s name was also written on the hand-painted tablecloth next to each guest’s menu.

Rhea shared more pictures from the shower that had dreamy decorations, and a table filled with cakes and pies for dessert.

The guests were also given an ivory bag and a neckpiece carrying the letters of their names. In the photos and videos shared, Sonam glowed in a pink outfit as she danced.

The announced their pregnancy in March 2022.

Actress Ketaki Chitale gets bail in one case, challenges arrest in Bombay HC

Thane– A court in Thane on Thursday granted bail to Marathi television actress Ketaki Chitale in a SC/ST (Prevention of Atrocities) Act case lodged against her in 2020. 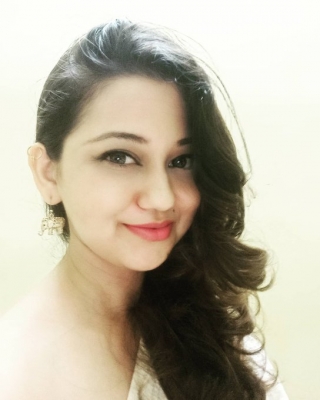 However, she will not be released from the Thane Central Jail immediately as she is an accused and in custody in several other cases filed against her, including those pertaining to objectionable remarks against Nationalist Congress Party President Sharad Pawar.

Following the case registered by Rabale police station in 2020 under the SC/SC (Prevention of Atrocities) Act for posting derogatory statements on Buddhism, Chitale was arrested on May 20.

Meanwhile, in a related development, the actress filed a writ petition in the Bombay High Court challenging her arrest on May 14 for allegedly forwarding an offensive poem on Pawar, sparking a huge political row.

In the plea filed through her lawyer Yogesh Deshpande, Chitale claimed that her arrest was not in accordance with the law and hence, must be quashed.

She said that instead of first serving her a notice under the CrPC’s provisions, the Thane police called her up and asked to report to the police station, which she complied with, and the Kalwa police team present there took her into custody.

Chitale, 29, further contended that she had only shared the poem on Pawar penned by someone else which did not name the NCP chief.

She is currently facing nearly two dozen FIRs based on her social media post on Pawar and has earlier moved the high court for a stay on the police proceedings against her. The plea is still pending.

With a new episode dropping every week, it tells the story of a South Asian teenager growing up in Jersey City. The series also gives a massive shout-out to Shah Rukh Khan.

In this new clip from the series, Kamala Khan and her friend are seen talking about Shah Rukh Khan and his best movies, especially ‘Baazigar’ and ‘Dilwale Dulhaniya Le Jayenge’ (DDLJ).

Meanwhile, co-executive producer for the series Sana Amanat revealed in a recent interview that Shah Rukh’s mentions in the web series are taken from the comics.

‘Ms Marvel’ premiered on June 8 and is now streaming on Disney+ Hotstar in English, Hindi, Tamil, Telugu, and Malayalam. (IANS)

Bhumi Pednekar and Nykd collaborate to talk all things lingerie