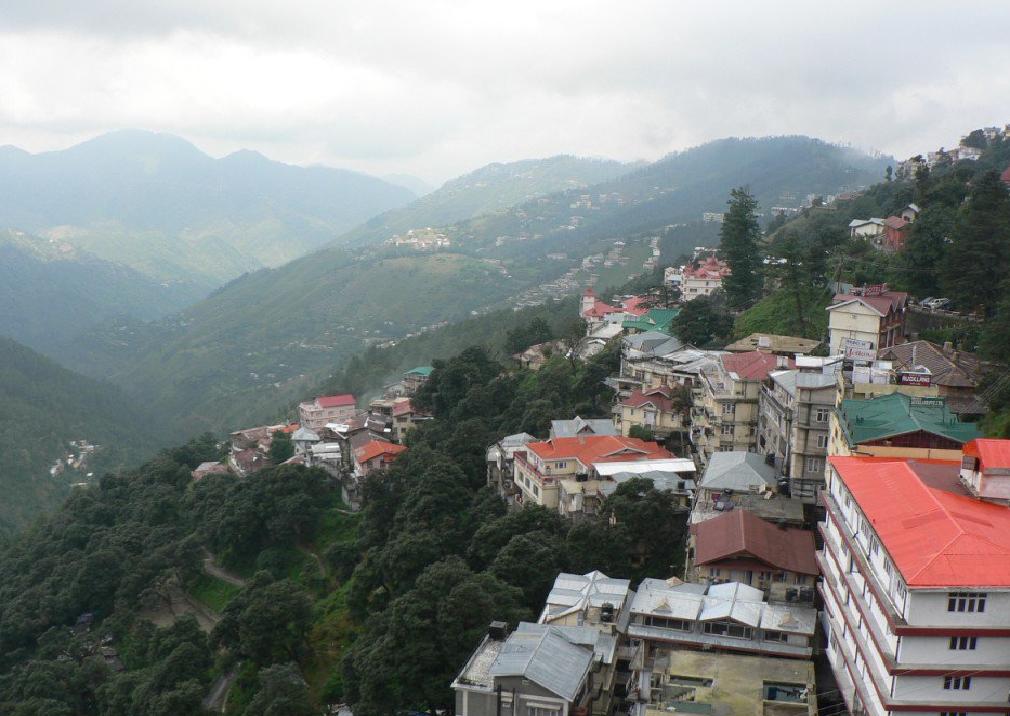 Shimla–As north India’s summer heat makes hordes of tourists flock to Himachal Pradesh capital Shimla, the season also brings bucketloads of trouble for its residents — a majority of localities are facing a water supply crisis, getting potable water only once a week.

While the residents are grappling with water woes — not exactly for the first time — civic body Mayor Kusum Sadret of the Bharatiya Janata Party, which is helming the Municipal Corporation for the first time in three decades since June 2017, is away to China on an official tour.

City residents say the problem has aggravated ever since the mercury shot up and a notable spike was witnessed in tourist footfalls to Shimla, which otherwise is getting adequate funds under the Atal Mission for Rejuvenation and Urban Transformation (AMRUT).

Officials say the city is getting 23 MLD on an average every day.

“But where is the water flowing?” asks a hassled resident Deepak Thakur.

“We are getting supply only once a week these days and that too just for a few hours, mostly late in the night when we are sleeping,” he griped.

“Shimla is getting 23 MLD water daily, which is sufficient to quench the thirst of half of the city. So, on every alternate day, water can be easily supplied,” he said.

So, do the water woes of Shimla residents spout more from bad management?

“Several VIP localities housing residences and offices of Ministers, top bureaucrats and senior government functionaries get daily water supply, both through tap and tankers. A massive theft of water is aggravating the problem,” Chauhan, who remained at the helm of MC from May 2012 for five years, told IANS.

The water shortage has left the tourism industry also high and dry. The stakeholders are worried as Shimla gets 20,000-30,000 tourists on an average every weekend during the peak summer season — from May to June.

“Most hotels are meeting their daily water demands through private suppliers by paying hefty amount,” D.P. Bhatia, liaison officer with the Oberoi Group of hotels in Shimla, told IANS.

Private suppliers bring water from natural sources located on the outskirts to sell to the hotels.

Civic authorities say water shortage has become more acute after supply from the Ashwani Khad was stopped in 2015 following an outbreak of jaundice, which claimed over 20 lives, due to mixing of sewage from a nearby treatment plant with the natural water supply scheme that catered to Shimla residents.

At a meeting here last week, Chief Minister Jai Ram Thakur directed officials to speed up the repair of the Giri water supply scheme to ensure additional water supply to the city.

He also said that water tankers should be pressed into service so that tourists and locals were not inconvenienced.

“We are trying to get extra water from Guma and Giri water supply schemes and are also repairing leaking pipes,” he added.

Residents rue that Shimla is now synonymous with water scarcity — both in summers and winters.

The civic authorities blame leaks in the distribution network, a significant portion of which came up in the British days, and diminishing water resources due to over-exploitation.

A report by the Comptroller and Auditor General, which highlights the inadequacies of the Shimla Municipal Corporation, says the quantity of water supplied is less than the prescribed limit of 135 litres per capita per day.

From 2009 to 2014, the corporation could supply only 110 litres of water per capita per day, leaving many fretting and fuming.