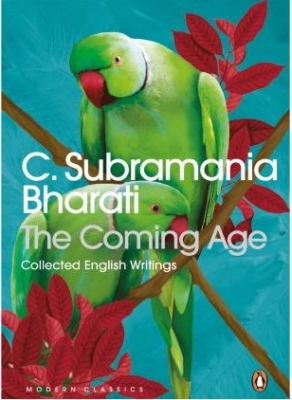 New Delhi– In commemoration of the 100th death anniversary of the 20th century Tamil author C. Subramania Bharati (1882-1921), known as the Tamil ‘Mahakavi’ in vernacular literature, an upcoming book ‘The Coming Age’ by the author, edited by his great-granddaughter Mira T. Sundara Rajan, will be published by Penguin Random House next week.

This book is the most definitive account of Bharati’s important English writings, according to the publisher.

Bharati’s work as a poet and prose-writer ignited a Renaissance in modern Tamil writing. However, he also wrote and published regularly in English. A nationalist who fought against British rule in India and a social reformer who advocated passionately for women’s equality and the eradication of caste. His writings were proscribed by the British government and he lived in exile in the French Indian territory of Pondicherry for more than a decade.

‘The Coming Age’ brings together Bharati’s important English writings in an authoritative and reliable edition presented by his great-granddaughter. The pieces in this volume reveal a well-informed and cosmopolitan writer, engaging with the world around him, passionately sharing his opinions.

Exploring Indian history and culture, offering a shattering contemporary view of the colonial experience, commenting on political events, advocating for women’s rights and caste equality, and sharing his deep knowledge of the Tamil language and literary tradition, these pieces present Bharati in a new light for a new generation, says the publisher. (IANS)