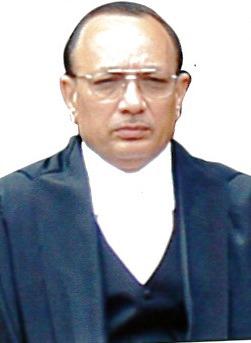 MUMBAI–In a ruling with far-reaching implications, the Bombay High Court on Friday declared that no law prevents women from entering places of worship and there should be no gender discrimination as far as entering one is concerned.

The verdict by a division bench of Chief Justice D.H. Waghela and Justice M.S.Sonak came on PIL filed by activists Vidya Bal and senior lawyer Nilima Vartak challenging the age-old tradition prohibiting entry to women to the sanctum sanctorum of the world-famous Shani Shingnapur Temple in Maharashtra’s Ahmednagar district.

Disposing off the PIL, the judges also directed the Maharashtra government to take proactive steps to ensure compliance of the laws saying it is “the fundamental right of a woman” and must be protected.

On its part, the state government informed the court that it was totally opposed to gender discrimination and it would scrupulously implement the Maharashtra Hindu Place of Worship (Entry Authorisation) Act, 1956, which stipulated six months jail for violators.

Acting Advocate General Rohit Deo informed the court that a suitable circular or directive will be issued to all the district collectors and superintendents of police to make them aware of the act.

Directing the state home secretary to ensure due compliance and enforcement of the act, and issue directions to the district collectors and police chiefs, the judges accepted Deo’s submission.

Speaking to media persons, Vartak said that after the court’s verdict, “women can enter any temple” and have the right to exercise their religious freedom.

“It is unfortunate that we have to go to the court with a petition to enforce implementation of an act. Since a law is there, implementation also should be there,” Vartak added.

She pointed out that the court has not only delivered the verdict but assured implementation of its order and the government has promised to comply.

Expressing “happiness” over the court verdict, women’s activist organisation Bhumata Ranragini Brigade president Trupti Desai said she would lead a group of women to the temple on Saturday and pray at the sancturm sanctorum from where they have been barred for centuries.

Last Wednesday, the high court had pulled up the state government on the issue during the hearing of the PIL.

The high court had said it can only pass a general direction to the government and cannot delve into individual or specific cases, but if any person was aggrieved about the non-implementation of the act, he or she can approach the local authority for redressal.

Deo pointed out that if a temple in Maharashtra prohibits any person, irrespective of gender, inside the sanctum sanctorum, then the act and its provisions would not apply, but if they permit men and bar women, then its provisions can be used.

Women devotees are not allowed to worship at Shani Shingnapur Temple, dedicated to Lord Shanidev – the personification of planet Saturn.

The issue came to forefront when an unknown woman “accidentally” climbed on the open-to-sky sanctum sanctorum and offered prayers in November 2015, kicking of a major controversy.

Demanding entry to the sanctum sanctorum, around 500 women of the BRB attempted to storm the temple on January 26, but were stopped by police around 90 km away.

In the meantime, history was created in January when Anita Shetye was unanimously elected to head the temple Trust, and another woman Vaishali Lande was appointed a trustee.