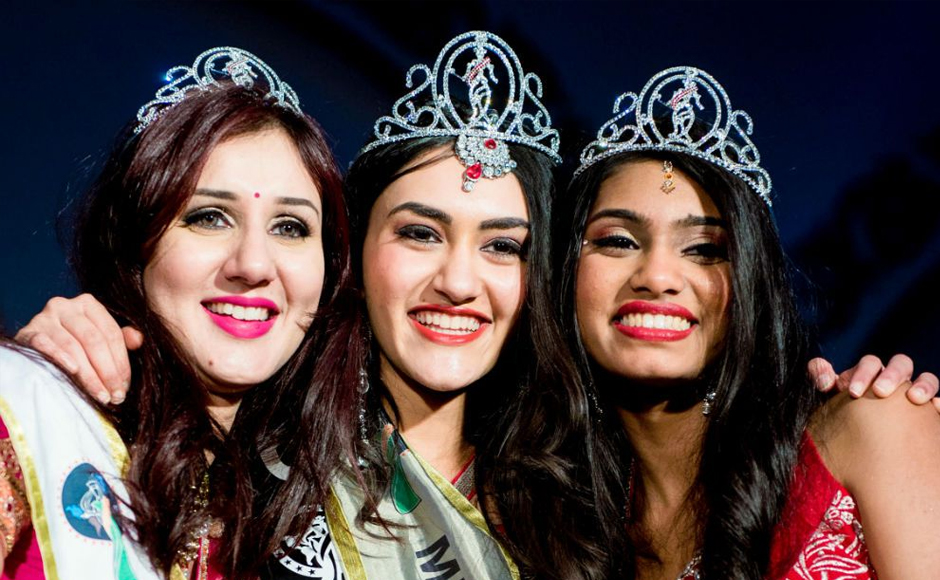 Miss India USA is the oldest running Indian pageant outside of India. The 34th annual pageant was organized earlier this month by the New York-based IFC, which is headed by Dharmatma Saran, founder and the chief organizer of the pageant. A record number of 55 contestants took part in this year’s pageant that was held at the Royal Albert’s Palace in Fords, New Jersey.

“The results this year for New England area at national pageant ‘Miss India USA’-2015 are better than any previous years,” Arora told INDIA New England News. “We had one finalist in Miss category, two in Teen, and two in Mrs category.”

“New England team did not receive the crown for winner in any category but mostly difference between a winner and finalist is a strong opinion of one or two judges among others in a panel,” Arora said. “I am very proud of all contestants who went to New Jersey as a team.”

Kohli, 18, is studying acting at New York University. She was crowned by outgoing queen Pranathy Gangaraju. Kohli will represent the USA in the Twenty Fifth Annual Miss India Worldwide Pageant, also organized by IFC, to be held in New York, USA in September 2016.

Nandini Iyer, 27, of New Jersey and Visakha Sundar, 21, of Virginia, were respectively declared first and second runners up among 20 contestants from various parts of the country, in the gala event attended by over five hundred people. The other two five finalists were Karishma Malhotra from New York and Nicky Kandola from Virginia.

Shah, 16, is from Florida and she would like to become an oncologist. She was crowned Miss Teen India USA among seventeen other contestants. The first runner up in Teen was Akila Narayanan, 17, from Massachusetts and the second runner up was Rhea Manjrekar 16, from New York. The other two finalists were Manjari Parikh from New York and Shirin Bakre from Massachusetts. The sub-contest winners in Teen section were – Manjari Parikh – Miss Talented, Aanchal Shah – Miss Congeniality, Akila Narayanan – Miss Social Media and Simran Kota – Miss Photogenic.

Verma, 29, is an executive with a large real estate corporation. The first runner up is Sheetal Kelkar, 36, from New Hampshire and the second runner up is Aradhana Thawani Padilla, 24, from Texas. The other two top five were Radhika Treon from Massachusetts and Protyusha DasNeogi from Washington State. The sub-contest winners in Mrs. Section were Chhavi Gupta – Mrs. Congeniality, Aradhana Thawani – Mrs. Photogenic and Pavana Gadde – Mrs. Social Media.

The pageant started with a stunning performance by all the contestants led by the outgoing queens Miss India USA – Pranathy Gangaraju, Miss Teen India USA – Riya Kaur and Mrs. India USA Namita Dodwadkar choreographed by Shilpa Jhurani. All contestants presented their best in the Indian and the Evening Gown segment after which the top ten were selected. The top ten contestants from Miss section then amazed the audience with their talent which included Bollywood dances, Indian classical dances, contemporary dancing and singing. In the Miss section Nandini Iyer was awarded Miss Talented.

Dharmatma Saran, Chairman and Founder of the pageant, presented an appreciation plaque to H. R. Shah , Albert Jasani, Nishi Bahl and Shilpa Jhurani for their support in organizing this year pageant. “I am very thankful to the Indian community for its support through the years,” said Dharmatma Saran, “and especially thankful to H.R. Shah and Albert Jasani for supporting the pageant.”

Trina Chakravarty, Roshi George, and Asma Molu were emcees for the function and Nishi Bahl was the choreographer assisted by Shilpa Jhurani.