BURLINGTON, MA–Durga Krishnan, New England Carnatic music legend who has been teaching music for over 50 years, on Friday received the 2022 Lifetime Achievement Award at the 19th Annual Woman of the Year Awards gala at Burlington Marriott Hotel in Burlington, MA.

“I feel quite humbled to receive this Lifetime Achievement Award,” said Ms. Krishnan. “There are many people who have done really outstanding things for the community and haven’t been recognized. While some of them might still have time to have their achievements rewarded it is past their lifetime for some others. I am accepting this award on behalf of all those great ones.”

A graduate of Carnatic Music College of Chennai, with degrees including one as an advanced Teacher’s certificate, Ms. Krishnan is one of the primary disciples of the veena legend the late Dr. Chittibabu and has accompanied him on many albums and on stage. 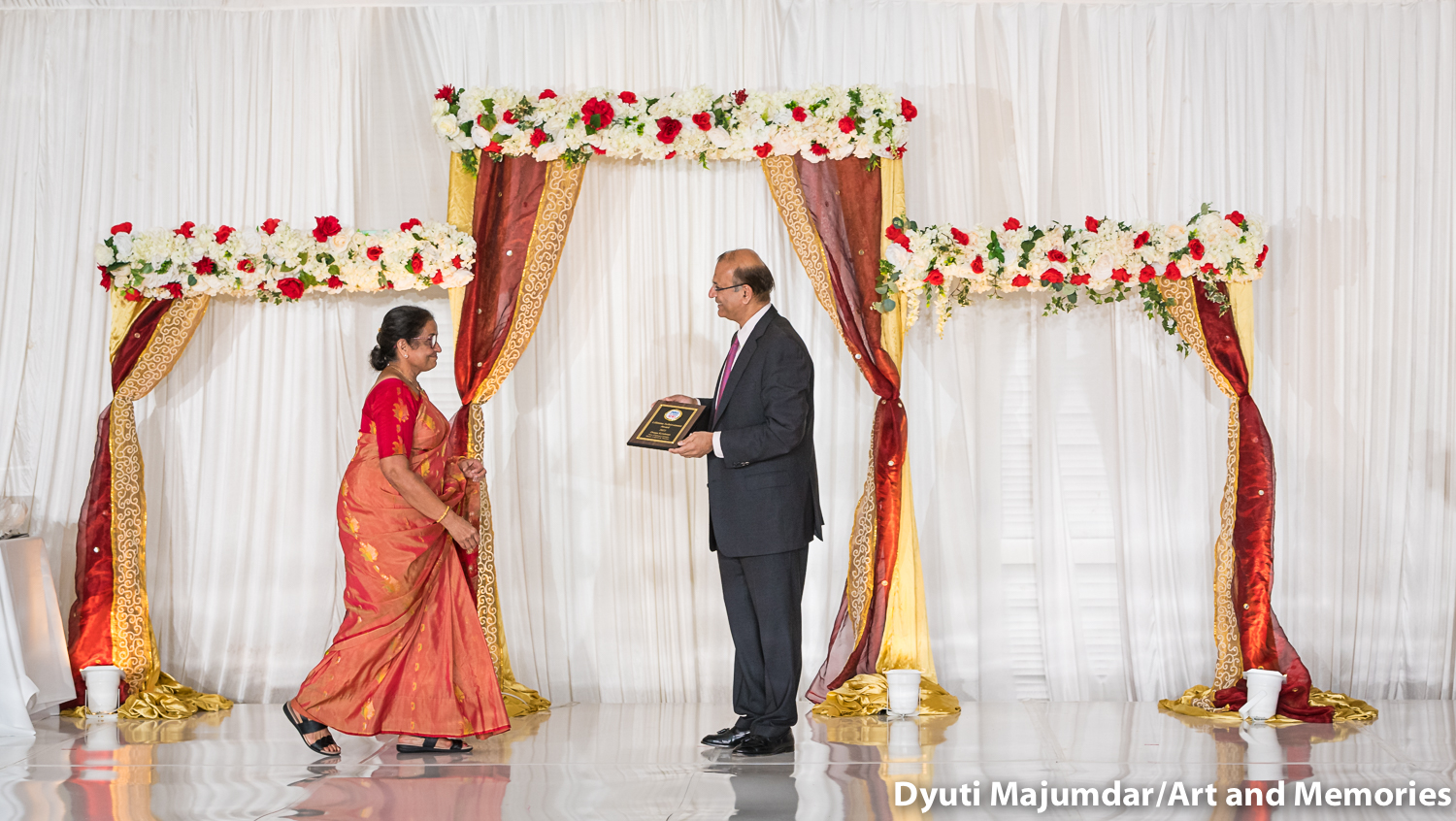 “It was very well organized and executed program. I am very impressed by the punctuality from start to finish,” said Ms. Krishnan.

Jayant Sinha, Chairperson of the Standing Committee on Finance of the Indian Parliament, who was the Guest of Honor at the Woman of the Year Awards Gala, bestowed the award to Mr. Krishnan.

Ms. Krishnan, who received further training under the tutelage of the violin maestro the late Padmabhushan Lalgudi G. Jayaraman, has been living and teaching and performing in the Boston area since 1977 and has had many successful arangetrams. She also gives lecture demonstrations and workshops in well-known educational institutes including Harvard University, Boston University, Tufts, Berklee College of Music, Wellesley College and the Museum of Fine Arts in Boston. 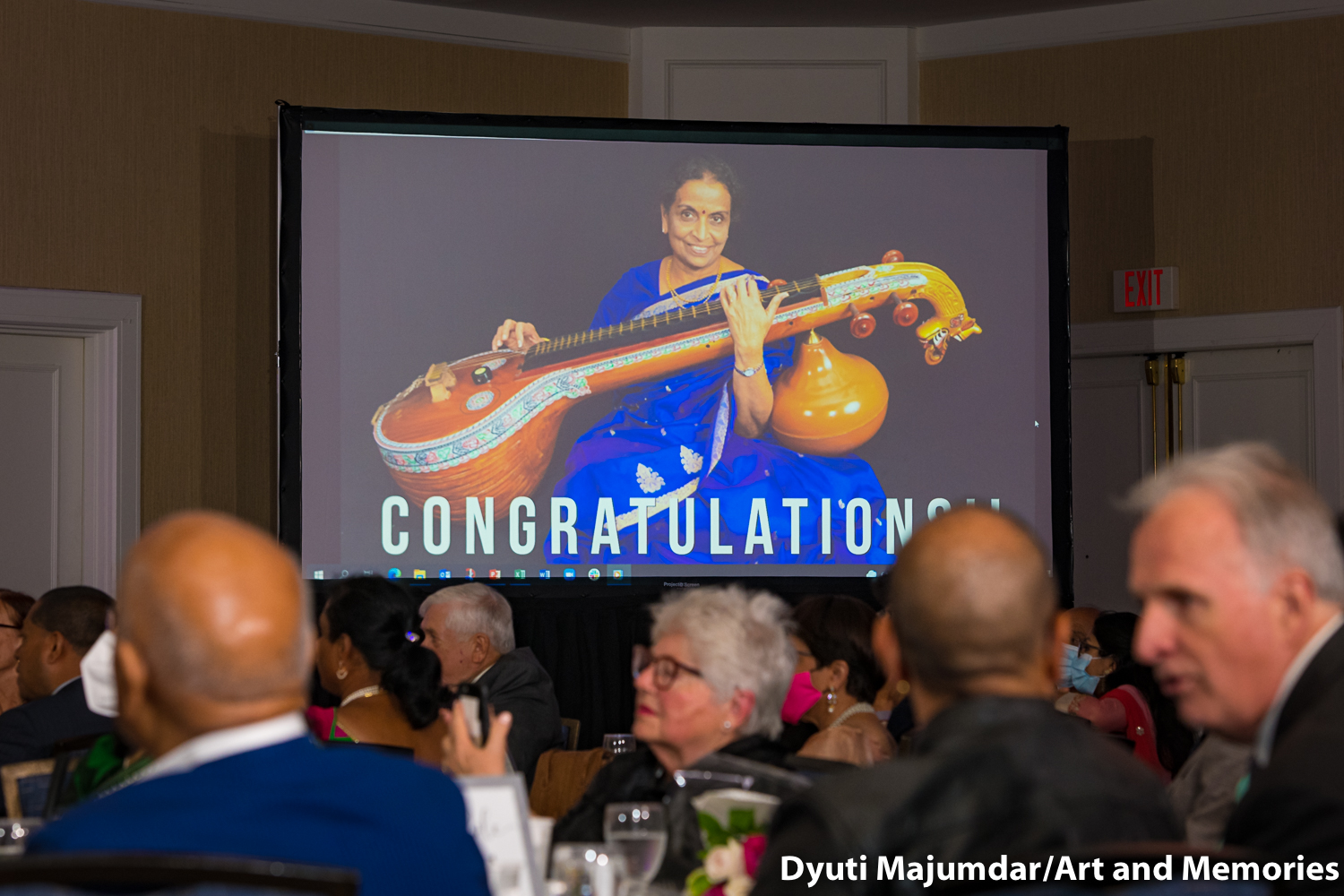 In addition, Ms. Krishnan has composed and directed music for several stage productions by local Bharathanatyam teachers. Her video of her original composition “Two Faces of Rain” was played at the International Climate Conference in Glaxo, Scotland in 2021. She has also worked with well-known Jazz musicians and performed in fusion concerts.