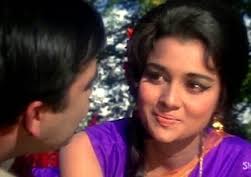 In any literary tradition, the works of even its less famous or forgotten figures are liable to crop up at some unexpected place. As in Hindi film songs, with which Urdu poetry has been closely linked from the beginning. While their soulful, stirring or soothing lyrics come from the creativity of poets from Sahir Ludhianvi to Gulzar, Majrooh Sultanpuri to Javed Akhtar, sometimes inspiration comes from elsewhere too.

And this has been the case right from the days of K.L. Saigal.

While New Theatres — where he began his career in what was then called Calcutta — could afford to draw on the services of established and original poets like Syed Anwar Hussain ‘Arzoo Lakhnavi’, some others found inspiration from long-foregone poets too. Take Pandit Sudarshan, with his rather doleful “Andhe ki lathi tu hi hai, tu hi jivan ujiyaraara hai…” for “Dhoop Chhaon” (1935).

But at this point, it must be clarified that this is not plagiarism, but an accepted part of the Urdu poetic tradition where even one couplet, or even one line, may be used by another poet — as it is or modified appropriately — for another context.

Another major example is from Dilip Kumar-Nargis starrer “Mela” (1948), which was also significant in bringing together a trio responsible for some still-cherished songs — music director Naushad, lyricist Shakeel Badayuni and singer Mohammed Rafi. The film’s signature classic “Yeh zindagi ke mele…” was, however, not entirely Shakeel’s brainchild.

Even Sahir couldn’t resist. In the Bollywood remake of that tragic Middle Eastern love story, one key sequence — and the resulting song — in “Laila-Majnu” (1976) draws inspiration from an 18th century Sufi saint living near Lucknow who was a self-taught shayar.

In 1981, Anand Bakshi went entirely truthful with the trend by crediting the poet in the song itself. In the tragic inter-regional romance which introduced Kamal Haasan to a pan-Indian audience, the “Ek Duje Ke Liye” title song has the heroine (Rati Agnihotri) say: “Ishq par zor nahi, Ghalib ne kaha hai isiliye…”

There are not many such examples since then. It is possible that the new breed of lyricists were not that comfortable with, or even conscious of, the Urdu literary tradition — or simply sought to move on with a new idiom and style of speech.

But while the reason cannot be known with any reasonable degree of certitude, here is another example but one that is only peripherally connected to Bollywood.

It’s two that makes company, not three — unless it is celebrity endorsement.