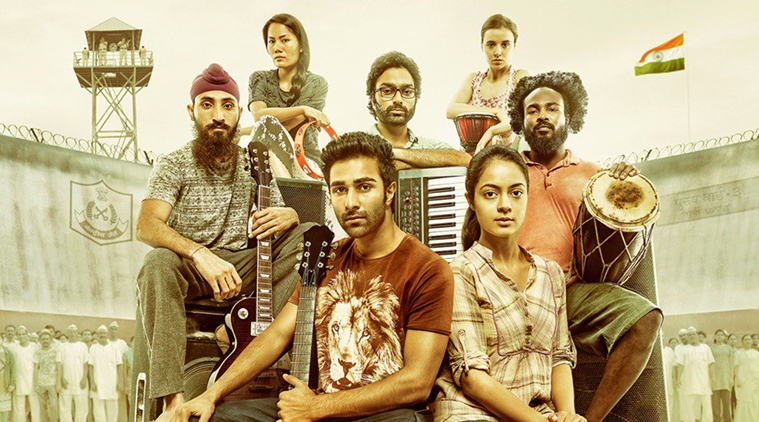 New Delhi–Aadar Jain, grandson of late actor-filmmaker Raj Kapoor, is all set to make his debut with the upcoming movie “Qaidi Band”. He says he is nervous and at the same time excited about his maiden film.

Asked if he’s nervous about his debut, Aadar told IANS over phone from Mumbai: “Of course. When you work so hard on a film for over a year, you give it your all efforts and hard work. It takes a lot out of you and then, of course, you are wanting to do well.

“I am very nervous, but at the same time I am very proud of the fact that the trailer has finally come out and people like my family, friends, teachers from my school have been calling me up and saying that ‘You have done such a great job’ and they are proud of me.”

The 23-year-old — who is Raj Kapoor’s daughter Rima’s son — says it’s a relieving feeling to get such positive responses.

“It is such a relieving feeling to finally get reactions from people who have been a part of my life… I am nervous, but I am equally excited about the process and journey so far,” Aadar said.

How does it feel to be launched by such a banner?

“It’s a dream come true. It’s such a surreal feeling. I’m at a loss of words, I don’t know what to say, but it’s just an amazing feeling. My dream is finally coming true of wanting to be an actor and I am getting to work with Habib Faisal, who was on my wish list before I became an actor,” he said.

Aadar says the film “Qaidi Band” is “an entertaining, engaging and an educational project”.

Talking about the film and his character, he said: “The film is about the plight of undertrials and how they form a band together which is very unconventional and how their life and journey changes. I think the character is very free spirited. He is street smart and is someone who has big hopes and dreams before he goes to jail.”

The film is set for a release on August 25. (IANS)