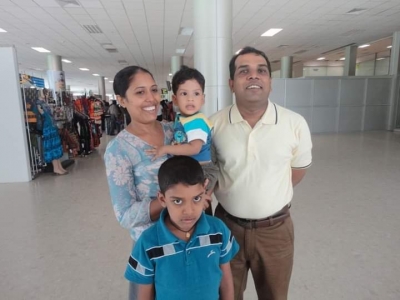 A report by the US Commission on International Religious Freedom (USCIRF) identifies Pakistan as the highest among the worlds worst violators of religious freedom. Adding to the account is the recent lynching and burning of a Sri Lankan factory manager in Sialkot city.

The brutal act was immediately condemned by Prime Minister Imran Khan, who said in a tweet: “The horrific vigilante attack on factory in Sialkot & the burning alive of Sri Lankan manager is a day of shame for Pakistan. I am overseeing the investigations & let there be no mistake all those responsible will be punished with full severity of the law. Arrests are in progress.”

According to a reputed media outlet, the incident was connected to the “hardline Tehreek-e-Labbaik Pakistan (TLP)” where the victim “allegedly tore a poster of the hardline group in which Quranic verses were inscribed and threw it in the dustbin. The poster of the Islamist party was pasted on the wall adjoining the office of Kumara. A couple of factory workers saw him removing the poster and spread the word in the factory”.

Prime Minister Khan made a U-turn in his policy decision on the TLP. In April, the Pakistani government moved to ban the TLP under anti-terrorism legislation, taking its leader Saad Rizvi into custody. In November, the same cabinet revoked the declaration of the TLP as a banned group, and a provincial government moved to remove Rizvi’s name from an anti-terrorism watchlist.

While the entire government is not in favour of this decision, Information Minister Fawad Chaudhry cautioned “neither the Pakistani government nor the state is completely ready to fight extremism… The way the state had to back off in the TLP’s case, symbolises that the bomb (of extremism) is ticking”.

While TLP denies its role in spreading extremism and Pakistan authorities debate over the subject, the recent lynching of the Sri Lankan man adds clear concerns on uncontrolled and rising extremism, which could move beyond its borders to the region. The ban on TLP was foreseen as an unfruitful exercise by Pakistan scholar Hussain Haqqani saying: “It is unlikely that banning one group(TLP) will diminish Pakistan’s religious extremism problem.”

The problem is “while Pakistan’s establishment has alternated between various Islamist factions, mainstreaming one while suppressing another, it has never thought about mainstreaming secularists who have been dubbed as traitors or unfaithful to the ideology of Pakistan”. The assassination of Salman Taseer, the former governor of Punjab province who was murdered by his bodyguard for speaking against the blasphemy law where the killer was garlanded by lawyers, depicts the clear perception of Pakistan on blasphemy.

TLP has influenced Pakistan foreign policy in the present conducive environment created by the Khan-led administration. French President Macron was a clear target accused by the TLP and Khan for spreading Islamophobia. The recent summoning of the French Ambassador is an incident of deep polarisation of policymakers on extremism.

President Macron explains: “The problem is an ideology which claims its own laws should be superior to those of the Republic,” and continues to defend the laws of freedom of expression.

At the same time, Khan says Macron “has chosen to encourage Islamophobia by attacking Islam rather than the terrorists who carry out violence”. Turkish President Recep Tayyip Erdogan, who joins Khan in criticising Macron, clearly shows division.

The issue of blasphemy and rising extremism has gone beyond borders. In September, a Pakistani man was taken into custody by French police for allegedly attacking and seriously wounding two people with a meat cleaver in Paris over the issue of blasphemy.

While individual cases such as in Paris or the Sri Lankan murder are just one side of the story, the Pakistan government and their military handlers accepting the TLP’d ludicrous demands and ability to dictate terms to a government on its foreign policy and policy prescription are clear signs of concerns on regional security of South Asia. What is required is that both France and Pakistan should work on reforming their laws to adopt a progressive society, France to respect its heterogeneous society and religious respect and tolerance and Pakistan to reform its laws to accommodate religious harmony and curb extremist thinking with a consistent policy.

Priyantha Kumara, who was in his 40s, working as the general manager of the garment factory in Sialkot, became the first Sri Lankan victim of blasphemy in Pakistan, and it’s a clear signal to the Pakistan government to manage its internal volatile security situation. The TLP will influence the rise of far-right political parties that could further push the country towards extremism. India and South Asian security are directly vulnerable to the rise of extremist forces.

Seeing the early signs of rising extremism in its periphery, India strongly condemned the terrorist strike in Afghanistan’s capital Kabul. India told the UN Security Council that these attacks reinforce the need for the world to stand united against terrorism and those who provide sanctuaries to terrorists. Minister for External Affairs S. Jaishankar called for adopting the Convention on Terrorism, an important step to minimise the security threat. With significant financial assistance being stopped, poverty is on the rise, with many people suffering in the current environment in Afghanistan. This is the exact landscape where terrorism and extremism thrive. This will further propel the right-wing extremist factions in Pakistan.

The South Asian nations are vulnerable in this unfolding security environment, where Sri Lanka was an apparent victim in the 2019 Easter Sunday terror attacks. The regimes in power should not propagate and support extremist fractions for political gain. Political and military actors orchestrate the Islamization and extremism campaigns for their political legitimisation in the region. A policy prescription for moderate and religious harmony is a top priority for the region, where intertwined political supported extremist structures must be dismantled to promote regional peace.

The dual policy prescription to condemn extremism and promote extremism needs to end. Unfortunately, the political narrative to propagate right-wing ultra-nationalist extremism is visible even in Sri Lanka. Sri Lankan Minister Namal Rajapaksa tweeted acknowledging the gravity of the situation, saying: “We should be mindful that this could happen to anyone if extremist forces are allowed to act freely”, forgetting the same Rajapaksa regime has elevated the extremist Buddhist force BBS to draft legal recommendations ï¿½one country one law’ for the nation which is a concern for the government’s own minority community. (IANS)