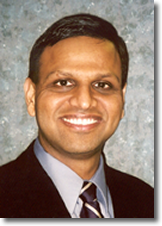 By Alok Gupta
INDIA New England Health Columnist
Testosterone is the hormone responsible for the development of male reproductive tissues, increased muscle and bone mass and growth of body hair. The production of this hormone naturally increases at puberty and decreases as men age. Some men can develop symptoms of this decrease in testosterone, known as Late Onset Hypogonadism (LOH).

In addition to naturally decreased levels, there are many other conditions that can also affect its production. Genetic abnormalities like Klinefelter syndrome, damage to the pituitary gland due to trauma or tumor, and medications such as some pain killers. While ageing naturally decreases testosterone, obesity and chronic illness such as cardiovascular disease and Type 2 Diabetes can further decrease testosterone in the older male. Over the past several years testosterone therapy, previously reserved for genetic and pituitary disorders, has been aggressively marketed for patients with LOH.

It is estimated that about 2% of the population have LOH. Symptoms of the condition include decreased frequency of morning erection, erectile dysfunction and decreased frequency of sexual thoughts. These symptoms along with decreased morning testosterone can confirm the diagnosis of LOH. However these symptoms often overlap with many other conditions that are prevalent in the population.

So who needs testosterone replacement? Patients with genetic abnormalities which result in little to no natural testosterone production and those with pituitary dysfunctions certainly benefit from treatment. In the case of age related low testosterone, the answer may be more complex. Current studies have come to varying and conflicting conclusions. Some “frail” patients have shown benefit in physical function, other studies have shown benefit in quality of life and sexual function, while others have found no benefit. Other studies show increases in bone density, however the effect on fracture could not be determined.

Amid the possible benefits of therapy, the possibility of harm has led the FDA to make the statement that testosterone therapy is not for the treatment of age related low testosterone. Observational evidence that treatment may carry the risk of increased cardiovascular events such as heart attack, heart failure and stroke. Aggressive advertising by pharmaceutical companies targeting men with age related low testosterone dubbed the condition “Low T” ultimately resulting in over 25 million prescriptions for the condition.

Will the benefit of testosterone therapy is still no completely clear, if you have symptoms of low testosterone or are treated for the condition, it is worth a discussion with your provider. Consideration of personal risks and benefits should be taken into account and close monitoring for response to treatment, including adequate blood levels of the hormone, and changes in cardiovascular risk factors.

Editor’s note: This article is only for informational purposes. For any medical issues, please consult your own physician.

9 Out of 10 Victims of Cardiac Arrest May Not Survive, but CPR Can Help

Health Talk: Treating Hair Loss That Affects as Many as 50 Percent Men and 15 Percent Women

Test for Prostate Cancer: Is it a good idea?