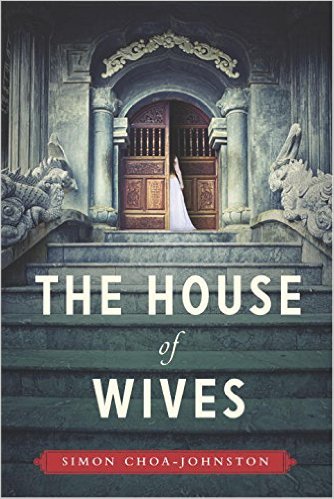 New Delhi– Embark on an adventurous journey of a violin prodigy, the narrative of a 19 century merchant, the account of an adolescent’s lust for revenge and the chronicle of a woman’s struggle in her new role as a mother. There’s varied fare on the IANS bookshelf this weekend.

In one devastating night, violin prodigy Etta Spencer loses everything she knows and loves. Thrust into an unfamiliar world by a stranger with a dangerous agenda, Etta is certain of only one thing – she has travelled not just miles, but years from home. And she has inherited a legacy she knows nothing about from a family whose existence she’s never heard of.

Captain Nicholas Carter is tasked with delivering Etta to the dangerous Ironwood family. They are searching for something – a stolen object they believe only she can reclaim. Together, Etta and Nicholas embark on a perilous journey across centuries and continents, piecing together clues left behind by the traveller who will do anything to keep the object out of the Ironwoods’ grasp. Find out how they deal with the deadly games the Ironwoods are playing to separate Etta from Nicholas and her path.

Emanuel, an ambitious Jewish merchant, wants to make his fortune by trading opium with China. Over the ensuing decades, Emanuel’s success will be determined by two remarkable women: Semah, his first wife in Calcutta (now Kolkata) whose dowry funds the mercenary expedition to Hong Kong, and a beautiful Chinese girl Pearl, who he falls in love with. Despite the open hostility between the two women, Emanuel insists that they must all live together in his Hong Kong mansion that locals call the House of Wives.

Set in the Calcutta of 1841, this book is a dramatic tale of love, ambition, friendship and family inspired by the true story of the author’s great grandfather.

The dark nature of humanity comes alive when a criminal plan fails and a chain of events leads to the grave conclusion of a vicious execution. With his naive eyes, adolescent Sam Winterfield watches his affluent parents die before his eyes at the hands of a stranger.

His innocence quickly becomes his greatest obstacle as he sets out to uncover the identity of the man behind the atrocity but with each step towards his goal, he finds himself slipping away from his previous self. Within London, he faces the most sadistic and strange men, each with their own twisted motivations, just so that he may have a chance at retribution.

The book is a dark tale that follows the intersecting lives of nine people as they cross paths with Sam and his lust for revenge.

As a career-driven professional, things were fairly organised and predictable in Tina Trikha’s life until she became a mother.

The book chronicles a mother’s tempestuous journey as she raises three children, moves continents and handles the demands of a high-pressure job. It highlights a mother’s struggle as she strives to strike a precarious balance between her children and her career by leaning in without toppling over. (IANS)