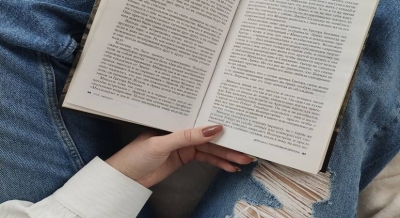 Written language was still to evolve, the audio-visual medium would only develop centuries later, so humanity only had verses to tell their stories, explain their world, and describe their experiences. Be the focus religious or moral, or dealing with more earthly considerations such as life and love, it could encompass all to provide an insightful look into the human condition.

Many millennia later, the form still holds its ground. Many of us have become habituated to books or the many available forms of audio-visual expression for our stories, but we tend to ignore the spoken, or rather, sung form, which our ancestors depended upon. Audiobooks don’t count!

This, though, is still one very popular form of story-telling we tend to ignore — from the story point of view. That is the pop/rock ballad of the western musical tradition.

Songs — of the western or Indian film type — can be pretty situational, but there are many by a wide range of popular singers, right from the Beatles to the Eagles, Bruce Springsteen, Phil Collins, Mark Knopfler and others, that can serve as a self-contained story in themselves.

They obviously might not be akin to a novel, but can easily qualify as the equivalent of a short story, or, maybe even a novella in their depictions of the human condition. Music videos, as they evolved in the MTV era, strengthened this aspect by tying in especially commissioned imagery based on the lyrics to heighten the effect, rather than just showing the singer performing.

Let us look around for some examples.

Bill Haley and His Comets, whose “Rock Around the Clock” (1954), became the first rock-and-roll song to top the US charts, created a slightly bittersweet love story with “See You Later, Alligator” (1956).

Based on “Later, Alligator”, written and recorded by Louisiana songwriter Robert Charles Guidry aka Bobby Charles a year earlier, it chronicles the interaction between a man and his girlfriend after he discovers her walking with another man.

“When I asked her what’s the matter / This is what I heard her say / See you later alligator, after ‘while crocodile / Can’t you see you’re in my way now / Don’t you know you cramp my style.”

Can this dialogue be bettered? And to know what happened next, hear the song.

It is difficult to write about Western music in the latter half of the 20th century without mentioning the Beatles.

One of the iconic numbers from their seventh and final studio album, ‘Revolver’ (1966), which is seen as marking the beginning of their psychedelic phase, begins like a old-fashioned adventure story: “In the town where I was born / Lived a man who sailed to sea / And he told us of his life / In the land of submarines.”

As “Yellow Submarine” progresses, it veers into some surreal and dreamlike imagery: “And our friends are all aboard / Many more of them live next door / And the band begins to play.”

Formed in the early 1970s, The Eagles went on to become one of the most popular rock bands ever, especially due to the vivid images that some of their hits, such as the fantasy-like “Seven Bridges Road”, the soft but poignant romantic song “Peaceful, Easy Feeling”, and the angst-ridden “Heartache Tonight” conjured up in the minds of their listeners.

The most memorable song, of course, has to be “Hotel California” (1977), with its uniquely dark imagery reaching nightmarish proportions towards its end. The song was even attacked for its “Satanic overtones”, but the band members strongly denied it, saying it was only to represent the dark side of contemporary American life.

Band member Glen Frey devised a scenario of a person who, tired after a long-distance drive through the desert, saw a place to stop for the night, but entered “a weird world peopled by freaky characters”, and became “quickly spooked by the claustrophobic feeling of being caught in a disturbing web from which he may never escape”.

He said he and band colleague and co-writer Don Henley wanted the song “to open like an episode of the Twilight Zone”, and make the character experience a new version of reality through any door he walked through.

Hear it again with this in mind.

‘The Boss’ Bruce Springsteen is known as among the pioneers of the “heartland rock style”, combining mainstream rock with songs about working-class American life with poetic, socially conscious lyrics. “Born in the USA” (1984) brought him to fame, with the song being deemed to be a tribute to the country, but it is actually a scathing indictment of American state policy and society, seen through the viewpoint of an embittered returning soldier from Vietnam.

But let us focus on the stark social and emotional alienation, the ephemeral relations and the cruel indifference that are a feature of contemporary urban milieus, as rendered in the title track of his 1992 album “Human Touch”.

Right from the uncompromising message of “Girl, ain’t no kindness in the face of strangers / Ain’t gonna find no miracles here / Well, you can wait on your blessin’s, my darlin’ / I got a deal for you right here” to the some more despondent words ahead: “Ain’t no mercy on the streets of this town / Ain’t no bread from heavenly skies / Ain’t nobody drawin’ wine from this blood / It’s just you and me tonight.”

What the deal entails is subsequently sketched — though the title offers a clue.

Paul David Hewson aka Bono, the frontman of U2, is also known for his socially conscious lyrics, which are steeped in both rebellious and religious imagery — like this song from the group’s 1992 album “Achtung Baby”.

“One” can be treated as a parable about modern-day relationships, which can be tenuous sometimes despite the protestations of solidity and permanence, the immediate trigger were the tensions within the band, during the recordings in a Berlin studio, over the direction and quality of its work, and the recent German reunification.

How the song, which arose from improvisations, restored the band’s cohesion is a story in itself.

Talking about the song over a decade later, Bono said: “There was melancholy about it but there was also strength. ‘One’ is not about oneness, it’s about difference. It’s not the old hippie idea of ‘let’s all live together’. It is a much more punk rock concept. It’s anti-romantic: ‘We are one but not the same. We get to carry each other.’ It’s a reminder that we have no choice.”

Then there is Billy Joel’s “We Didn’t Start The Fire” (1989), which encapsulates 100 key points of global — though predominantly American — history; Mark Knopfler’s (And The Dire Straits) “Brothers in Arms” (1985), about the senselessness of war; Richard Marx’s “Hazard” (1992), about the disappearance of a woman and the social outcast with a dark past who is blamed; and Phil Collins’ (and the band Genesis) “Something Happened on the Way to Heaven” (1992) about a dog’s encounter with the band. And there are many more.

If you haven’t heard these, start now. If you have heard one or more, hear them again — with your imagination full on. (IANS)