By Abhishek Nagrath and Vasundhra Ganju

WATERTOWN, MA–Stage Ensemble Theater Unit, known as SETU, is staging “Kamala”, the popular play by Vijay Tendulkar in Watertown from March 31 to April 2, 2017. There will be 4 opportunities to catch this 90-minute play during that time. The play will be staged in the Mosesian Center for the Arts in Watertown.

Kamala is an original Indian play in English based on the real-life experience of a journalist, who in early 1980’s was exposed a social malaise in the Indian society. The play highlights the issues of slave trade and male chauvinism, the two most insidious problems that malign the lives of millions of women in India even to this day.

After first staging this very popular play by Indian playwright Vijay in 2003, SETU has gone on to do many magnificent productions such as “Rape, Regret and Retribution”, “Hayavadana”, “Shah Jahan”, “Mahabharata”, “Once Upon a Time NOT in Bollywood” and “Ramayana”. They return back to their roots with this production and as expected, the cast, crew and the director are very excited about it.

When asked about the reason to stage Kamala again, SETU Co-Founder and Play Director Subrata Das said, “The play is as relevant today as it was almost three decades ago when it was first published. The content not only portrays male chauvinism in Indian society, but also shows the growing self-determination among the Indian women”

The current cast of Kamala includes Aditi Taylor in the role of protagonist. Aditi has flawlessly portrayed the character of Surpanakha in Ramayana last year. She has been involved with SETU and other local creative organizations in the New England area.

Jayanti Bandyopadhyay, is the co-founder of SETU and has been associated with many significant roles in the past productions. She plays the role of Sarita, the journalist in Kamala.

Rohini Pola is an active member of the New England community and has contributed to many SETU productions backstatge. She makes her SETU debut onstage as Meerabai.

The director and co-founder of SETU, Subrata Das, himself as Jaisingh will be a treat to watch onstage after a gap of many years. This will also be an interesting visual for those who have always known him as the director in the past few years. 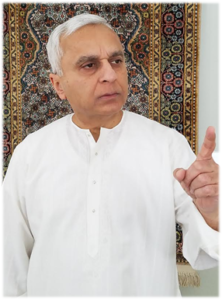 Two other characters have been split into multiple actors to keep the interest level in the play high. For example, the role of ‘Jain’ will be played by Nilay Mukherjee and Ravi Nimmagadda. Nilay is an actor and director who is associated with the Bengali community theater as well. Ravi Nimmagadda is also a SETU member who has contributed to past productions both onstage and back stage. The role of ‘Kakasaheb’ will be played by Ravi Kacker and Mahesh Palriwala, who are recent additions to the SETU family and are very passionate about theater.

There will be a special appearance of Dancing Divas Boston team to create a slave market atmosphere in an innovative way. The team is led by well-known dancer Shikha Bajpai. Two other members of the team include include Purbi Rana and Shilpa Khanorkar. Prateek Paul will design the lights for Kamala and Pradeep is the music director. Others in the production team include Noorain Buxamusa and Nirmal Kumar.

More information about the play including ticketing can be found on their website www.setu.us or on Facebook at “Kamala event page” or Mosesian Center for the Arts

SETU’s mission is to build bridges between Indian and Western cultures through the medium of theater.

SETU will selectively produce plays to project the ways of life in India in a global context. It will attempt to highlight India’s social, political and economic scenarios from the past and the present. India has rich and diverse tradition in drama beginning from ancient times by Sanskrit playwrights. Indian theater has found expressions in diverse forms from folk theater to musicals to modern drama forms. SETU will attempt to present some of these in the contemporary context and, in the process, create a better appreciation of India’s heritage and culture.