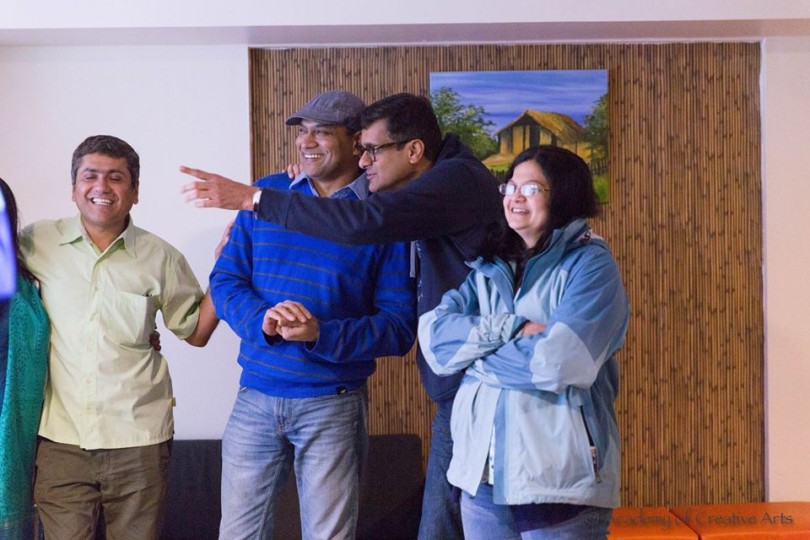 Directed by upcoming short film Director Alok Bhaskar, Epiphany and  Company You Keep lauded both medium and message. Epiphany displaying the inner-wrestle of humans and how god interjects in unknown and beautiful ways, the subject resonated with the audiences. Emotions surged from somber to spooky, as Company You Keep viewer’s played. 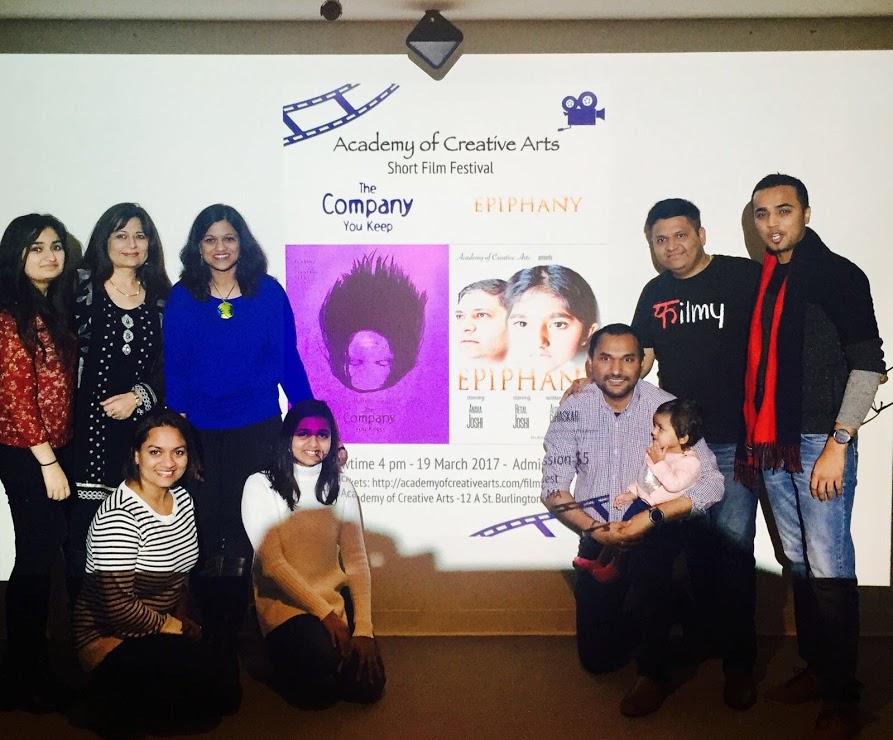 After the showing, Bhaskar and his ensemble cast talked about their experience filming and their love for all things creative. Hosting the screening at their academy and featured actor couple, Hetal and Java stressed on the importance of investing in creative forms.

“Documentary making is risky, imperfect and expensive but we are driven creatively and want to be a small part of this young and growing art form with a bright future,” Joshis said.

When quizzed, Anaya, youngest cast member and prominent character from Epiphany was proud and self-critical of work.

“I was really young when I was casted. But now I have a better understanding of the art and strongly feel I can emote better today,” said Anaya.

Also in attendance were New England’s recognizable faces including Dr. Manju Seth, and revered actor, Ajay Jain who was all kind praise for the movies and its cast, especially Company You Keep.

“Considering that this is only Alok’s second movie shows his understanding and knack of this art form,” Jain said. “I cannot wait to watch where he takes his talent.”

Overwhelmed with the support, participation and encouragement, Bhaskar said: “Overjoyed to see the appreciation of the film and its actors. The response and feedback received tonight impels me to work harder to bring the subjects that matter and get better at the craft of filmmaking.”