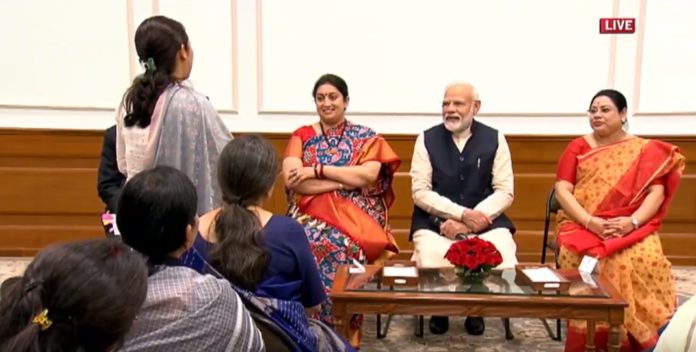 It was a two-way conversation. In an unusual move, 103-year-old Mann Kaur blessed the Prime Minister. Kaur who is known as ‘Miracle from Chandigarh’, started her athletic career at the age of 93. She has set a record by becoming the world’s fastest centenarian at the American Masters Game, 2016.

Another focus of Sunday’s interaction was 98-year-old Kathyayani Amma. She described her journey to passing 4th standard exams to Prime Minister Modi who in fact asked her if she is learning computers too. She said “little little” in Malayalam.

The Prime Minister said education and achievement is no longer the preserve of the elite. “Most people may not be great achievers on a personal level but they are great at gathering people together to make a difference. Kathyayani Amma’s determination to study is fascinating and inspiring,” remarked Modi.

The Prime Minister took pride in the fact that success of the common people was celebrated on International Women’s Day.

“Media has focused on them. It has brought out how women are contributing to development,” he said.

However, Modi concluded by talking on malnutrition and India’s Jal Jeevan Mission.

“Malnutrition is an area which should be targeted. Nutrition is not about money alone,” he said.

He also added that women understand the importance of water the most. “Save water and supply water, my request to women,” he said.

Modi also gave control of his social media accounts to seven selected women as a way to celebrate womanhood. (IANS)