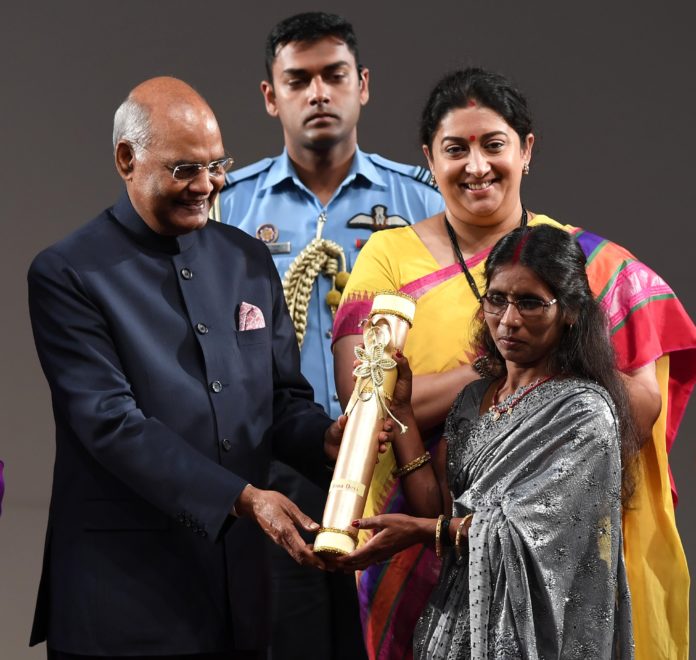 New Delhi–Bina Devi, who popularised Mushroom cultivation in Bihar’s Munger district, on Sunday suggested women specifically in rural areas across the country to go out from their homes and work to feel good.

Popular as as ‘Mushroom Mahila’, Bina Devi, expressed her experience while handling Prime Minister Narendra Modi’s Twitter handle as a seventh woman achiever. The 43-year-old mushroom grower presented an example before the country through PM’s tweet how women from her native village in Bihar’s Munger have become an example.

“Today, the women of Munger are presenting an example to the whole country. From farming at home to selling the produce in the haat, the whole task is carried on her shoulders. That’s why I will say the same to all the women of the country – get out, work yourself and then see how good it feels,” Bina Devi tweeted in Hindi.

In a series of tweets, Bina Devi declared that women are not far behind in any field today and ascertained if the woman power of the country is determined, she can start her journey from her home.

Referring to mushroom cultivation, she said: “Due to this farming, I got respect. I became a sarpanch. It is a pleasure for me that many women like myself are getting the opportunity to train.

“Where there is a will, there is a way. Everything can be achieved with will. My real identity began with cultivating one kilo of mushrooms under the bed. But this farming not only made me self-sufficient, but gave a new life by increasing my confidence.”

A former ‘Sarpanch’ (village head) of Dhauri Panchayat in Tetiabamber block for five years, Bina Devi, has trained farmers on mushroom and organic farming, vermin-compost production and organic insecticide preparation at home over the years. She is among the 16 women who were on Sunday conferred Nari Shakti Puraskar 2019 by President Ram Nath Kovind.

Bina Devi generated self employment among rural women and also engaged in dairy farming and goat farming. She has popularized mushroom production in five blocks and 105 neighbouring villages in Munger district, impacting 1,500 women by making them adopt mushroom farming.

She has been involved in spreading digital literacy and was awarded for training 700 women on how to use mobile by Tata Trusts. She has trained 2,500 farmers on SRI Method crop farming and supported formulation of self help group.