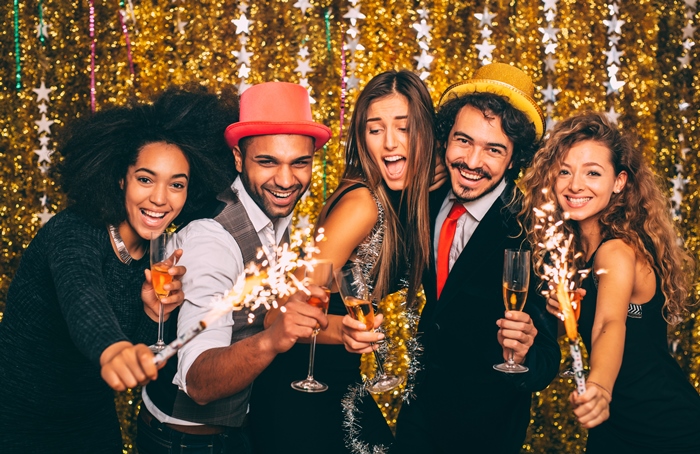 Countries all around the world have their own unique New Year’s traditions. Many places feature customary cuisine, such as lentils (Brazil and Italy), suckling pig (Austria) and grapes (Spain). Others get a bit more creative. The Danish, for example, smash broken china on friends’ front doors, supposedly in a sign of affection. But you obviously don’t need to go global to learn a lot about New Year’s.

We have plenty of customs right here at home, from watching a giant crystal-covered ball drop in Time’s Square and drinking sparkling spirits at midnight to eating black-eyed peas and making resolutions on Jan. 1. And even these famous traditions have a history that most people don’t fully understand. For instance, you might not know that the Time’s Square ball weighs nearly six tons, or that more than 360 million glasses of sparkling wine are consumed in the U.S. each New Year’s Eve. The fact that New Year’s Eve is the busiest night of the year for celebratory gunfire may or may not come as a surprise, too.With that in mind, WalletHub’s editors went hunting for the most interesting factoids about America’s fourth-favorite holiday, New Year’s Eve/Day, to help people better understand and enjoy the occasion. Below, you can check out our findings on everything from our eating, drinking and spending habits to travel plans, midnight prayers, DUIs and hangovers. Make sure to also read the Ask The Experts Q&A that follows to see what our panel thinks about different aspects of the big day.