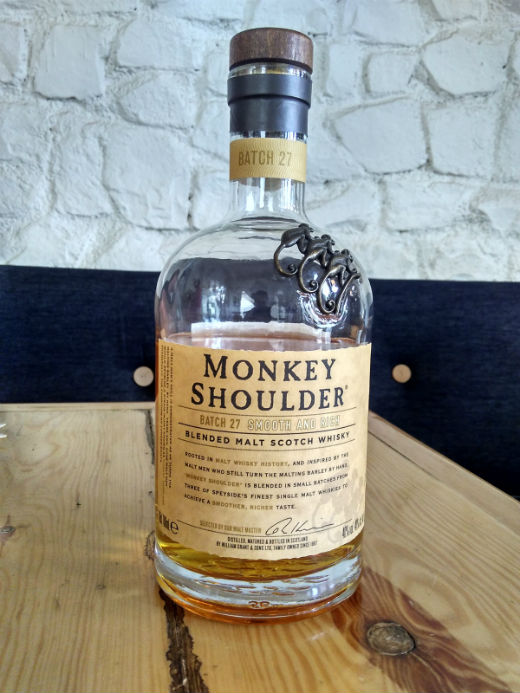 New Delhi–Dean Callan, global brand ambassador of whisky brand Monkey Shoulder, who was in the capital to conduct the Ultimate Bartender Championship, says Indian mixologists are already competing globally and the international platform “needs to learn more” about the country and its hospitality industry.

Ultimate Bartender Championship is an international competition that refocuses this art by challenging competitors to demonstrate their knowledge and service rather than just their flare. The national final of the competition was held here on April 28.

“You don’t see a lot of big magazines focussing energy on Africa or India. They have just started to focus on Asia, especially Singapore,” he added.

The Indian leg of the championship witnessed participation by over 80 bartenders across New Delhi, Gurgaon, Mumbai and Chandigarh. Bartender Roger Gomes from Ek Bar, Delhi, and Chong Sherpa from PCO, Delhi, won the national final, read a statement.

Callan said that the bartenders here made him “feel at home”.

“It’s early days, so I won’t pretend to say that the bartenders here are better than London by comparison. Bartending is not a difficult thing. If you are a true hospitality person and you care for people, you have empathy, you want them to have a good time, it is difficult to be a bad bartender.

“What I say for India, every single bartender has made me feel at home,” he said.

Talking about the format of the competition, Callan said: “We are testing simple skills… How accurately can you pour, how fast can you make drinks, can you serve a table?”

“Our competition is about the basics. They are enjoying it because they are doing it every day,” he added, while mentioning that the competition was “completely objective, so there were no judges”.

Callan was particularly impressed with the spirit of the bartenders in India.

“Of all the countries that I run it (the championship), in India, I don’t know how, but when we got the final three people, everyone in the room was supporting them. The others weren’t upset because they didn’t win. That to me shows a group of people that had embraced the competition. They all seemed really happy,” he said.

As far as the level of bartending in the country is concerned, Callan said the skill-set is bound to improve in the next two years.

“As new bars open and as bartenders begin to take more interest, and people as consumers start taking more interest in cocktails with more demands, bartenders will rise to meet the occasion. As that happens, they are going to develop. They are going to get more knowledgeable and get fine-tuned. But they have already got the hospitality,” he asserted.

“The world needs to be more open. India is really good on social media. The more connections you have with the high-end bar teams in the west, the more attention it will draw to Indian bartenders. In a couple of years, the focus will start to shift”.

Callan also shed light on the meaning of Monkey Shoulder, saying that it refers to a nickname given to a temporary injury some malt men suffered as a result of bending over while turning the malt.