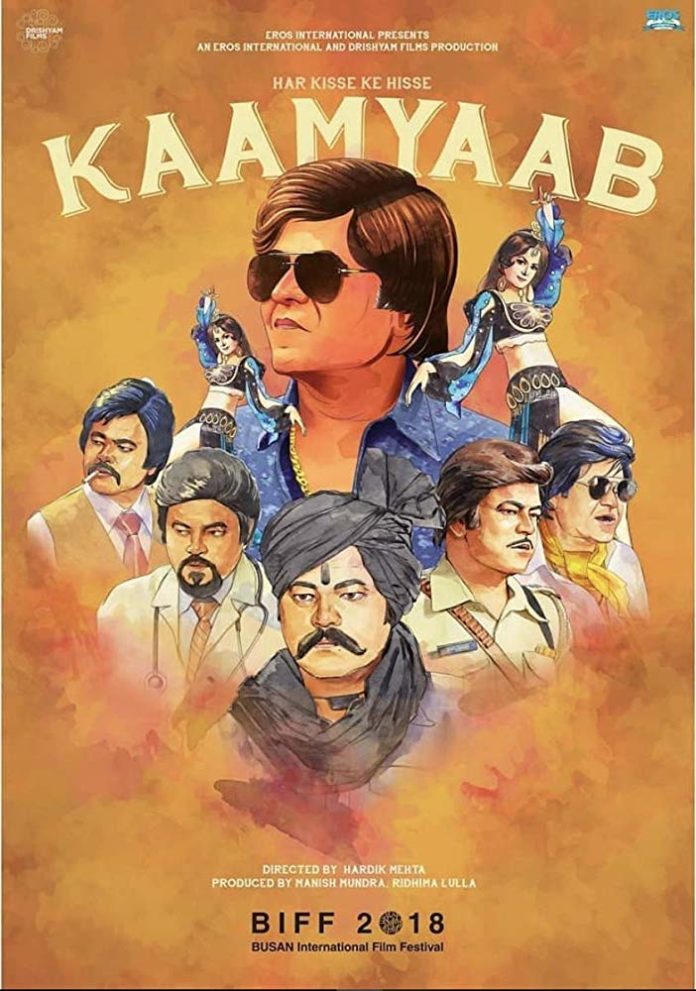 “Mumbai and MAMI film festival are actually homeground for our film. The moment Sachin Tendulkar comes out in Wankhede Stadium, he gets applause. I am really glad that we got a really wonderful applause. The audience was very kind and I couldn’t have asked for a better first screening! I am very excited about it. At the same time, I am a bit nervous because when the second and third screening will happen, then the actual responses will come. That is an unnerving moment for a filmmaker but I really look forward to that too,” said Hardik, about audience reaction to his film at the festival.

The story of “Kaamyaab” is inspired by mainstream Bollywood Hindi movies, which the filmmaker used to watch in his growing-up years. “Kaamyaab is the story of a side-actor who has been in Bollywood movies for long and doing typical clichéd roles of doctor, inspector, and smuggler. You know how these typical Hindi movies of the eighties and the nineties were made. He has been a part of that throughout, and after retirement he realises he hasn’t done a simgle good role in life. This is what ‘Kaamyaab’ is about,” Hardik said.

He also revealed what inspired him to choose the subject: “I have grown up watching a lot of old Hindi movies of the eighties and the nineties. Some of them were trashy but even those films offered us much to learn. My film is actually a tribute to the mainstream movies that we have grown up watching.”