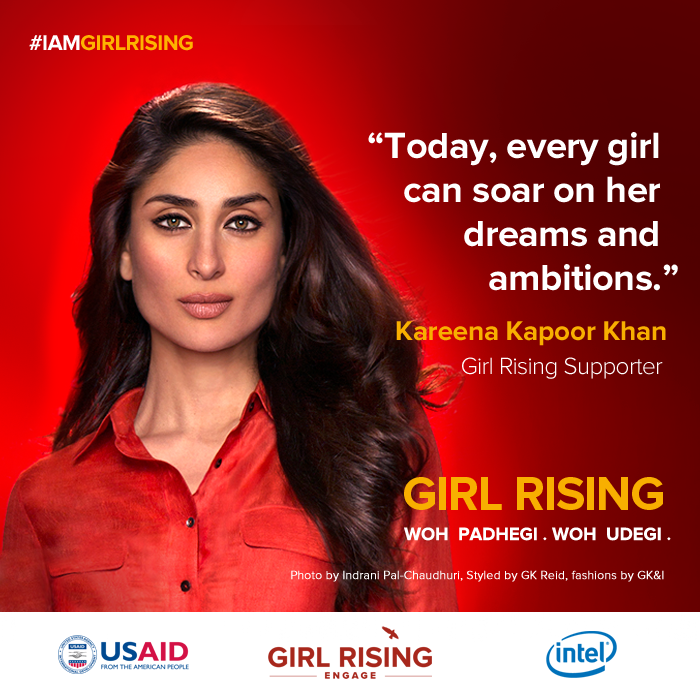 BOSTON—Girl Rising India will be launched in Boston on June 4 with a panel discussion, reception and screening of the movie. The event will be held at District Hall in Boston.

The original movie “Girl Rising”was produced by Academy Award winning director Richard Robbins in 2013. The movie tells the story of nine girls and their story of overcoming adversity in their home nation.  The girls are from nine nations, including India, Nepal and Afghanistan in South Asia.  The original version was narrated by Hollywood stars like Meryl Streep, Ann Hathaway and Liam Neeson, said Nish Acharya, a member of the Boston host committee.

In 2015, “Girl Rising India” was launched in India and the United States to raise funds and awareness in a targeted manner for girls and women’s causes in India.  The movie was released in a Hindi version with narration by Priyanka Chopra, Freida Pinto and Amitabh Bachchan.  The goal is to make the movie available to the hundreds of millions of Indians who would understand it better in Hindi, according to Acharya.

Acharya said that the India story is Ruksana of Kolkata, who was paired with Sooni Taraporevala – the award-winning screenwriter of Mississippi Masala, The Namesake, and Salaam Bombay!  Girl Rising has partnered with World Vision that supports Ruksana and her sister with school supplies, tuition support and medical assistance. Similarly, we have partnered with other NGOs in India that do impactful work to promote girls’ education.

The evening in Boston will start with the screening of Girl Rising India, to be followed by keynotes Christina Lowery, CEO, Girl Rising. She will talk about the movie, its various versions, including Girl Rising India, and the movement. For more information, visit www.girlrising.com  . Another speaker will be Sheela Murthy, CEO of The Murthy Law Firm, the largest immigration law firm in the country and the leading American women philanthropist funding in India.

Keynotes will be followed by a short panel discussion by Boston-area non-profits that work on girls and women’s issues in India. Panelists include Shaun Jayachandran, Executive Director & Founder, Crossover Basketball Academy, which runs basketball education clinics in India;  Sanjli Gidwaney, Executive Director, Design for Change, an education movement started in India to engage children in learning; and Roopa Purushothaman, CEO & Founder, Avasara & the Leadership Foundation of India, which runs boarding schools for under privileged girls in India.

The Boston event is organized on behalf of the Global India Fund (GIF), which was founded in 2007 to give people around the world an opportunity to make a difference in India.  The mission of GIF is to inspire global philanthropyand service by supporting innovative game­changing non­profit organizations and programs. To  date, GIF has raised over $2 million and supported numerous programs across India. In  October 2015, $500,000 was raised for the Girl Rising India schools campaign.

Girl Rising has partnered with the Global India Fund, which is based in Washington DC.  Global India Fund raises funds for NGO’s in India, with an emphasis on women’s issues and public health.  The two leading individuals are: Dr. Amita Vyas, Chair, and Dr. Nitasha Chaudhury, Executive Director .

“Our goal is to engage a new group of Indian Americans in philanthropy towards India.  This will not just benefit Girl Rising, but also other local efforts like Akshaya Patra, AIF and Pratham,” Acharya told INDIA New England News.