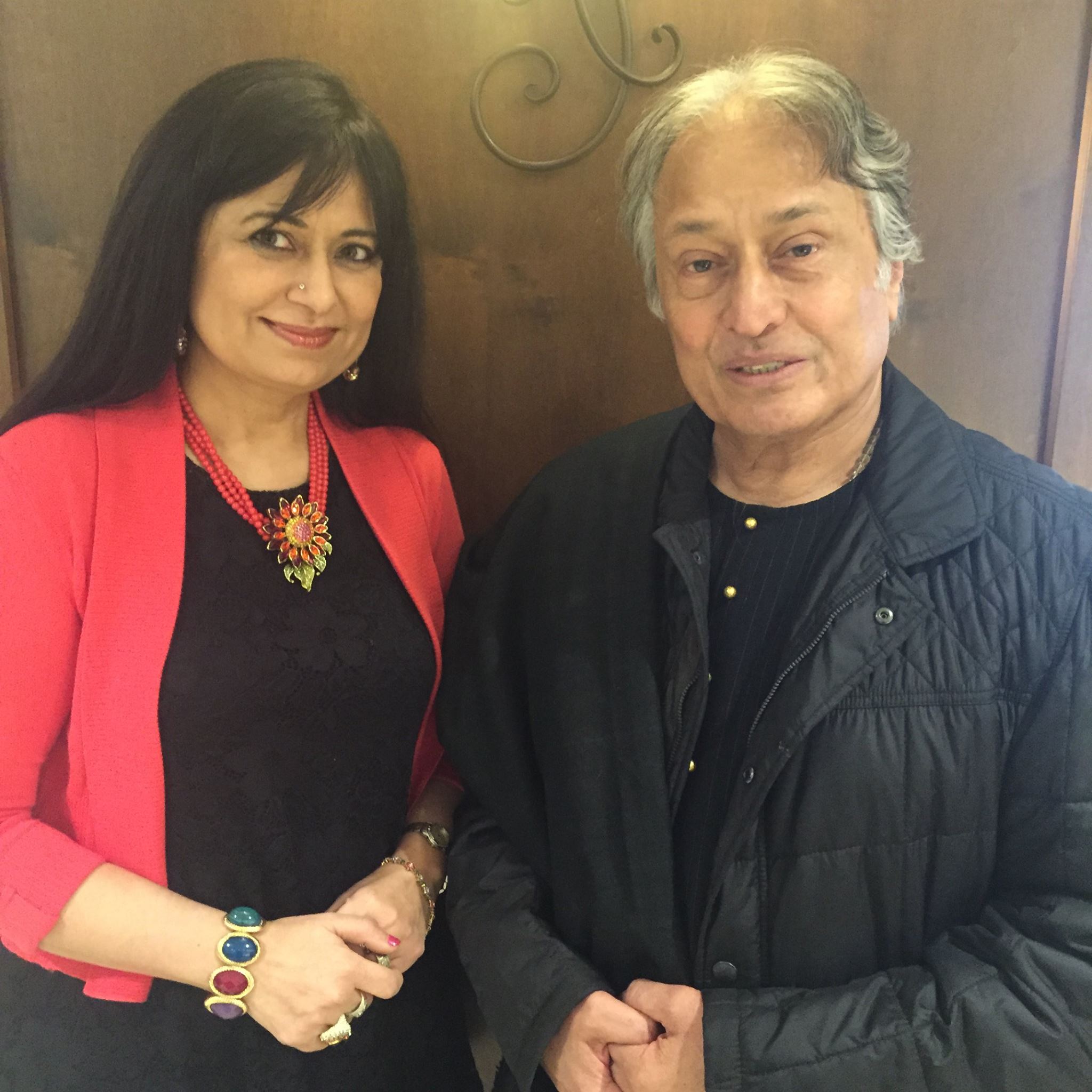 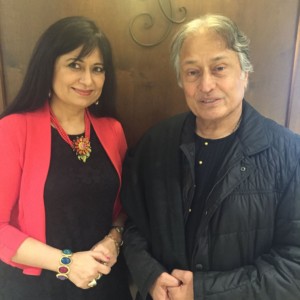 NEWTON, MA—When it comes to sarod, there is no one like Ustad Amjad Ali Khan in the world today.  He is a living legend who carries in his veins the teachings of five generations of Indian classical music.

When he recently visited Boston to perform as featured artist at the LearnQuest Academy of Music’s annual music festival, Ustad Amjad Ali sat down for an informal interview with Chai With Manju at Newton Marriott in Newton, MA.

He talked about his book “My Father, Our Fraternity: The Story of Haafiz Ali Khan and My World”, his grandchildren, his two sons who accompany him from time to time, and most importantly, he discussed the future of Indian classical music, his hobbies and philosophy of life: Ek hi sadhe saab sadhe, saab sadhe saab jaye.” (Know one, you know all; try knowing all, all will be nothing.)

Since the age of 6, when he gave his first recital of sarod, Khan has been the author of a glorious chapter in the history of Indian classical music. Taught to play the sarod by his father, Haafiz Ali Khan, whose family stakes claim to having invented the famed stringed instrument, Khan represents the sixth generation in this legendary lineage. Amjad Ali Khan’s wife Subhalakshmi has been a great exponent of the Indian classical dance, Bharatnatyam. 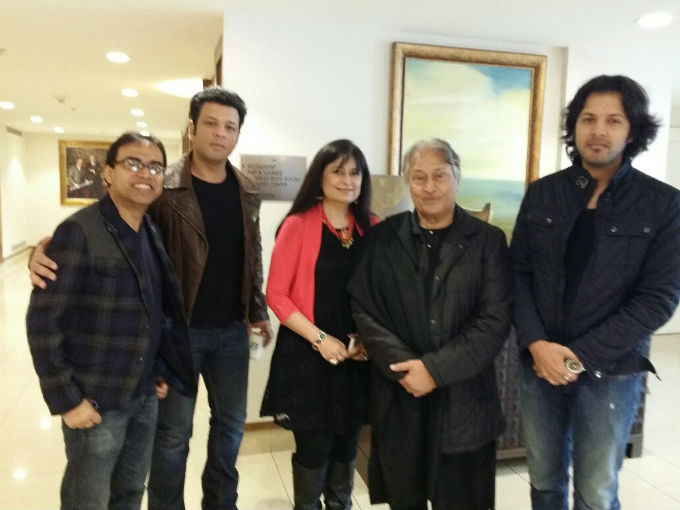 He is a recipient of the UNESCO Award, Padma Vibhushan (Highest Indian civilian award), Unicef’s National Ambassadorship, The Crystal Award by the World Economic Forum and Hon’ry Doctorates from the Universities of York in 1997, England, Delhi University in 1998, Rabindra Bharati University in 2007, Kolkata and the Vishva Bharti (Deshikottam) in Shantiniketan in 2001.

He has represented India in the first World Arts Summit in Venice in 1991, received Hon’ry Citizenship to the States of Texas (1997), Massachusetts (1984), Tennessee (1997), the city of Atlanta, Georgia (2002), Albuquerque, NM (2007)and the Key of the City of Tulsa, Oklahoma and Fort Lauderdale, Miami. April 20th, 1984 was cleared as Amjad Ali Khan Day in Boston, Massachusetts. In 1995, Mr. Khan was awarded the Gandhi UNESCO Medal in Paris for his composition Bapukauns. In 2003, the maestro received “Commander of the Order of Arts and letters” by the French Government and the Fukuoka Cultural grand prize in Japan in 2004.