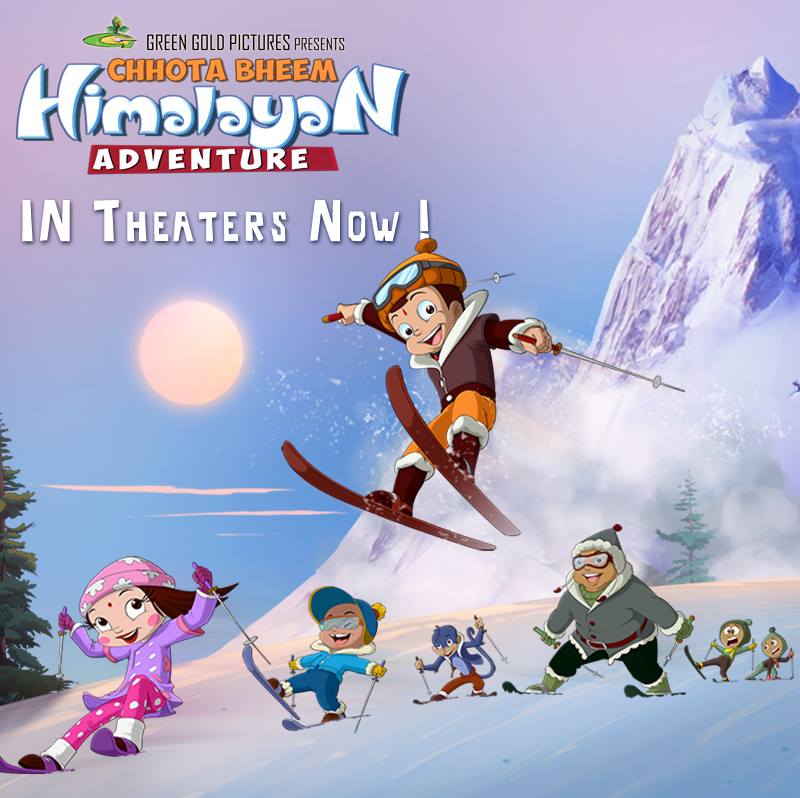 The animated wonder boy Chhota Bheem has acquired an iconic stature among the young Indian audience. Those who have grown up seeing the popular TV series created for Pogo TV are now staunch fans of the little character.

“Chhota Bheem Himalayan Adventure” is the third release after “The Throne of Bali” and “The Curse of Damyaan”.

For those uninitiated into the series, Chhota Bheem and his friends Chutki, Raju, Kalia along with Dholu, Bholu and Jaggu the monkey live in a fictional town of Dholakpur ruled by King Indravarma.

In this edition, while playing Indumati, the princess of Dholakpur, expresses a desire to play with snow and enjoy the adventurous winter games. So, the entire entourage travels to the kingdom of Manali in the Himalayas.

Unfortunately, during the same period, Manali is reeling under constant attack by a powerful, wicked bandit Hidimbak and his troupe. Hidimbak dreams of ruling the place one day.

So entry into the Himalayan state is forbidden. Dhiru, one of the soldiers of Manali, feels sorry for the royal entourage. He suggests that they can still enjoy the winter sports on the outskirts of Manali in his father’s estate and he instructs his dog Juju to lead them to his father Sardar Negi.

What follows is predictable. The children learn skiing and soon have a faceoff with the bandit.

The story is simple and meanders aimlessly with fun-filled skiing and life’s lessons. The plot and the screenplay, though laced with verbose exposition, is uncomplicated, smooth and direct with much emphasis given to the exploits in the Himalayan terrain. And the fun-packed action sequences are exhilarating.

Most of the dialogues are derivatives of famous dialogues of Hindi films and they are delivered in the same tone and tenor of the original, giving it a total Bollywood flavour.

The song “Zip, zap, zoop” and the rap number “Himachal ka Raja hu main” are bright and lively. They break the monotony of the action and yet keep the audience engaged.

The screen is filled with a colourful palette. The 2D animation though a bit backward given today’s advance digital technology, is visually exciting.

Though amateurish, the film is an exciting escapade for its young audience.