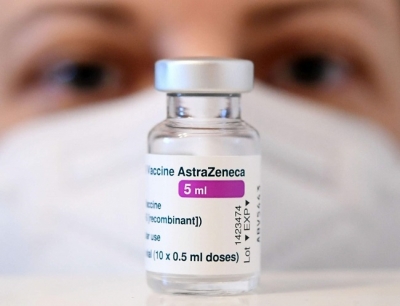 Ottawa– Canada announced its decision to donate 17.7 million doses of the AstraZeneca coronavirus vaccine to low- and middle-income countries.

While addressing a press conference on Monday, Procurement Minister Anita Anand said that the vaccine doses are a part of the Canadian government’s advance purchase agreement with the company and would be distributed through COVAX, reports Xinhua news agency.

COVAX is a global vaccine-sharing initiative jointly co-ordinated by the World Health Organization, the Coalition for Epidemic Preparedness Innovations and Gavi, the Vaccine Alliance.

“This donation is a result of our proactive approach to securing hundreds of millions of Covid-19 vaccines in our initial contracts. With close to 55 million vaccines in Canada, and with the demands of the provinces and territories for this vaccine being met, we are now in a position to donate these excess doses,” Anand said.

The government also announced it’s partnering with Unicef on a donation-matching fundraising campaign to encourage Canadians to donate vaccine doses by contributing C$10.

All donations by Canadians will be matched by the federal government, up to a maximum of C$10 million).

The campaign runs until September 6.

Anand said that if the Unicef campaign is maxed out, it will provide enough money to vaccinate 4 million people in countries where inoculation campaigns are struggling to meet demand.

She said that the AstraZeneca doses are coming from the advance purchase agreement the government struck with the company and that these doses, which will be manufactured in the United States, will start being delivered to COVAX in the coming weeks.

The Public Health Agency of Canada and the National Advisory Committee on Immunization have “recommended” mRNA vaccines such as Moderna or Pfizer over AstraZeneca’s product.

The recommendation was made in the wake of evidence suggesting that, in rare cases, the AstraZeneca vaccine could cause potentially fatal blood clots in some people. (IANS)