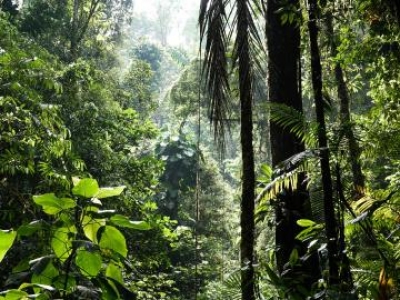 Montreal– The UN Convention on Biological Diversity (CBD) Secretariat has released the first official draft of a new Global Biodiversity Framework to guide actions worldwide through 2030 to preserve and protect nature and its essential services to people.

The framework includes 21 targets for 2030 that call for, among other things, at least 30 per cent of land and sea areas global, especially areas of particular importance for biodiversity and its contributions to people, conserved through effective, equitably managed, ecologically representative and well-connected systems of protected areas and other effective area-based conservation measures.

The framework, released on Monday, favours a 50 per cent of greater reduction in the rate of introduction of invasive alien species, and controls or eradication of such species to eliminate or reduce their impacts.

Reducing nutrients lost to the environment by at least half, and pesticides by at least two thirds, and eliminating the discharge of plastic waste.

It calls for nature-based contributions to global climate change mitigation efforts of at least 10 GtCO2e per year, and that all mitigation and adaptation efforts avoid negative impacts on biodiversity.

Also redirecting, repurposing, reforming or eliminating incentives harmful for biodiversity, in a just and equitable way, reducing them by at least $500 billion per year. A $200 billion increase in international financial flows from all sources to developing countries.

More than two years in development, the Framework will undergo further refinement during online negotiations in late summer before being presented for consideration at CBD’s next meeting of its 196 parties at COP-15 (fifteenth meeting of the Conference of the Parties to the CBD), scheduled for Kunming in China October 11-24.

The draft framework proposes four goals to achieve, by 2050, humanity “living in harmony with nature,” a vision adopted by the CBD’s 196 member parties in 2010.

Says CBD Executive Secretary Elizabeth Maruma Mrema: “Urgent policy action globally, regionally and nationally is required to transform economic, social and financial models so that the trends that have exacerbated biodiversity loss will stabilize by 2030 and allow for the recovery of natural ecosystems in the following 20 years, with net improvements by 2050.”

“The framework aims to galvanize this urgent and transformative action by governments and all of society, including indigenous peoples and local communities, civil society, youth and businesses and financial institutions. It will be implemented primarily through national-level activities, supported by sub-national, regional and global-level actions.”

“This is a global, outcome-oriented framework for the Convention’s 196 Parties to develop national and regional goals and targets, to update national strategies and action plans as needed, and to facilitate regular monitoring and review of progress at the global level.”

It also calls for integration with relevant multilateral environmental agreements and other relevant international processes, including the 2030 Agenda for Sustainable Development, and strengthening cooperation. (IANS)