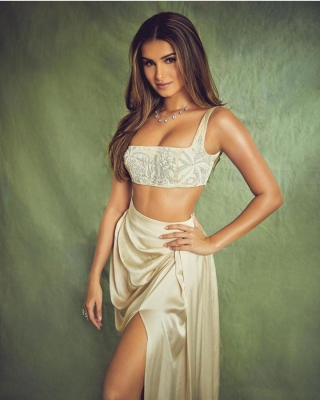 Mumbai– Actress Tara Sutaria is all set to make her singing debut alongside Ankit Tiwari in the song ‘Shaamat’ from the movie ‘Ek Villain Returns’.

Tara says: “This is such a wonderful moment in my life and an incomparable feeling because ‘Shaamat’ was the first Hindi song I’ve ever recorded and also the first track to release of mine in this film. It has a lot of emotions and memories attached to it.”

The lyrics for the song have been written by Prince Dubey. The ‘Student of the Year 2’ actress shares further about her character in the film and what she liked about her debut track.

“My character in the film is what really excited me to be a part of it but the music was definitely a driving force. I’m also so happy to collaborate with Ankit Tiwari and very eager to see the response of the audience,” shares Tara.

Ankit Tiwari said: “The song ‘Shaamat’ is very close to my heart and I am glad that people will now get to hear it. Working with Tara on this was great and she put all her efforts into perfecting her art for the vision of this song. Can’t wait to see how the audience reacts to it.”

Sushmita Sen breaks her silence on Lalit Modi affair: Not married, no rings!

Mumbai– Bollywood actress Sushmita Sen, who has been the focal point of headlines for a few hours now courtesy IPL founder Lalit Modi’s social media posts, has broken her silence. 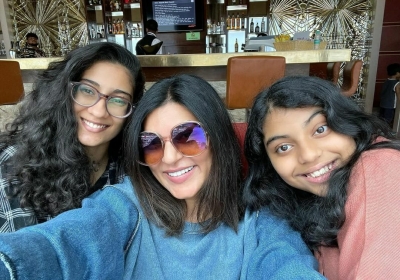 Since it all started from a social media post, the ‘Aarya’ actress and former Miss Universe chose the platform of social media to share a cryptic message.

Sushmita took to her Instagram and posted a picture of herself with her daughters – Renee and Alisah.

She wrote in the caption, “I’m in a happy place. NOT MARRIED… NO RINGS… Unconditionally surrounded by love!!”

She further wrote in the caption, “Enough clarification given… Now back to life & work. Thank you for sharing in my happiness always… and for those who don’t… it’s #NYOB (none of your business) Anyway!! I love you guys!!”

Earlier, Lalit Modi posted several of his pictures with Sushmita from their holidays and social gatherings claiming that the two are dating. “Just back in London after a whirling global tour #maldives # sardinia with the families – not to mention my #better looking partner @sushmitasen47 – a new beginning a new life finally”, he had posted on his social handles.

“Over the moon. In love does not mean marriage yet. But one day by God’s grace it will happen. Just announced that we are together (sic)”, he had shared.

Modi later clarified that he and Sushmita are not yet married but just dating.

Mumbai– Actress Sayli Salunkhe, who is seen as a single mother in ‘Bohot Pyaar Karte Hai’ says that she is very close to her screen daughter Kiara Sadh. 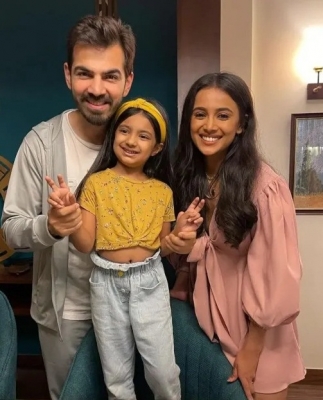 Sayli shares: “Kiara is a 5 year old kid who’s playing my onscreen daughter. She’s incredibly caring and sweet. There was this scene where I had to cry since I got hurt and Kiara had to apply medicine to my wound, she was briefed that ‘Mom will cry’ as soon as she heard this she started crying herself as she couldn’t bear the fact that I was going to cry.”

The actress adds whenever her mother is not around Kiara wants Sayli to be with her all the time.

“Whenever her mother is not around, she always wants me to be there. The relationship and closeness we developed have grown really heartwarming. The bond is deepening with every passing day,” she adds.

Sayli says that she enjoys playing games with Kiara on the sets and shooting with her is fun.

“I’m enjoying a lot shooting with her. I also play her favourite game ‘stone-paper-scissors’ to make up her mood. Initially I thought shooting with a kid would be a task but it’s way too fun shooting with Kiara,” she concludes.

Karan V Grover and Sayli Salunkhe are the show leads. ‘Bohot Pyaar Karte Hai’ is a love story between Ritesh Malhotra (Karan) and Indu (played by Sayli Salunkhe). Indu felt that life was unfair to her until she met Zoon (Kiara Sadh), a new-born orphaned baby and decides to nurture her.

Wamiqa Gabbi urges people to be considerate towards strays

Mumbai– Actress Wamiqa Gabbi, who was recently seen in OTT series ‘Modern Love Mumbai’ and ‘Mai’ has been urging people through her social media to be considerate and mindful towards the strays as several Indian cities continue to be lashed by heavy rains. Furthering the cause and message, the actress recently spoke about problems faced by strays during the monsoons. 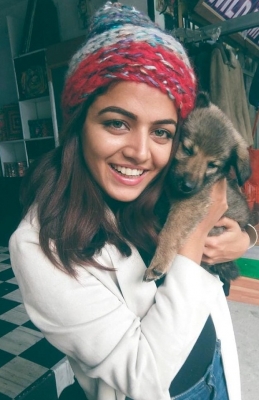 She said, “It’s hard to feel hungry, cold and not able to say a word. Monsoon has arrived and it is not a happy season for the street animals. Hence I have been urging everyone through my social media to help animals during these times.”

Sharing her line of thought of helping the animals, she further mentioned, “Give shelter to strays, feed them food when possible and also be mindful of animals who take shelter below cars to avoid the heavy spell of rains. I have also been using my contacts in Punjab who I have worked with for animal adoption to create more awareness on ground”.

Wamiqa has been an advocate of animal rights and often promotes social work. (IANS)