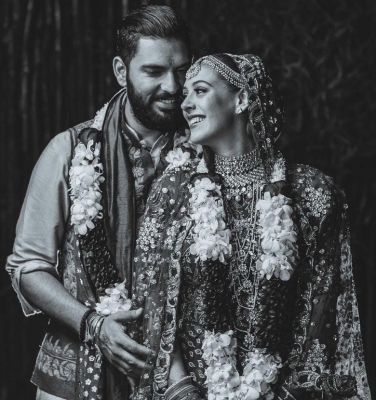 Mumbai– Former cricketer Yuvraj Singh and his actress wife Hazel Keech have welcomed their first bundle of joy – a boy.

The couple took to social media on Tuesday to share the news with their fans and friends.

“We thank God for this blessing and wish you to respect our privacy as we welcome the little one into the world.”

Hazel is known for her work in films such as ‘Billa’ and ‘Bodyguard’. She has also appeared in the reality television programme ‘Bigg Boss 7’ in 2013. 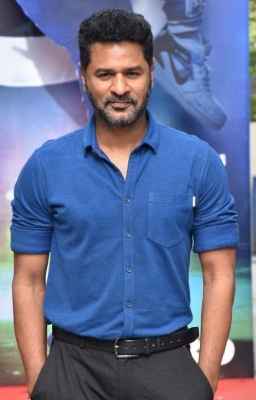 Directed by Anbu and produced by S Ambeth Kumar of Olympia Movies, the film has music by Ghibran. Sources close to the film unit said that the other members of the cast and crew were being finalised.

“This will be a reasonably big budget film,” a source said. “The film will be a rural entertainer. The team is being worked out. Expect an official announcement on the same soon.”

Mumbai– Actress Bhumi Pednekar, who is gearing up for the release of her upcoming film ‘Badhaai Do’, will have five more releases lined up for the year. 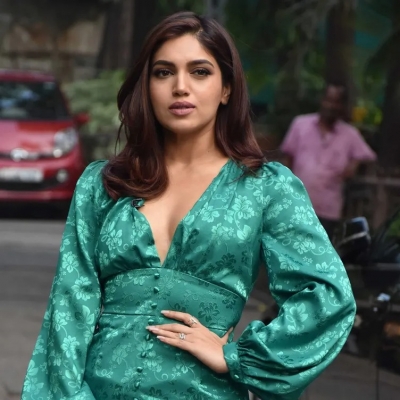 She has ‘Ladykiller’, ‘Bheed’, ‘Govinda Naam Mera’, ‘Raksha Bandhan’ and a soon to be announced project.

Sharing her excitement, Bhumi says, “As we hopefully come out of the pandemic, I can’t wait to entertain audiences with six diverse films from as many remarkably different filmmakers who have a very unique voice of their own.”

Sharing her constant pursuit for evolution in terms of craft, she says, “I have worked really hard on my craft since my debut and strived to deliver performances that hopefully touch the hearts of audiences. I’m excited and nervous at the same time because I will have back to back releases.”

Bhumi is hoping that all her releases manage to touch the hearts of audiences with the disruptive content that they have to offer. “As an actor I have craved for the feedback and the reviews towards my performances and I can’t wait to engage with the media and audiences through my films,” she says.

She further adds, “I’m hoping they will love what these films and I have to offer on screen. For me, all these projects are really close to my heart and when they release, it will be like me sharing a piece of my heart with audiences.”

Revealing how these films have extracted the best out of her, she shares, “I have always given my everything in every film that I have done and these six films have taken every bit of emotion out of me. So, I only wish the best for these films and the producers and the directors who have punted on me to bring their vision to life on screen.”

Mumbai– Actor Vivek Anand Oberoi has lent his voice to a poem in his recently released short film ‘Verses of War’.

The short film, which sees Vivek portraying an army officer, pays tribute to the warriors who have laid down their lives in the service of the nation. It shows two soldiers across borders who interact by the means of poems and shayari.

Talking about reciting the verses for the tribute to the Indian Army, he says, “When it came to giving voice to the undying spirit and the sheer passion that’s manifested by our soldiers, when it comes to fighting to protect one’s country from the enemies of the land, I grabbed this opportunity with both hands.”

He added, “Their contribution to society is unmatched and beyond measure, so this is my way of thanking them and paying homage to them for doing what they do selflessly.”

The film presents a well-rounded story of the spirit of the army and also the contribution of the soldiers’ support system, their families. It captures the emotional strength of war widows and is Vivek’s thank you letter to the warriors of war and has been co-produced by him. (IANS)