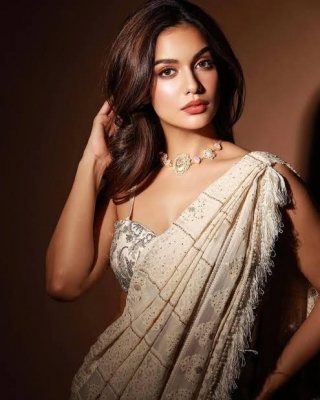 Mumbai– Actress Divya Agarwal, who is gearing up for ‘Abhay 3’, the third instalment of the hit crime-thriller series starring Kunal Kemmu in the lead role, recently shared an experience from the shoot which turned into a fun challenge for her.

But the two eventually pulled off the scene courtesy their camaraderie, “However, with our partnership, I think we nailed it. That’s the coordination and that’s the friendship I’m talking about. When we are together, we just get into it then it becomes like a fun challenge to us. I had never done that before and I don’t know when I’ll get to do that again. Regardless, that is something that I enjoyed a lot. 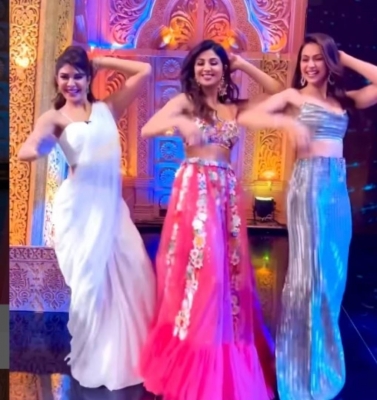 On Instagram, the actress posted a fun video of actor John Abraham saying that he had choreographed the song and that all three actresses were his students and that he was showing them how to dance to the number. Soon after, all three actresses are seen shaking a leg to the immensely popular number from the Tamil film.

Shilpa Shetty, Rakul Preet and Jacqueline are the latest celebrities to dance to ‘Arabic Kuthu’, which has now garnered a phenomenal 240 million views on YouTube.

Mumbai– As the action-adventure film ‘Junglee’ completes three years, actor Akshay Oberoi reminisced about how the film gave him the opportunity to work with some of the best people in the business from the film’s director Chuck Russell (‘The Mask’, ‘A Nightmare On Elm Street’) to action choreographers who come with a huge legacy. 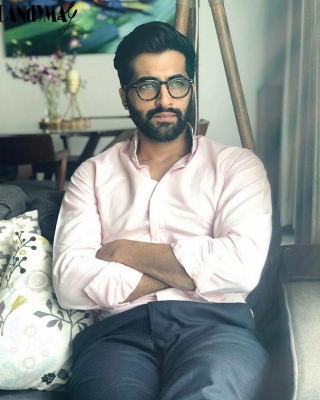 Elaborating on the same, Akshay said, “Shooting for ‘Junglee’ was a great experience because one of my favourite directors Chuck Russell made the film. He made some my favourite films such as ‘The Mask’, ‘Eraser’, ‘The Scorpion King’, and ‘A Nightmare On Elm Street’. I was very, very excited to partner with him.”

Talking about diving into the action genre with film, Akshay further said, “‘Junglee’ marks the first time I tried real action. I got to train with some of the people who work with Jackie Chan. They do a lot of great martial arts work. We did a bunch of Kalaripayattu, and in the film, there’s a great fight sequence between me and Vidyut Jammwal who practices the ancient martial arts form.”

Sharing how the film demanded a certain physicality from him that pushed him to work harder, he added, “I really trained hard and went on a diet. I ate around 7,000 calories a day to gain some bulk so that I could take Vidyut on because we all know the kind of action star he is. It was an entirely different kind of physical commitment and a whole different physical language than the other work that I do.”

The actor will be soon seen in ‘Cold’ penned by Mahesh Bhatt and directed by Vikram Bhatt and in Pawan Kripalani’s ‘Gaslight’.

Hyderabad– Telugu star Vijay Deverakonda who made his way to Bollywood with his upcoming movie ‘Liger’, has reteamed with director Puri Jagannadh for another time. 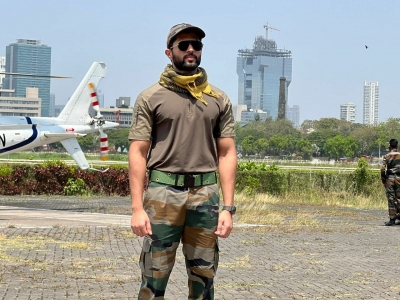 Vijay Deverakonda and Puri Jagannadh announced their next venture titled ‘JGM’, at an exhilarating event in Mumbai, on Tuesday.

Billed to be an action drama, the big-ticket pan-India entertainer will showcase Vijay in a never seen role, aiming for his next breakthrough performance.

‘JGM’ will be produced by Charmme Kaur, Vamshi Paidipally, and Puri Jagannadh, while Puri Jagannadh will pen the screenplay and dialogues along with the direction.

The action entertainer is a pan-India film and will be released in Hindi, Telugu, Tamil, Kannada, and Malayalam.

Elated Vijay Devarakonda, who appeared at the press meet on Tuesday, said, “I am supremely excited about JGM, as it is one of my most challenging scripts. The story is special and it will touch every Indian.”

Vijay continued, “I am honoured to be a part of Puri’s dream project. Looking forward to working with Charmme and her team. I am sure this movie will leave an impact on the audiences.”

The shoot for ‘JGM’ will commence in April 2022 and will be shot across multiple international locations.

Written and directed by Puri Jagannadh this action entertainer is set to release in cinemas in August, 2023 worldwide.

Every woman should stand up when she’s abused: Khushbu

Chennai– Khushbu Sundar, who has conceputalised the story of TV serial ‘Meera’ says she got the spark for the story by observing several instances in which women felt that it was okay to be abused by their husbands because it was considered normal. 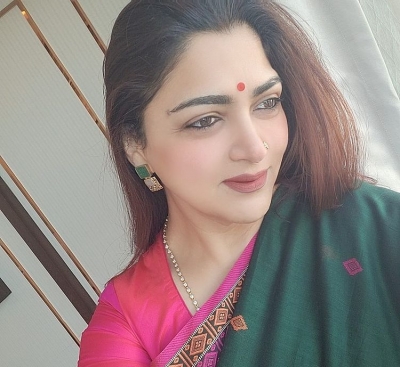 Talking to IANS, Khushbu, who apart from conceptualising the story of the serial also plays the titular role of ‘Meera’, says, “At present, we see a lot of women being abused by their husbands. And they (women) tend to give up their self-esteem and feel that it is okay to be abused because they think that it is part and parcel of married life. I am telling them that it is not right to be abused by your husband and every woman should stand up, if and when abused.

“I’ve seen many instances where this has happened. We can’t say that this problem exists only in the lower strata and that it does not exist in other places. This problem persists everywhere.

“Why do women keep quiet is the first thing. Even if women are educated they think that it is okay and that one has to adjust and tolerate. This is not done.”

Stating that the message ‘Meera’ intends to send out is as much for women as it is for those from the future generations, Khushbu says, “In the serial, my husband plays a very positive role. However, in a fit of rage, he raises his hand against me in front of the children. I am not going to set a wrong example to my children.

“If I keep quiet now, my daughter will say it is okay to keep quiet if a man abuses her because my mother also remained silent. The message is not just for my daughters. It is also for my son. If he sees me keeping quiet, he will think it is okay to raise his hand against a woman.”

Directed by Jawahar and written by Devi Bala, ‘Meera’ is set in an urban milieu and illustrates the spirit of a woman realising her self-worth as she goes through life’s trials and tribulations.

‘Stardust’ was a learning curve for Wamiqa Gabbi

Mumbai– Actress Wamiqa Gabbi, who will be next seen in the upcoming Vikramaditya Motwane-directed web series ‘Stardust’, shared that the film was a learning curve for her as it opened the doors to a different working style for her. 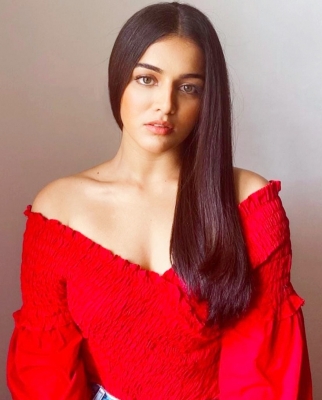 Talking about working on the film which also stars Aparshakti Khurana, Sidhant Gupta and Prosenjit Chatterjee, Wamiqa said, “Art clearly adds a lot to an artiste. This film was a really good learning experience for me. During the first week of our shooting, we were shooting in Mumbai and Vikram sir shared a visual reference photo for a scene for a montage in the film.”

For her, this was a new style of working for which she took a step back and imbibed the process, “As an actor, I’ve never worked like that. But then, I saw that visual reference that Vikram sir had shown, it was beautiful. It was such a great learning experience for me because sometimes you have to keep that actor aside and just see visually.”

She made some really good friends on sets while working as they all had gala time in each other’s company.

On her experience of working with the entire cast of the film, she said, “We all had a blast shooting for the film! Apar, Sidhant and I practically made a small gang on the sets, and we had the best time shooting for the film – even from a learning perspective. As an actor, one has to constantly observe and draw from their surroundings, learn and unlearn a lot of things to get the pitch and tone of characters in place.”

“The sets of ‘Stardust’ and my co-stars proved to be a learning curve for me and I look forward to doing many more of such projects in the future as well”, she concluded. (IANS)