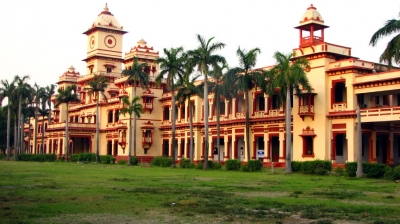 New Delhi– Faculties and research students of Banaras Hindu University (BHU) are doing a vital research on diabetes. The central university will carry out a research on cost-effective anti-diabetic drugs through new routes for which the Central government and the Union Education Ministry have sanctioned Rs 40 lakh.

Nazar Hussain, Assistant Professor, Department of Medicinal Chemistry, Faculty of Ayurveda, Institute of Medical Sciences, BHU, has bagged the much coveted project by Science and Engineering Research Board, a statutory body of the Department of Science and Technology, Government of India, on C-glycosides synthesis.

Hussain said C-glycosides are the derivatives of carbohydrates which are widely used in the treatment of diabetes.

He will be receiving a grant of more than Rs 40 lakh for his reseach in this project. Under this project he will be carrying out research on anti-diabetic drugs through new routes in a cost-effective manner.

Along with the synthesis of anti-diabetic drugs, the project also aims at synthesising some polyphenolic C-glycosides. Polyphenolic compounds are known in the treatment of various viral infections.

This study will also explore the possibility of combining polyphenols with carbohydrates to test their anti-viral activities against different viral infections, including Covid-19. This will be one of the major studies of its kind in the country.

For BHU, it is a matter of great pride as the Department of Medicinal Chemistry has been given a project of such vital importance and significance. (IANS)