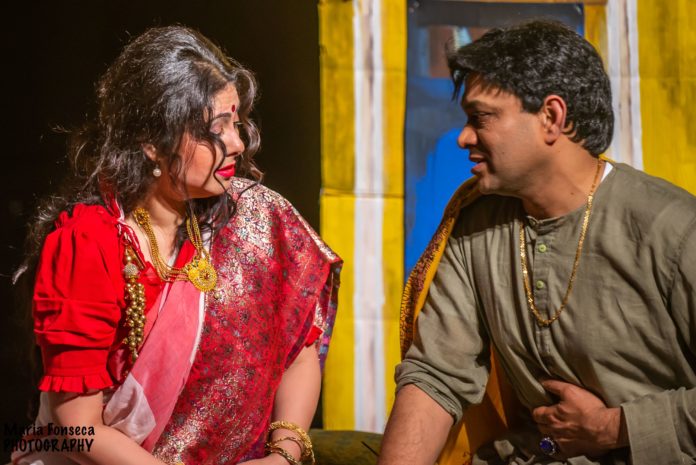 SHREWSBURY, MA–After successful 8-show run, SETU is bringing Devdas to Shrewsbury, MA on Oct. 19 and 20 in collaboration with the Indian Society of Worcester (ISW).

SETU’s mission is to connect cultures, become a bridge between India and America, while ISW’s mission is to bring together people of Indian origin and people interested in Indian culture. Such excellent alignment and synchronization of missions resulted in this with a vision to reach audience from Western Massachusetts and neighboring states. For more information, please visit www.iswonline.org. 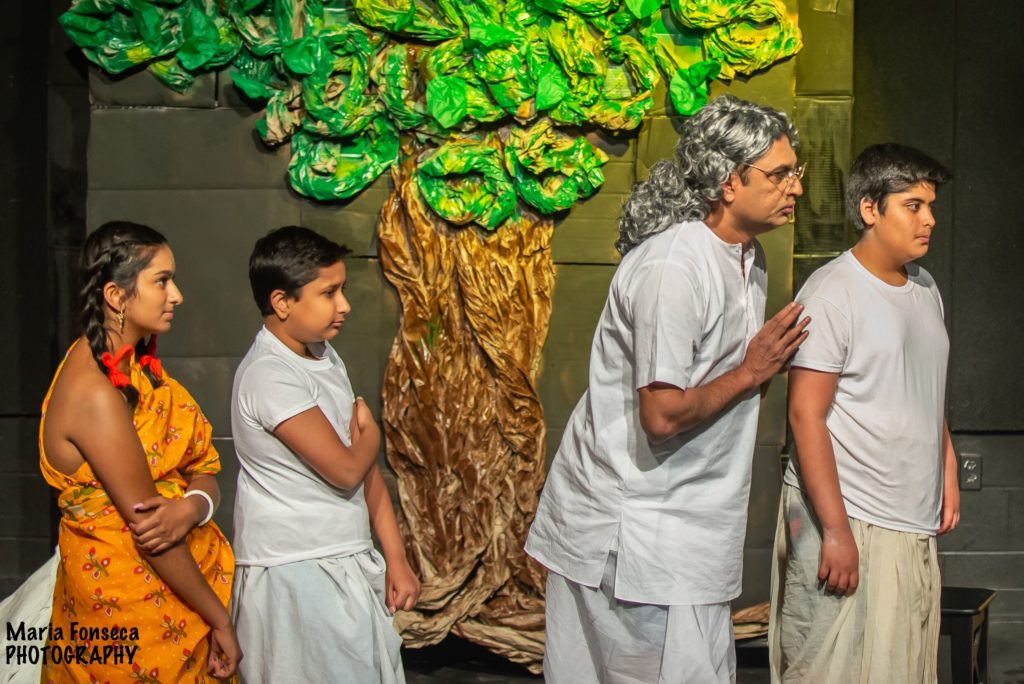 Saratchandra Chattopadhyay’s tragic tale of Devdas has become synonymous with a passionate, intense love that does not find consummation. The novel was published in 1917. A love triangle that has been told and retold many times in Indian cinema. A story all Indians have heard of. An immortal love story. Devdas remains one of the most re-told works of Indian literature, staying relevant for many generations. Yet every time it is told, there is something new it brings to the audience. No matter which character of the story you relate with, the story leaves a lasting impression on you.

Sarat Chandra used his novels to highlight social problems of Indian life. Devdas, is known for its tragedy in romance but if you see it closely, it brings forth many socio-cultural issues in India. Class, caste, dowry and treatment of women. 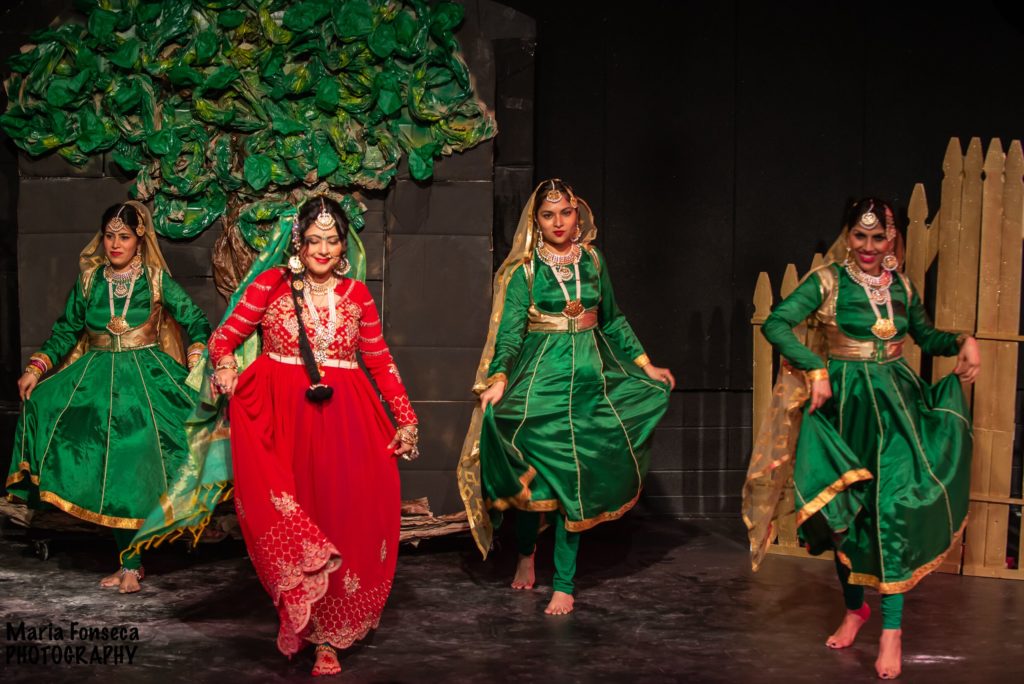 New England’s own theater group “SETU” adapted this beautiful love story to present on stage. The first 8 shows, which were staged in spring of 2019, were all sold out. The play got rave reviews from the audience, both people who knew the story and who did not. Right from the story, to the stage, props, costumes, makeup, music, dances, acting and overall presentation, everything was very well received and appreciated by the audience. 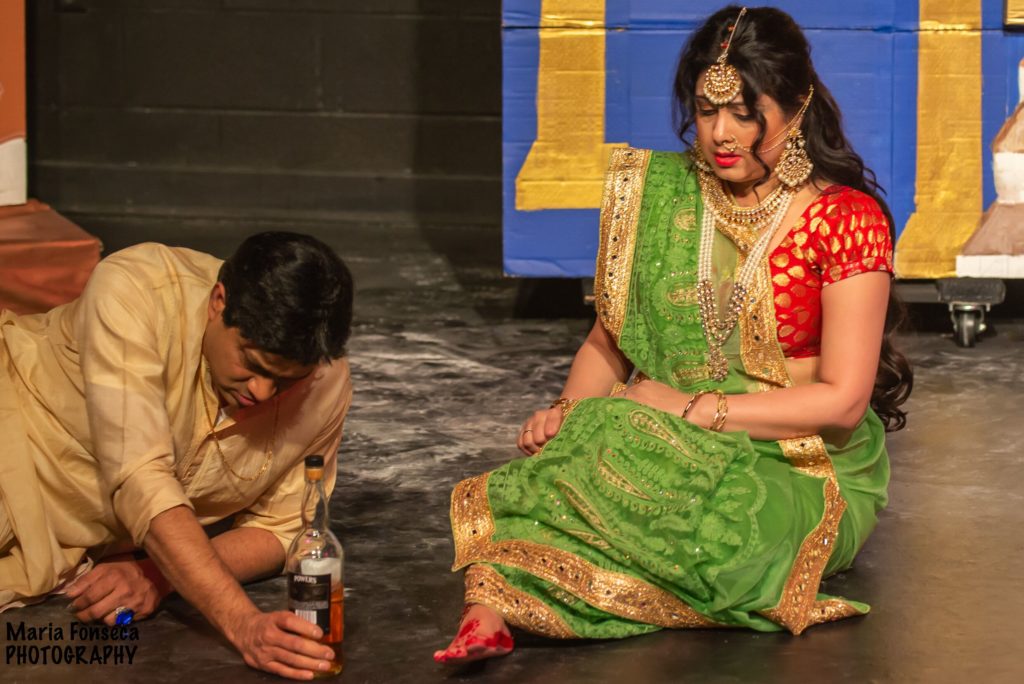 The story starts from the time the protagonist Devdas is a child. His relationship with his best friend Parvati right from their childhood years, and how it molds their lives through adulthood is beautifully presented on the stage as the audience is transported to the early 20th century by the children of 21st century. As the tale is told by the Mukherjee family’s trusted servant Dharmadas, the audience has no choice but become a part of it as they make connections with the various characters. The pain of Devdas’ mother, the scheming of his brother, the pride of Parvati’s father, the plight of her grandmother, the acceptance of Parvati by her step-children, the deep-rooted sadness of Chandramukhi, the happy go lucky attitude of Chunnibabu, they all become emotions of the audience as the story moves on. As you see the destruction of Devdas, you cannot help but feel for everyone around him. Some say they hate Devdas while others cannot help but cry for him. No matter what your feelings are, you cannot escape feeling the story. This fine adaptation on stage gives the audience a chance for total immersion in a story from the early 20th century. 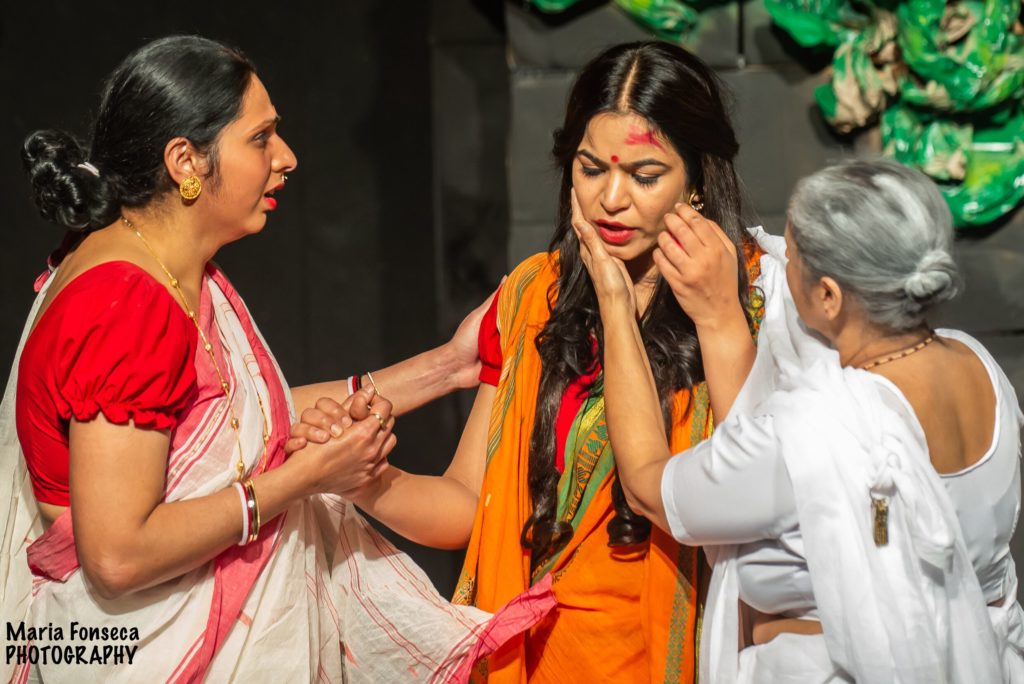 Given the multidimensional nature of ISW and its presence in the community, it is no surprise that they are excited to open their arms to the artists of SETU, and their performing arts talents. ISW is always looking for opportunities to highlight Indian artists and performers, and SETU provides a valuable and exciting chance to showcase local talent, and enjoy the rich and beloved story of Devdas, in the English language. It is a testament to ISW and its volunteers who look for chances to collaborate with local cultural organizations, while presenting Indian art, music and theater accessible to American and Indian audiences. 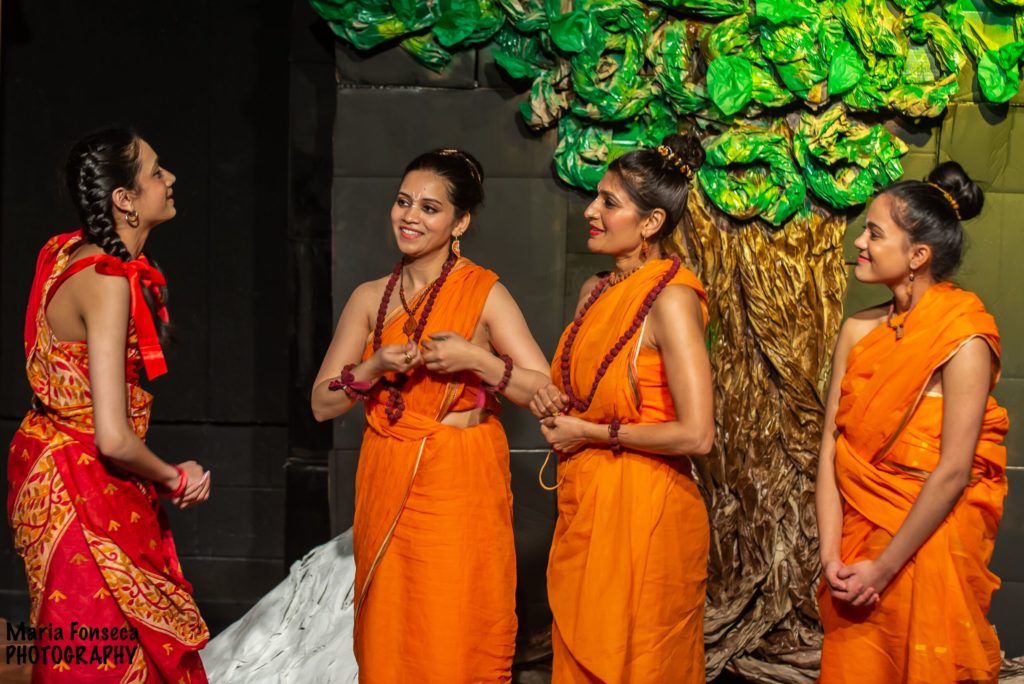 Do not miss this opportunity to witness an epic about love, pride, honor, phony society and its dogma. We promise you will experience something phenomenal.

Get your tickets before they sell out at http://iswonline.org/iswsite3/index.php?option=com_content&view=article&id=785:devdas-stage-show&catid=17&Itemid=118 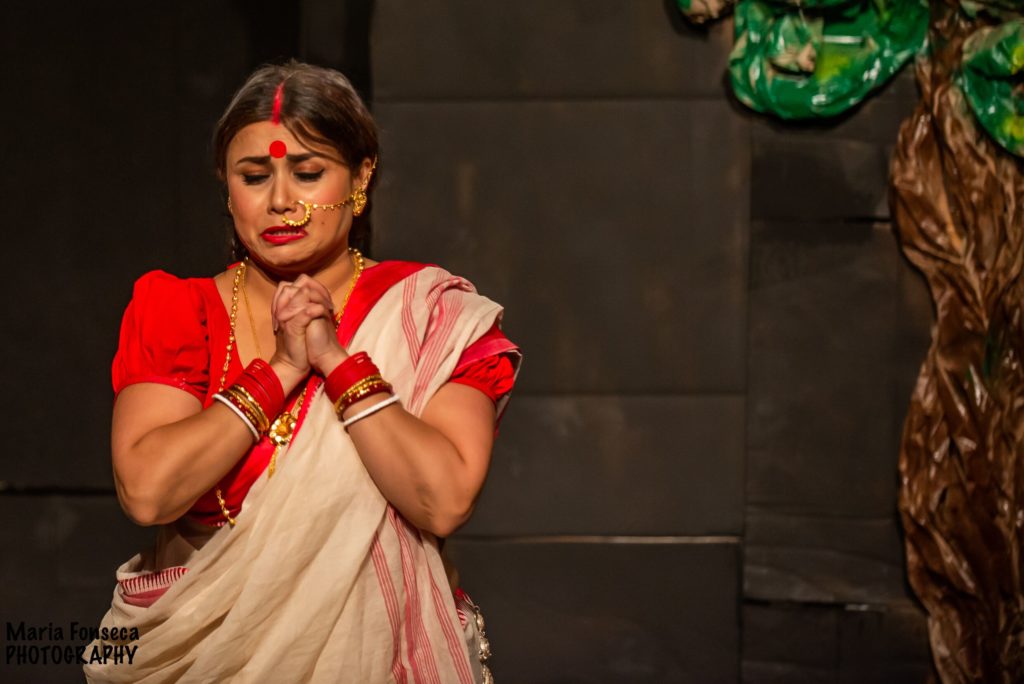 The India Society of Worcester is a cultural, educational, social and charitable institution in Worcester County since its founding in 1963. The purpose of ISW has been to encourage people with ancestral origin in India as well as people who are interested in Indian culture to foster the diverse and rich cultural heritage of India through arts, language, religion. The ISW community also advocates for local and global causes, and acts as a beloved conduit to Indian culture for Indians, whether from India or America.

SETU, a local non-profit organization founded in 2003, has staged several successful productions in the past, some being “Rape, Regret and Retribution”, “Hayavadana”, “Shah Jahan”, “Mahabharata”, “Once Upon a Time NOT in Bollywood”, “Ramayana”, “Kamala” and “The Fire and the Rain”. Visit www.setu.us to learn more about SETU’s productions.

A production like this cannot be possible without the contribution of many. Please see below for the complete cast and crew.