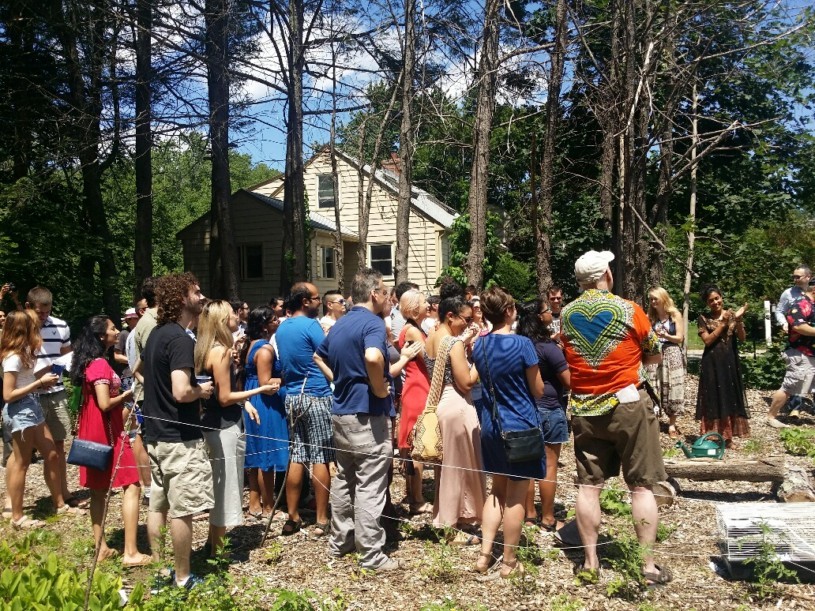 Who is Queen Herpes? She was born on December 14, 2015 as a sacrificial rat destined to immediate death upon birth in a research lab. Later, she was rescued and adopted by Pandey.

“More than a winter ago, one of my friends gave me two rats that were originally destined to death.  Initially reluctant, I provided them with a home and looked after them with a distant curiosity,” said Pandey. “But with each passing day that I spent within the breath of intertwining destiny, I found myself captivated in their exploration of the new world and the nucleation and growth of their individual personalities.” 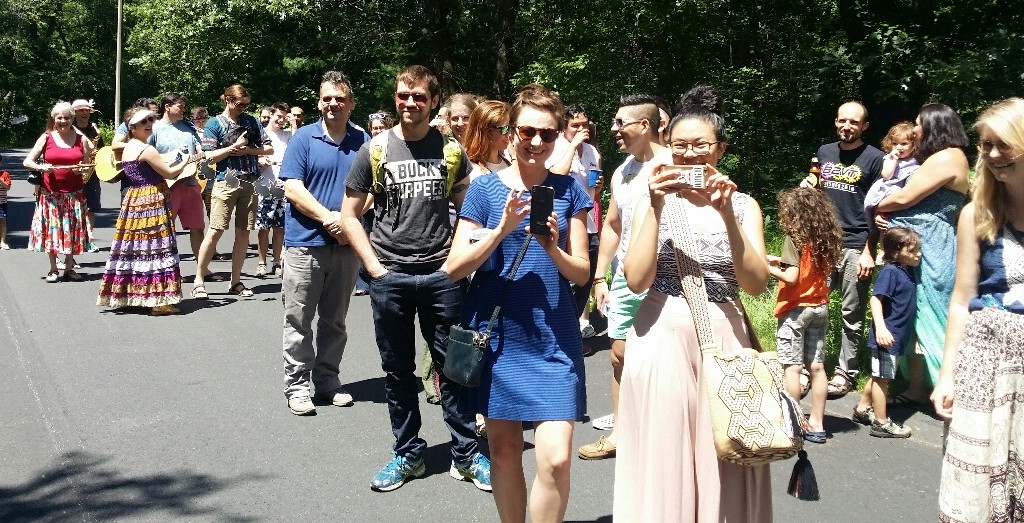 “While watching them learn the properties of this world, I saw a dynamic range of complexity that convinced me that they were far more than a simple biological robots. Soon, I build entire structures for them where I hid their food to enhance intellectual stimulation.  I bought an ultrasound detector to hear their laughter when I tickled them.” 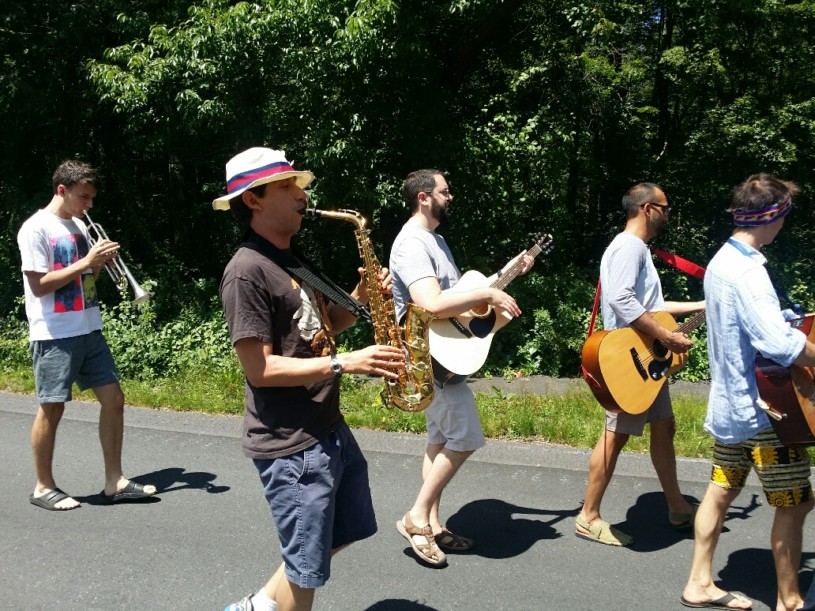 Pandey said his mother Rita Pandey (whom he calls grandmother of the princess) accepted them and became similarly entranced.

“When one of them developed a benign mammary tumor, I had it removed by a vet and then, with a friend, sliced and stained the tumor and turned it into artwork. I named them Her Royal Highness Princess Herpes The First and Third.  They learned by themselves to open doors, to navigate our home, and to escape from the walls of their enclosure,” Pandey said.  “These moments made me wonder about life.  If an infinity can exist between 0 and 1 as it can exist between 1 and 1,000,000, perhaps there exists a similar idea of infinity in the journeys of both rat and human.” 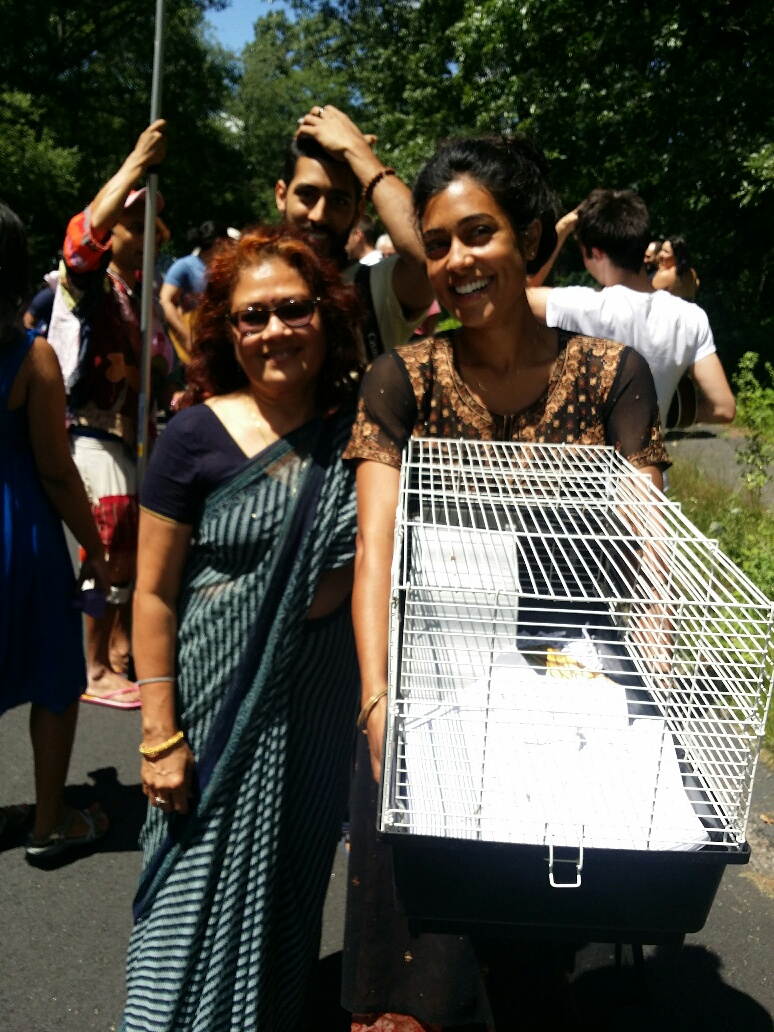 On Saturday July 8, to celebrate several culminating events (including getting a Ph. D degree) in his life, Pandey and his family held a coronation ceremony for Her Royal Highness Princess Herpes The First who was made a queen.

After a Royal lunch, more than 50 guests lined up on a nearby street in Lexington, MA, with a small marching band.  A Royal Ambassador (a rabbit) was also present.

“We marched to a large stump that was left after a sacred tree fell on our land.  The ceremony was officiated by the head of our matriarchal family, Empress Rita Pandey and her daughter Shalini Pandey Vimal. While silly, sometimes our normalcy needs to be dislodged, and from within the resulting vacuum, we need to create a truly diverse community composed of different ages, religions, genders, and races,” Pandey said.  “From within moments like these, I believe we will eventually germinate the seed of peace.”

The attendees of the event were overwhelmed and enjoyed the march and ceremonies and said they had never attended, seen, heard or red about any Royal Coronation of a rat. “It truly was a history making event,” said one guest. 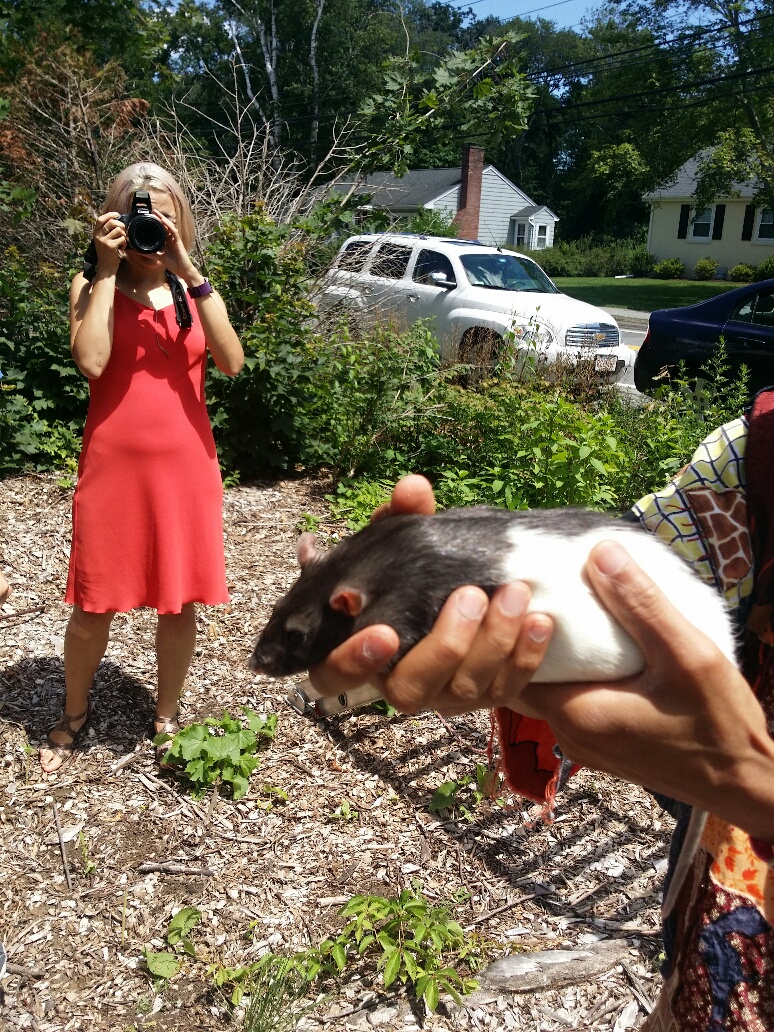