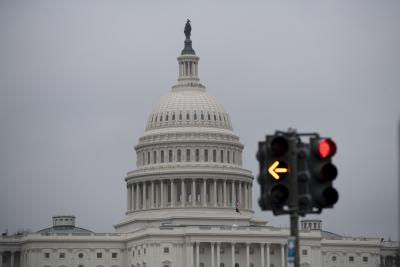 Washington– The US Senate passed a narrow legislation late Thursday that could go on to become the first gun control measure passed in more than three decades.

The legislation was passed in a 65-33 vote with 15 Republicans joining the 50 Democrats in a rare show of bipartisanship on gun control. The measure must now be passed by the House of Representatives to make it to President Joe Biden’s desk for his signature and enactment.

Speaker Nancy Pelosi has said that the House of Representatives will take up the legislation on Friday. The Biden White House has already signaled the president’s assent to the bill telling reporters he will sign it.

“This bill is a compromise,” said Democratic Senator Chris Murphy, who led the negotiations, right before the vote. “It doesn’t do everything I want. But what we are doing will save thousands of lives without violating anyone’s Second Amendment rights.”

The legislation makes a modest attempt at restricting access to guns. It expands background checks for prospective buyers between 18 and 21 – both the Buffalo and Uvalde shooters were 18; includes abusive dating partners in the list of those who could be prevented from buying guns; and, finally, it seeks to incentivise states to introduce red-flag laws that would allows law enforcement or relatives to prevent guns from falling in the hands of people who could harm either themselves or others.

The bill also seeks to pump in $15 billion into school safety and mental health care.

“This is the sweet spot a making America safer, especially for kids in school, without making our country one bit less free,” Mitch McConnell, the top Republican Senator said on the floor of the chamber. “I thought it was time to act, and if (Democrats) were willing to join with us and pass legislation that actually targeted the problem, which is school safety and mental health, why would we not want to do that?”

The bipartisan legislation was negotiated by 10 Republican and 10 Democratic senators amidst national outrage triggered by the killing of 10 African Americans at a grocery store in Buffalo, New York and 19 children at an elementary school in Uvalde, Texas just 10 days apart. (IANS)