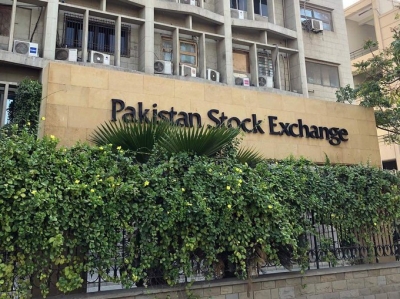 The benchmark KSE-100 index opened in the green in line with its positive trend a day earlier; however, it soon plunged a massive 2,053.35 points or 4.81 per cent, Geo News reported.

In his address to the nation, the premier announced that a 10 per cent super tax would be imposed on large-scale industries including cement, steel, sugar, oil and gas, fertiliser, banking, textile, chemical, beverage, and automobile sectors.

Tahir Abbas, head of research, Arif Habib Limited, said the market is reacting to the news of the imposition of super tax on large-scale industries, Geo News reported.

“A 10 per cent super tax on large-scale industries is on the higher side and the market didn’t expect this, therefore the reaction is intense,” he said.

The analyst was of the view the market will now stay under pressure in the days to come until budget 2022-23 is passed in the National Assembly and the finance act is released, which will reveal the exact details of the “tough” decision taken by the government.

Shehbaz Sharif on Friday announced that to control the “storm of inflation”, the government would be imposing a 10 per cent “super tax” on large-scale industries, Express Tribune reported.

In his address, the premier discussed the “tough” economic decisions taken by the incumbent coalition government, as Pakistan edges towards a default.

The premier stated that the revenue generated from the “super tax” would be beneficial for “poverty alleviation” in order to support the burden of inflation on the masses.

Sharif stated that the cross-subsidy would be used to strengthen public services such as education and the health sector. He added that the such policies were necessary to reduce the country’s reliance on foreign loans.

While announcing the increased tax rates, Sharif stated that the “rich would have to do their part” to alleviate the burden of inflation on the poorer segments of society. (IANS)