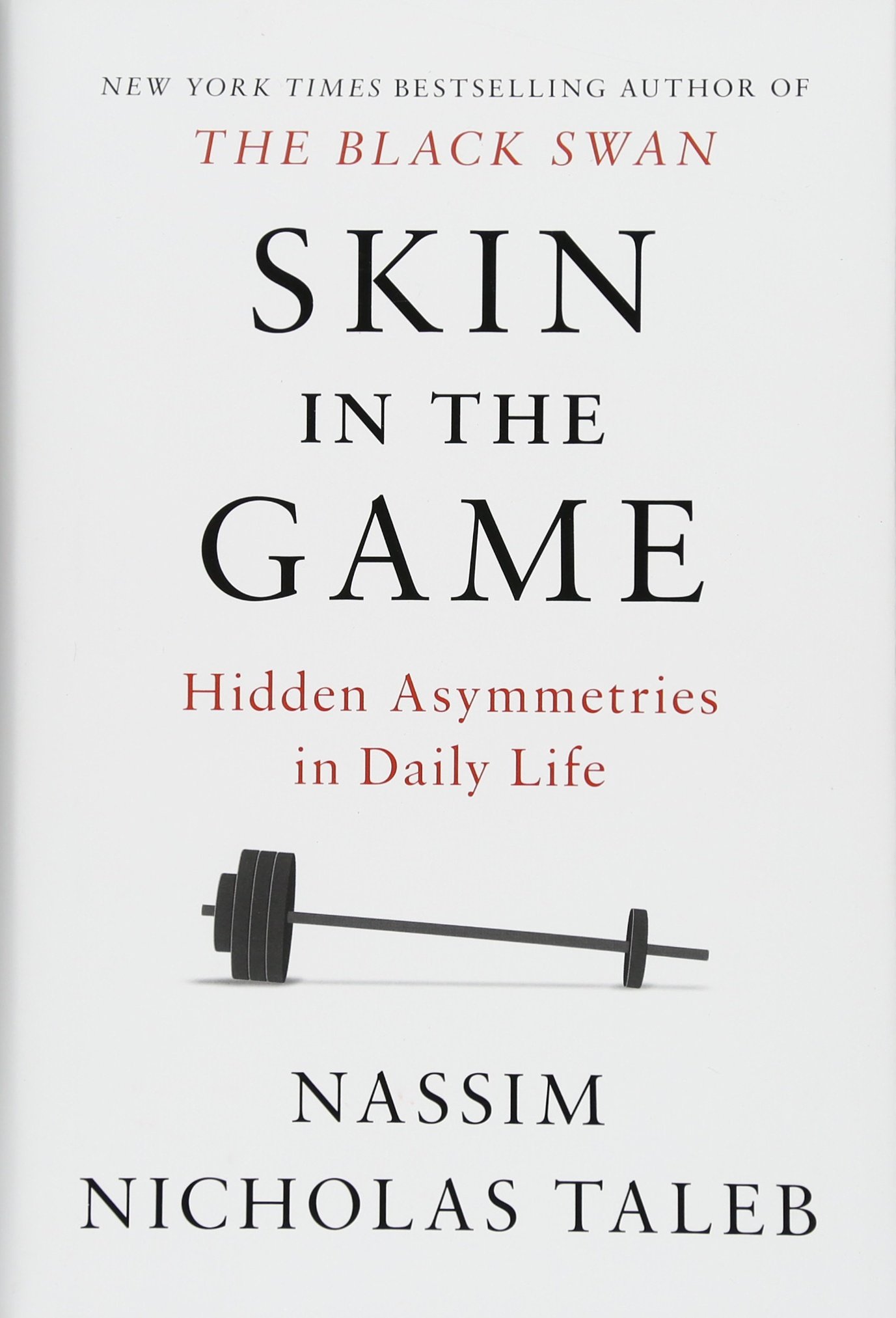 Things which should seem obvious are often not so in this complex world of ours — where randomness, probability and uncertainty play more of a role that we can conceive. Another key factor is of the unequal risk, or rather consequences — good or bad — as far as advice, decisions or policies are concerned.

It is in this that we see a curious asymmetry. Experts, or others in position of authority, who make the rules which impact thousands of people, may themselves be exempt from the consequences or remain otherwise unaffected — be it business, religion, foreign policy and so on.

This, as Lebanese-American essayist, scholar, statistician, former trader, and risk analyst Nassim Nicholas Taleb brings out in this book, is what can be called “skin in the game” — or its lack thereof. The phrase, coined probably by legendary American investor Warren Buffett, connotes an actor’s (not the screen sort) direct stake in the outcome of a decision they have taken or influenced.

It scarcely seems a desirable state of affairs, but as we learn here, it can explain why companies go out of business, or national economies go belly-up, why some minorities with marked intolerant traits end up with disproportionately large influence, or “exporting” democracy to other countries never works.

It may show why politicians with obvious character flaws seem more real than bureaucrats with impeccable credentials.

Skin in the Game, argues Taleb, is not only necessary for fairness, commercial efficiency and risk management, but also to explain a lot of the world’s other mysterious matters

In the fifth and latest in his “Incerto” series which seeks to investigate the “opacity, luck, uncertainty, probability, human error, risk, and decision-making when we don’t understand the world”, he tries to deal with the phenomenon. This is needed, he says, for “bull***t identification and filtering, or the difference between theory and practice, cosmetic and true expertise…”, and to identify “the distortions of symmetry and reciprocity in life: If you have the rewards, you must also get some of the risks, not let others pay the price for your mistakes”. Then there is information-sharing, and finally “rationality and the test of time”.

Taleb goes on, in his characteristic conversational style, to explain the significance of his concept, and its implications, especially those not immediately obvious or rather less obvious — including why surgeons look like surgeons, why do genes and languages spread differently, or how the scale of communities matters, and so on.

But while his thesis that the level of someone’s stakes in particular outcome is a vital, thought-provoking yet underrated determinant of events is significant with several implications, well explored throughout the book, there are several shortcomings too — both on content and proceedure.

Sometimes, his overall philosophy appears to be contradictory. He never misses any opportunity to rail against intellectuals (termed “Intellectual Yet Idiots”), academicians (especially economists and behavioural psychologists), thinkers — and even book reviewers, for some strange reason — while praising “doers” and men of practice. As he says: “Avoid taking advice from someone who gives advice for a living, unless there is a penalty for their advice.”

So what about his advice — for he doesn’t offer to hold him liable for what he professes, and thus the logical basis is faulty.

And then Taleb constantly pitches practice over theory — which is open to question. How can his intellectual exercise convince us to forgo the benefits (there are a few) of intellectual advice.

He does identify a problem but doesn’t provide proper solutions or deal with issues like conflict of interest, except dismissing them summarily.

And why does he have to be condescending and offensive? He uses profanity, though camouflaged (he takes pride in telling us how in response to an appeal from someone seeking he be more polite, he responded with full invective), and there are the ad hominem attacks on everyone from Steven Pinker to Thomas Piketty — also Spanish grammar experts. They crop up so much and so irrelevantly that its not even a running gag.

So read this as a good — though much disjointed — exploration of a key phenomenon but don’t expect it to show the way out. (IANS)